Grief, friendship and comedy. Those are just three topics of discussion in Christina Applegate and Linda Cardellini’s new dark comedy for Netflix. Applegate plays recent window Jen Harding in Dead to Me, while Cardellini portrays Judy Hale; the two meet at a grief support group. Little do they know, their stories are intertwined.

However, while Applegate’s character is described as a “tightly wound window,” that’s just on the surface.

“I think that that’s putting the character into a box that you cannot — the character is so much more fleshed out than that,” the actress, 47, tells Us Weekly exclusively. “She’s a widow who’s in incredible pain and doesn’t know how to deal with it in the way that society is asking her to deal with it. So she’s angry. She’s vulnerable. She’s rageful because the world threw something at her that she wasn’t expecting.”

The series marks the return to TV for the Emmy winner since NBC’s 2011 comedy Up All Night, which was quickly canceled. However, this role is unlike anything she’s ever done before – and that’s something that she was drawn to. 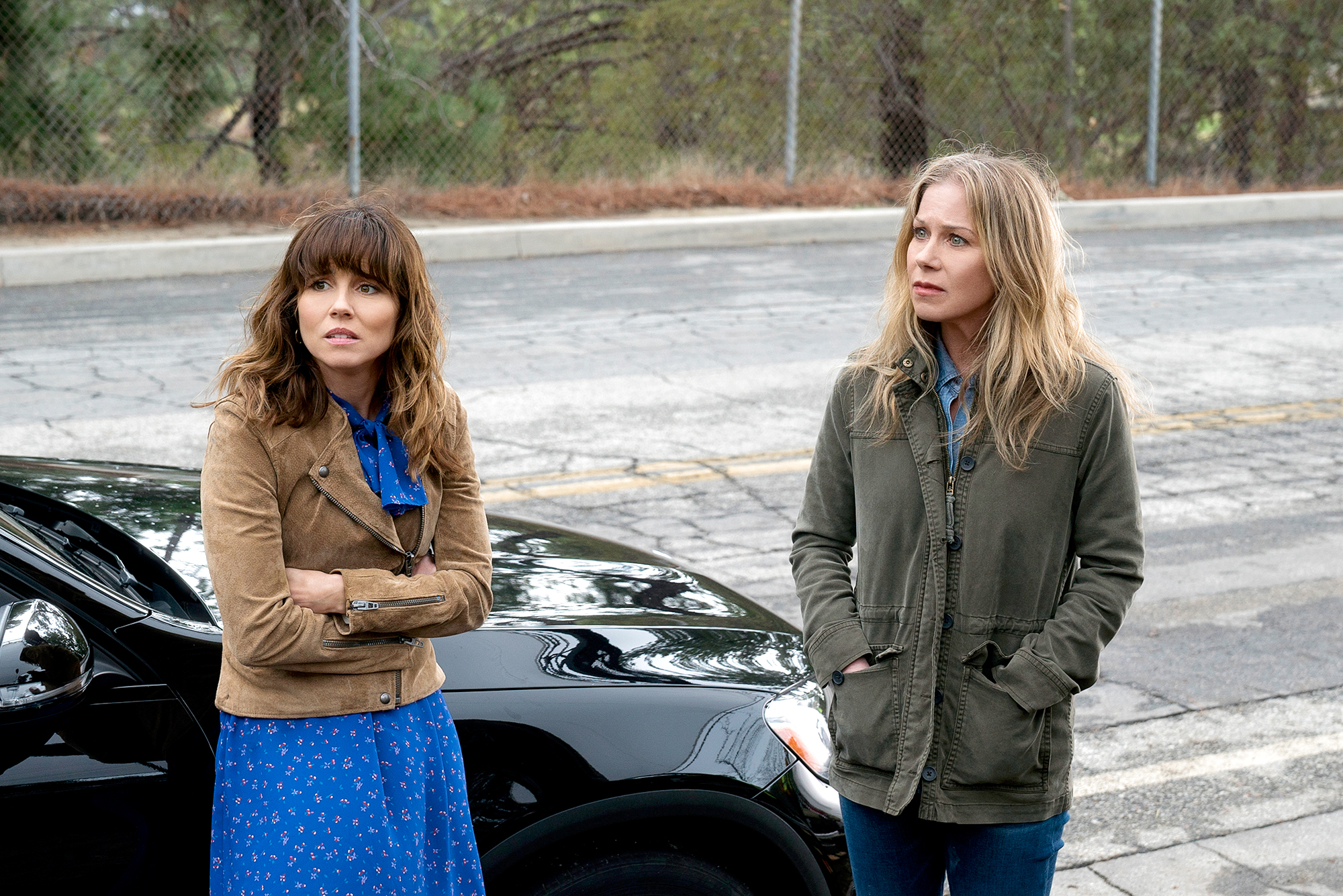 “I love that it was suspenseful but also funny. The comedy’s coming out of complete and utter pain and grief,” she told the L.A. Times. Besides the content, the Married… With Children vet was also drawn to Cardellini.

“She’s just wonderful. Her character is polar opposite of mine,” Applegate tells Us. “But at the same time, the rapport that they have … they have the same thing going on, which is intense grief and loss. You can’t put a timeline on that, and you can’t put, like, how you should feel. And these women are dealing with their grief and their loss and their pain in their own individual ways.”

Dead to Me is streaming on Netflix now.

With reporting by Nicole Pajer