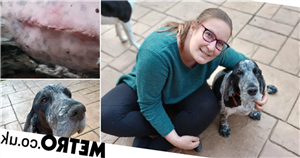 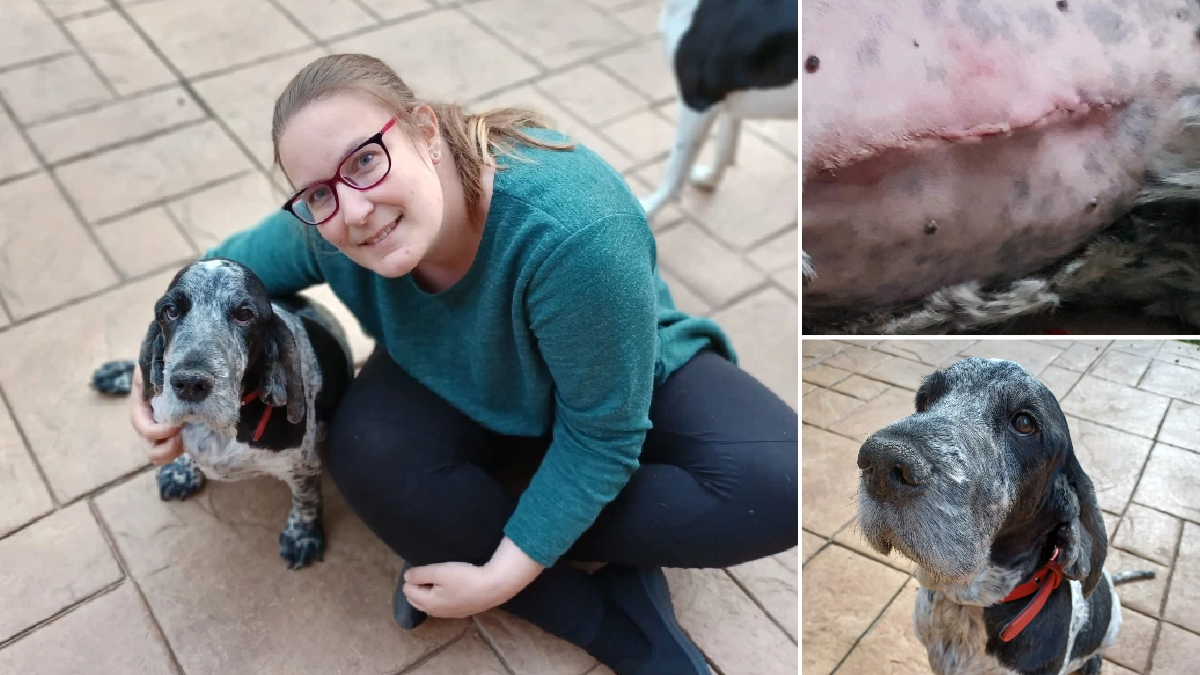 With sunny weather and a bank holiday today, you might be tempted to get the BBQ out.

But one pet owner is warning others to keep an eye on animals after her cocker spaniel grabbed a wooden skewer and swallowed it whole, perforating his stomach lining

Pooch Bobby, who is nearly 10, needed life-saving surgery as it got wedged inside him.

Owner Julie Sykes, from Doncaster, saw the spike-like skewer disappear down Bobby’s throat when he grabbed it from her son Harvey as the family celebrated Harvey’s 11th birthday.

Unsurprisingly, Bobby quickly became uncomfortable and reluctant to sit down, requiring an emergency appointment at the Vets Now emergency clinic in Doncaster.

Staff examined Bobby and told Julie surgery would be the best option.

As the skewer was made of wood, they weren’t able to see it on x-rays beforehand.

Bobby was anaesthetised and then, the vet opened his stomach and immediately discovered that the skewer had perforated it – causing his abdomen to become badly inflamed.

Thankfully, she was able to carefully prise out the skewer in one piece before it could do any more damage.

Bobby’s incision was closed, and he was monitored closely for the rest of night.

Luckily, the next morning he was well enough to be transferred to Julie’s regular daytime vets.

After four days there, he was able to return home and he’s now back to his normal self.

Julie said: ‘As a pet owner in that situation you just want to know that your pet is in the safest hands – and that was definitely the case.

‘Bobby is a huge part of our life and I dread to think what it would have been like if we’d lost him.’

‘The skewer was very long and sharp — and it was only a few millimetres away from causing Bobby more serious and potentially fatal damage,’ said district vet Jacqui Seymour.

‘But, thankfully, our experienced vet was able to remove it quite quickly and treat the inflammation to his abdomen. We’re all so pleased he’s made a full recovery.’