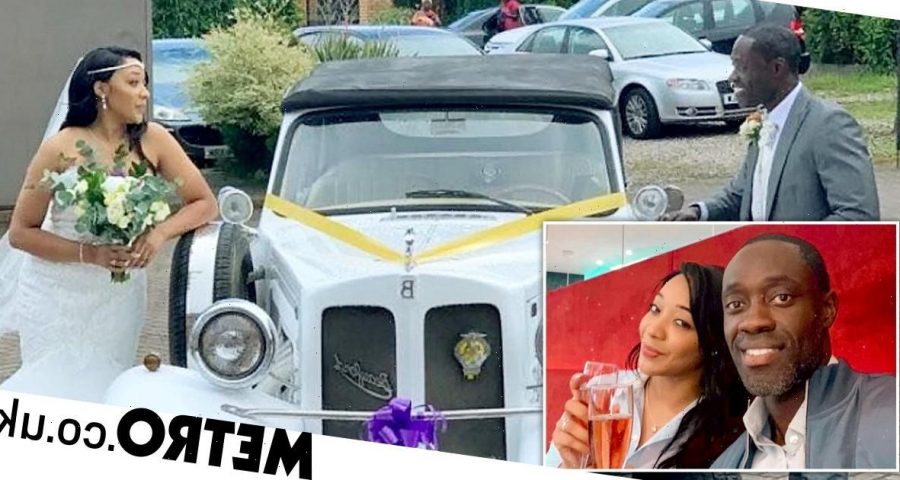 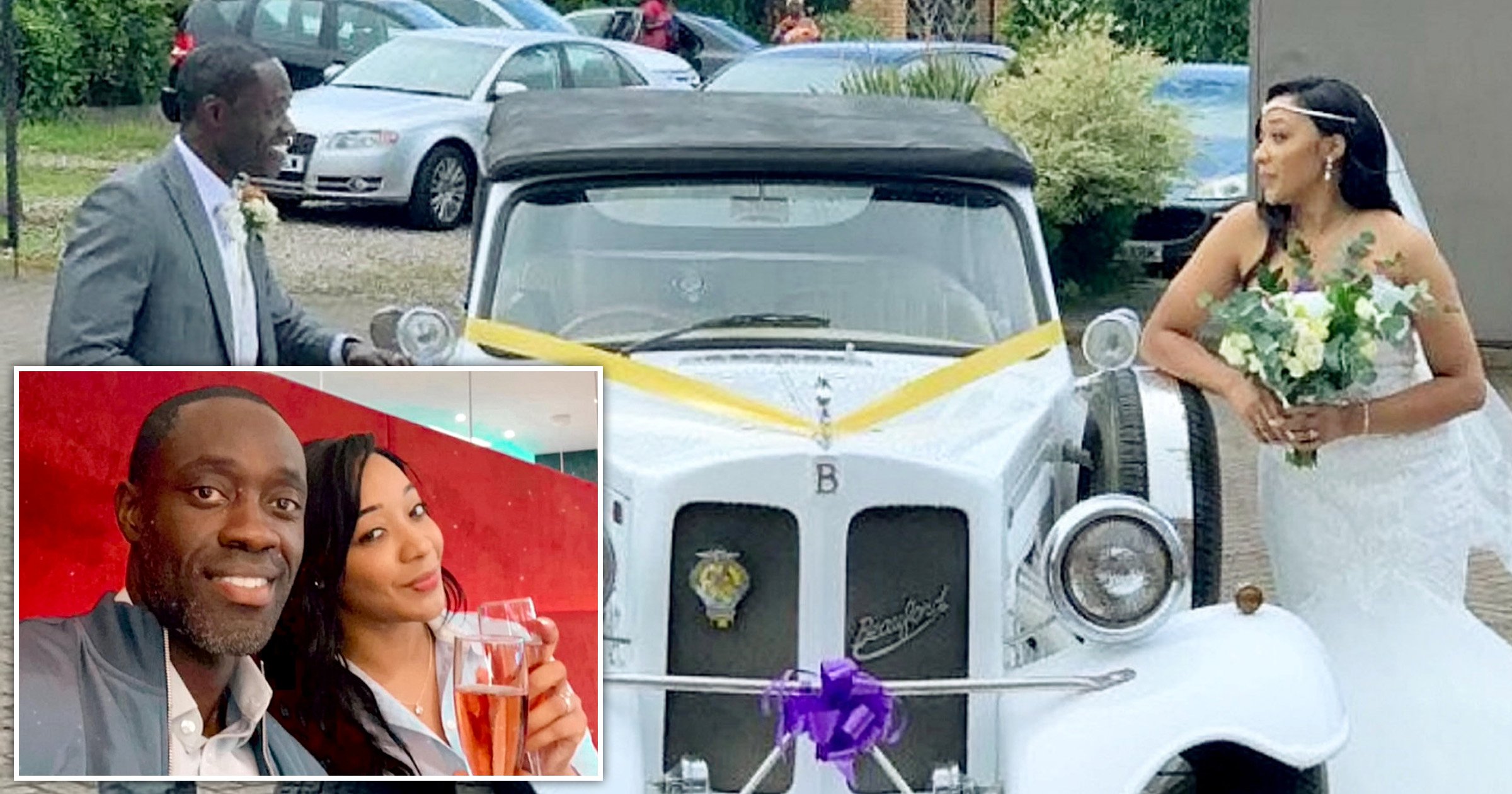 Nana Osei-Adjei and Tremaine Osei-Adjei swapped numbers after getting into conversation while waiting for their flights in a departure lounge at Heathrow Airport.

Just 20 months later, they married and now they have a baby – who they found out was on the way during their honeymoon.

The whirlwind romance began with a simple ‘hello’ when Nana, 40, approached Tremaine, 29, back in December 2019.

He noticed she was sat alone and, after walking by several times to check no partner had joined her, decided to start talking.

‘I was at the terminal minding my own business and eating some food when he walked past me and approached me.

‘He thought I had a husband or was travelling with someone.

‘But after he had been observing me for a couple of minutes, he saw I was sitting by myself.

‘Initially I wondered if he wanted directions but he came up to me and asked if I was okay – Afro Nation festival was happening in Ghana at the time and he asked if I was going.

‘When guys approach me, I’m usually a bit reluctant so I was trying to make him think I lived in America but through the conversation I was like “no, I’m from Wolverhampton”.

‘We were talking for two or three hours in the airport and he was travelling first-class so we went to the lounge and enjoyed the ambience with champagne.’

They even then had a picture taken together on that first meeting.

‘When he was about to board his flight, he gave me a kiss on the cheek and posted a picture of us in the airport on his WhatsApp.’

They swapped details and while on their holidays, continued to talk and bond.

Tremaine then told her brother about the man she had met at the airport – meanwhile, Nana told his aunties and family about the woman who he wanted to make his wife.

When they had both returned to the UK in January, they had their first date in the West Midlands.

Just a month later, they decided to start a relationship together in February 2020.

After dating for almost exactly a year, Nana proposed to Tremaine in front her family on February 2021.

Tremaine, a mindset and recovery coach, said: ‘We came down to their house and my mum called me and asked me to get the hoover.

‘I came downstairs and Nana was dressed in a suit with a bible, he pulled me aside and said he loved me, got on his knee and took the ring out.

‘Our wedding was several months after, in August 2021.

Adding more joy to their relationship, the couple then had their first child, Zacharia, earlier this year.

Speaking about their chance encounter, Tremaine said: ‘I felt very safe and I knew he was somebody I could trust.

‘We were just quizzing each other about marriage and religion, things you would usually ask on the fourth or fifth date.

‘I felt so comfortable with him and when he was about to board his flight he gave me a kiss on the cheek.

‘I sent a picture to my mum saying I’d met this cool guy at the airport and he spoke to his brother on the phone and told him “I think I’ve met my wife”.

‘For the first time in my life, I felt really safe with him.’

The spark was there for Nana instantly too, and he’d been single for six years at that point.

He said: ‘I know if I was five minutes early or late I would have missed her and there would have been no way of ever meeting her otherwise as it was so unlikely we would have met a second time.

‘Once I got through security, I was trying to navigate my way to the lounge and then I saw Tremaine.

‘I looked at her and thought “oh wow, she is so amazing, she’s beautiful, she’s very attractive” and I was very smitten.’

He then felt ‘obligated’ to say hello.

He added: ‘There was something in my heart that felt if you don’t speak to her and board the plane you’re going to have a regret that you never spoke to this woman.

‘We went to the lounge and the conversation we were having were as if we had known each other for weeks.’

When people ask how they met, he loves telling them ‘it’s like a movie’.

‘I never get bored of telling the story and we really think it was destiny, as soon as I saw her I just felt there was something special.’