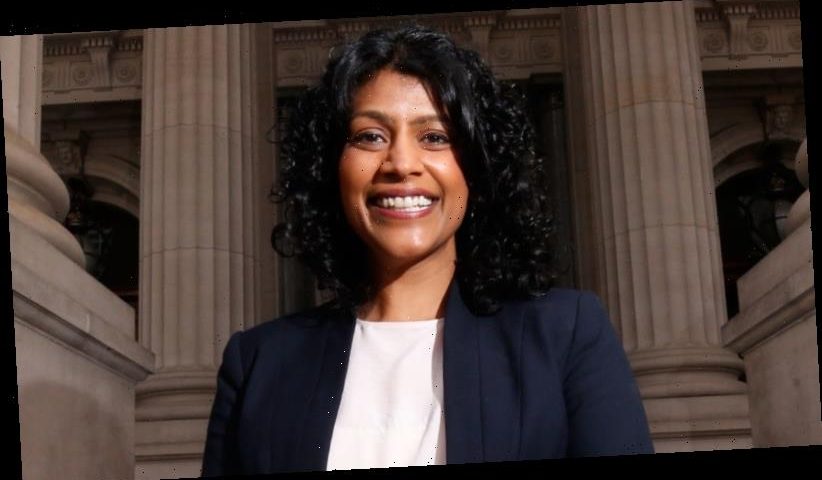 The government could be forced to waive hefty fines issued to teens who broke coronavirus restrictions under a raft of demands issued by the Greens to secure their support of an extension to state of emergency powers.

Greens leader Samantha Ratnam said fines handed to young people were among the key concerns she had raised as part of her negotiations and the government had responded “positively” to her requests to waive or reduce the infringements. 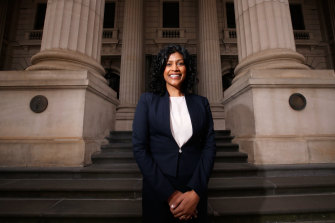 Greens leader Samantha Ratnam says she has not decided whether to grant the government a nine-month extension to the state of emergency powers.Credit:Darrian Traynor

Legislation to extend the Public Health and Wellbeing Amendment (State of Emergency Extension) Bill – which allows for coronavirus restrictions and lockdowns to be enforced – has already passed through the Labor-controlled lower house.

However, the government must this week reach a deal with the upper house on the powers, which are set to expire on March 15.

Labor needs the support of at least three crossbench MPs to pass the legislation.

Ms Ratnam’s vote was pivotal in September, when she briefly cut short her maternity leave to help the government get its current state of emergency extension over the line.

The Greens leader said she had not decided whether to grant the government a nine-month extension this week.

“Right from the outset, the Greens have backed a public health response fully but we have been concerned about how that response has been implemented,” Ms Ratnam told The Age.

“These are unprecedented times where governments have extraordinary powers and that’s why it’s important … for the government to have checks and balances over their powers.”

Victoria Police had issued 1560 fines, valued at more than $2.3 million, to children under the age of 18 by December 15, according to the latest available data.

Ms Ratnam said she was concerned young people had been “lumped with huge fines they can’t pay. We’re talking to the government on how that can be fairer for young people going forward.”

In a major win for key crossbench MPs, the government has already backflipped on its opposition to protests and enshrined into new coronavirus rules issued on Saturday greater protection for people rallying on the street. Under a compromise being thrashed out with the Greens, the government has been urged to issue guidelines on protests, provide amnesty for young people fined over COVID-19 breaches and adopt the recommendations of the Victorian Ombudsman’s report on the lockdown of public housing towers last year.

Victoria recorded no new local cases of coronavirus on Sunday, with the number of active cases falling to 15. The first vials of the Oxford University-AstraZeneca vaccine landed on Australian soil on Sunday morning, more than doubling the country’s number of vaccine doses.

Monday marks the anniversary of Australia’s first COVID-19 death. West Australian James Kwan, 78, died at Sir Charles Gairdner Hospital on March 1 last year. He was one of 164 Australians flown out of Japan after being quarantined aboard the Diamond Princess cruise ship.

Federal Health Minister Greg Hunt said the delivery of 300,000 vaccine doses was “another point of hope” and “another point of protection” in the pandemic, which has killed more than 2.5 million people worldwide.

The state of emergency is the legal tool that allows for coronavirus-specific rules to be made and enforced in Victoria, including face masks, density limits in pubs and cafes and the mandatory 14-day isolation of confirmed COVID-19 patients and their close contacts. A Roy Morgan SMS survey published on February 4 found 60 per cent of Victorians wanted the state of emergency to be extended for a further nine months.

Support for extending the state of emergency was greatest among Greens voters (73 per cent), followed by Labor supporters (65) and Coalition voters (56).

Reason Party MP Fiona Patten last week told The Age she would support a three-month extension if the government agreed to implement a “traffic light” system before announcing any statewide lockdown; enshrined the “right to protest” in the amended bill; and accepted the recommendations of the Ombudsman’s report into the public housing tower lockdown.

A Victorian government spokeswoman said: “Discussions are ongoing with the crossbench in regard to the extension of the state of emergency bill and we’ll have more to say at the appropriate time.”

The negotiations follow a further loosening of Victoria’s COVID-19 restrictions on Friday, which allowed a return to no masks outside, 30 visitors to homes each day and public gatherings of up to 100. Public and private sector offices are allowed up to 75 per cent of their workers back from Monday.