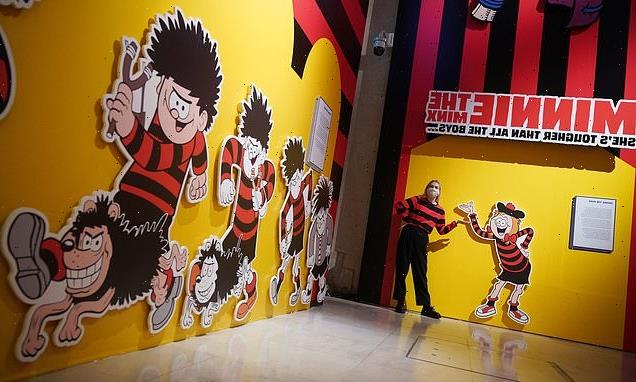 CRAIG BROWN: Harrumph! The Beano has gone all PC… Eight things you didn’t know about the comic

1 An exhibition devoted to the Beano comic — Beano: The Art of Breaking Rules — opened this month at Somerset House in London.

Among the distinguished guests attending the opening were Dennis the Menace, Lord Snooty and Minnie the Minx.

Roger the Dodger was nowhere to be seen. 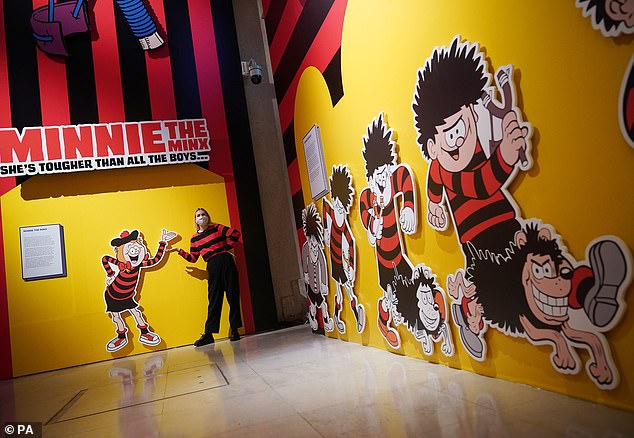 Gallery staff Abi Francis poses next to a display of Minnie the Minx at Beano: The Art of Breaking the Rules at Somerset House in London 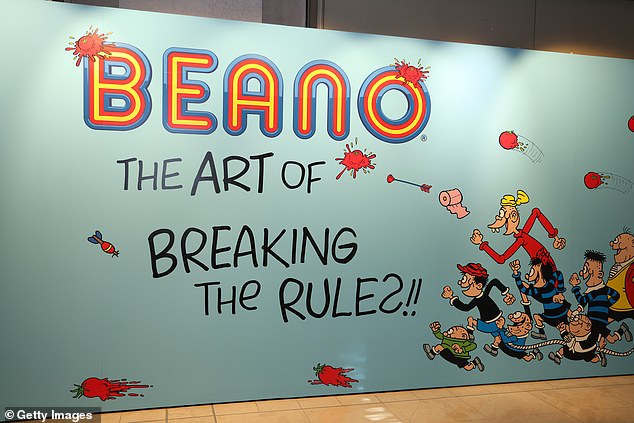 3 Several senior Bash Street Kids had changed so much over the years that they managed to pass unrecognised by fellow guests.

In the early 1980s, Plug underwent extensive facial enhancement at a top surgery in Harley Street.

Having changed his name to Beau, he enjoyed chart success with a leading boy band.

Fatty joined WeightWatchers in 1999. Two years later he changed his name by deed-poll to Fitty and married a supermodel, Flirty.

But a close associate suggests that happiness continues to elude him.

‘I sometimes catch him glancing at others tucking into bangers and mash, and a sad expression comes over his face.

‘I think he misses all those slap-up meals at the Hotel Posh.’

4 Many past members of the Beano cast have enjoyed huge success in the outside world.

After a high-flying career in public relations, Dennis the Menace was raised to the peerage in 1999, and invited by Tony Blair to join the Cabinet.

‘Lord Menace has a proven record for winding people up, and I know he will be bringing those particular skills to his new role,’ said Blair.

As Minister for Transport, he was responsible for introducing frequent announcements telling passengers to take care while walking rather than slip over and to carry water at all times rather than perish from dehydration.

Menace came up with one of the best-known phrases in modern times. On Desert Island Discs, he said that the slogan came to him in a flash.

‘I’d been up all night wondering how to irritate the entire population of Britain using just five words. 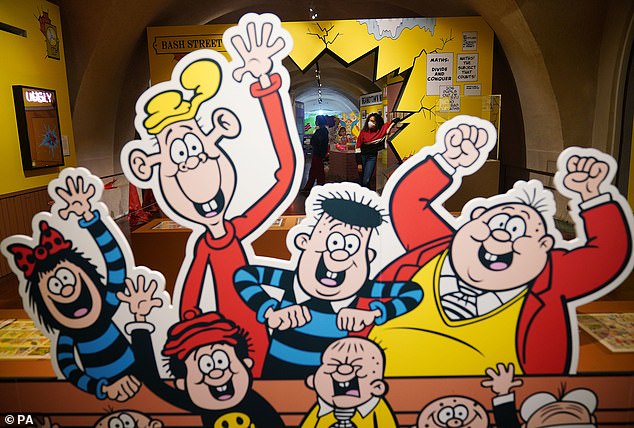 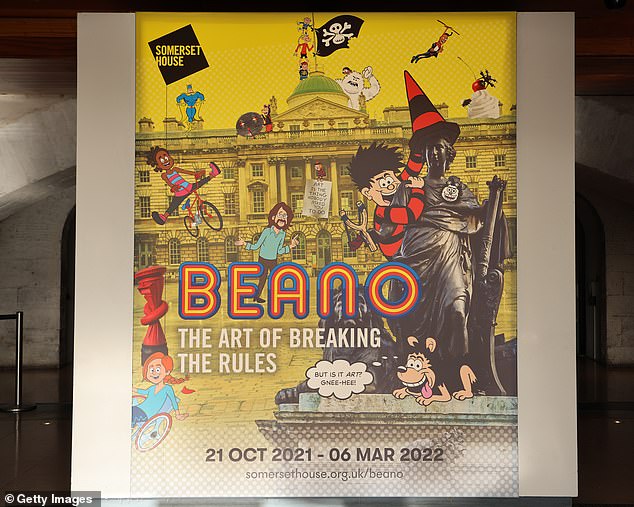 5 More recently, Lord Menace has been hard at work campaigning for the legalisation of the electric scooter.

‘I have high hopes that we will all be able to ride e-scooters along the pavements by the end of this year,’ he told reporters at Somerset House.

‘But first we have to get the pedestrians to move out of the way. Whizz! Screech! Zonk! Oops!’

6 Despite much evidence to the contrary, senior Conservative Jacob Rees-Mogg continues to deny that he is the bookish, flower-sniffing character Walter from the Dennis the Menace strip in Beano.

But proponents of the theory point out that Jacob and Walter have never been spotted together in the same room.

7 Billy Whizz, the world’s fastest boy, embarked on a Mindfulness course in 2007.

He now travels everywhere at an average speed of two miles per hour, with many stops to appreciate the view and take stock. Earlier this year, he was named the world’s slowest boy.

‘I very much regret all those years I spent racing everywhere,’ he told Wellness Guru Ann Ziety in a ground-breaking podcast. 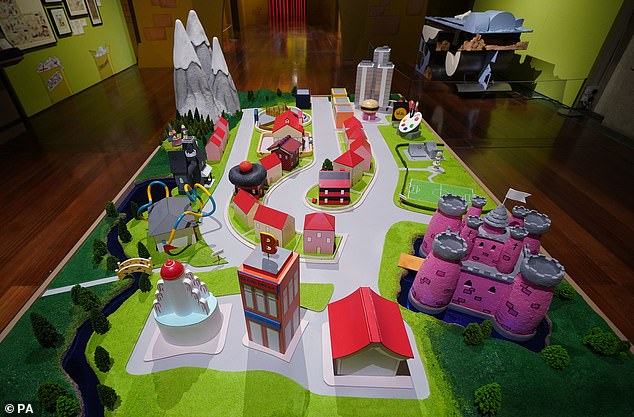 A model of Beanotown on display at the exhibition for the comic, which has been running since the 1950s

8 Times have changed. In the old days, the fathers in the Beano used to chase their offspring around the house bearing slippers in their hands and shouting ‘Grrrr!’.

But nowadays the same fathers prefer to sit around a table and discuss things in a free and loving manner.

‘Frankly, in the more caring world of the modern family, there’s simply no excuse for brandishing the slipper as a weapon,’ says a public relations spokesman for the Beano Fathers’ Collective.

Sadly, this new, more enlightened attitude has seen the sales of adult male slippers plunge to a post-war low.

‘We used to sell hundreds of size 12 slippers at the start of every school holidays,’ says the chairman of ailing firm Whacko Slippers.

‘We’d have dads queuing round the block for them. But ever since this softer, wetter, more “empathetic” outlook took hold, there’s been no call.