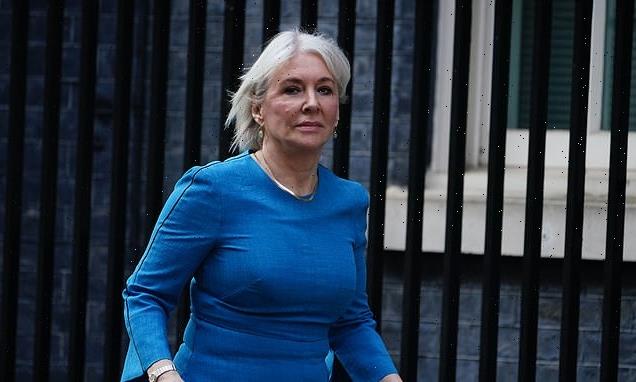 CRAIG BROWN: Watch out, Prezza! You have a rival

On a brief and jaunty promotional video for her Department for Digital, Culture, Media and Sport, Nadine Dorries spoke of ‘downstreaming’ films and building ‘tennis pitches’.

When people poked fun at her for these silly mistakes, she reacted testily, blaming them on her dyslexia.

‘I’ve found it tough seeing commentators and media outlets mock me for something that is beyond my control.

‘For other dyslexia sufferers, we learn that it’s what you achieve in life that counts, not what those who mock you say.’

Funnily enough, when others have reacted badly to jokes against them, she has criticised them for their lack of humour.

Back in 2017, she declared that ‘Left-wing snowflakes are killing comedy’. During a Twitter spat with her rival in double-dutch, John Prescott, she snapped: ‘Can you send me cast-iron proof you’re a politician? I always thought this was a parody account.’ 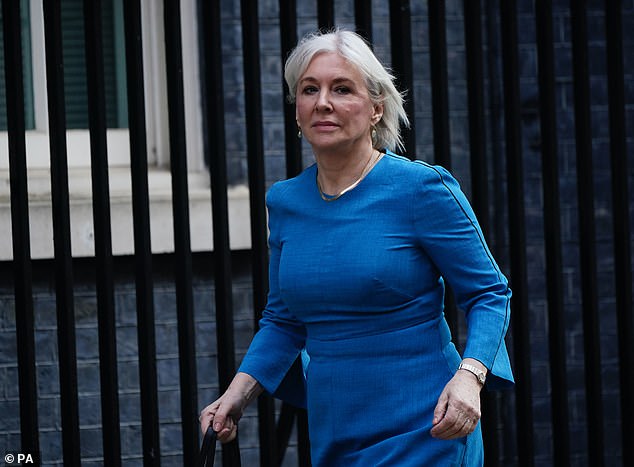 Culture Secretary Nadine Dorries, pictured,  who has accused commentators of mocking her dyslexia after she muddled her words in a video posted on social media

Ah, John Prescott! Who can forget the glory days — or dory glays, as he might have called them — of the former Labour Deputy Leader?

He was always getting his words in a twist. ‘It’s great to be back on terracotta,’ he once said after a lengthy airplane flight.

As Secretary of State for Transport, he often found figures as hard to grasp as words.

‘I’ve already mentioned quite frankly there may be a 100, previously, then it was down to one yesterday, not it’s no, not. And I think we should welcome that as a fact.’

Come again? Words and phrases would burble out of Prescott’s mouth any-old-how.

‘I mean that’s an example of this Government that believes in the private sector and is in fact damaged the public sector’s handling within the public sector in a number of these areas and you can on on with them in another areas,’ was how he began a speech in the House of Commons on May 18, 1992.

The official Hansard report of Prescott’s gobbledegook tidied it up: ‘The Government’s insistence on private sector terms has damaged the public sector.’

For some time, new recruits to Hansard trained by listening to tape recordings of Prescott’s speeches. They would then have to knock them into shape.

Will this be his most lasting legacy? Prescott is now remembered not for any legislation he introduced, or political battle he ever won, but for his butter-fingered way with words.

As Evelyn Waugh once said of the poet Stephen Spender: ‘To see him fumbling with our rich and delicate language is to experience all the horror of seeing a Sevres vase in the hands of a chimpanzee.’

Like Prescott, Nadine Dorries is in the habit of rounding on those who snigger at her failings; she condemns them as insensitive.

But it’s never a two-way street: she demands sympathy from others, but is abusive herself.

‘You think you’re sensitive, but you’re not,’ says Kingsley Amis’s Lucky Jim. ‘Your sensitivity only works for things that other people do to you. Touchy and vain yes, but not sensitive.’

Perhaps Ms Dorries should take a leaf from the book of Mrs Thatcher’s Deputy, Willie Whitelaw.

Over the course of a long career, he made as many blunders and was ribbed about them just as mercilessly.

But he never complained, or tried to blame them on dyslexia or anything else. Instead, he turned his mistakes to his advantage.

‘The Tory Party does not like brains,’ he once noted, adding: ‘Thank God I don’t have any.’ 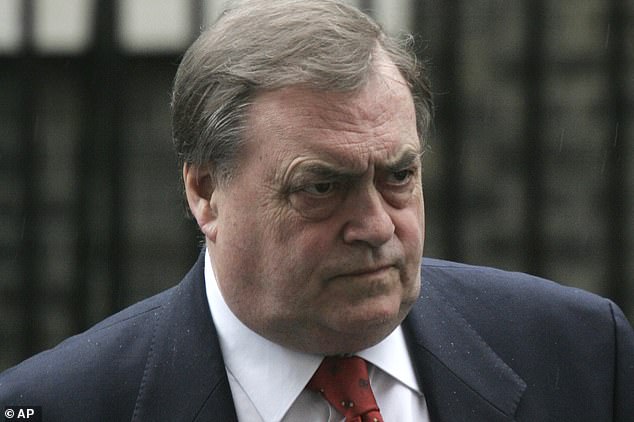 For all their surface absurdity, many of them had a touch of wisdom. Landing in Belfast on his first day as Northern Ireland Secretary, he declared: ‘It is always a great mistake ever to prejudge the past.’

This was greeted with laughter at the time, but it contained a topsy-turvy truth: Northern Ireland’s troubles were fanned on all sides by misinterpretations of its history.

Other Willie-isms were silly but sweet. As Home Secretary, he told a select committee: ‘I can assure you that I might definitely take action.’

As Conservative Party chairman, Whitelaw spoke of monitoring the morale of the party ‘with the thermometer in my mouth and I am listening to it all the time’.

I once accompanied him on a vist to a sweet factory, and noticed how everybody smiled to themselves as he entered.

Will we ever learn to love Nadine Dorries in quite the same way?