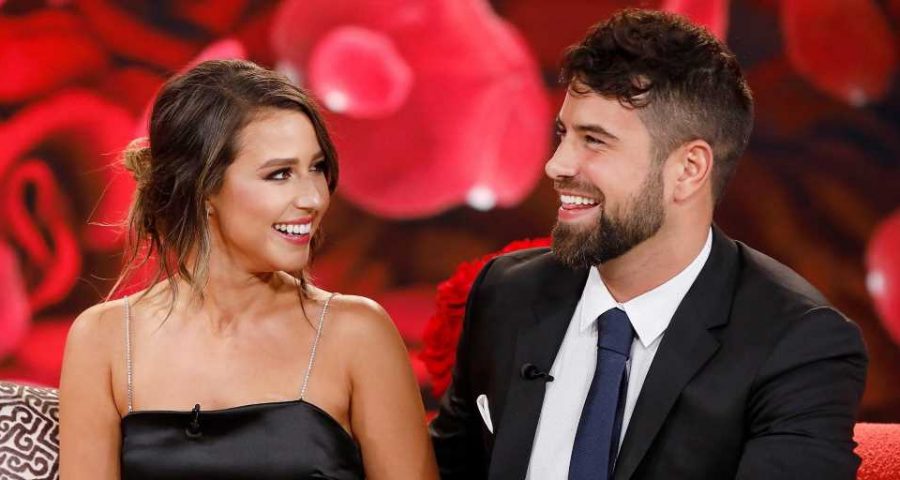 Domestic bliss! Blake Moynes and Katie Thurston are enjoying their time together since taking the next step in their relationship on The Bachelorette.

On Thursday, August 12, Moynes, 30, shared an adorable video of the pair in bed together with his dogs.

“I don’t want it. I don’t want your bone. Take that back,” Thurston, 30, said in the Instagram clip before laughing when she saw her fiancé pointing the camera at her. 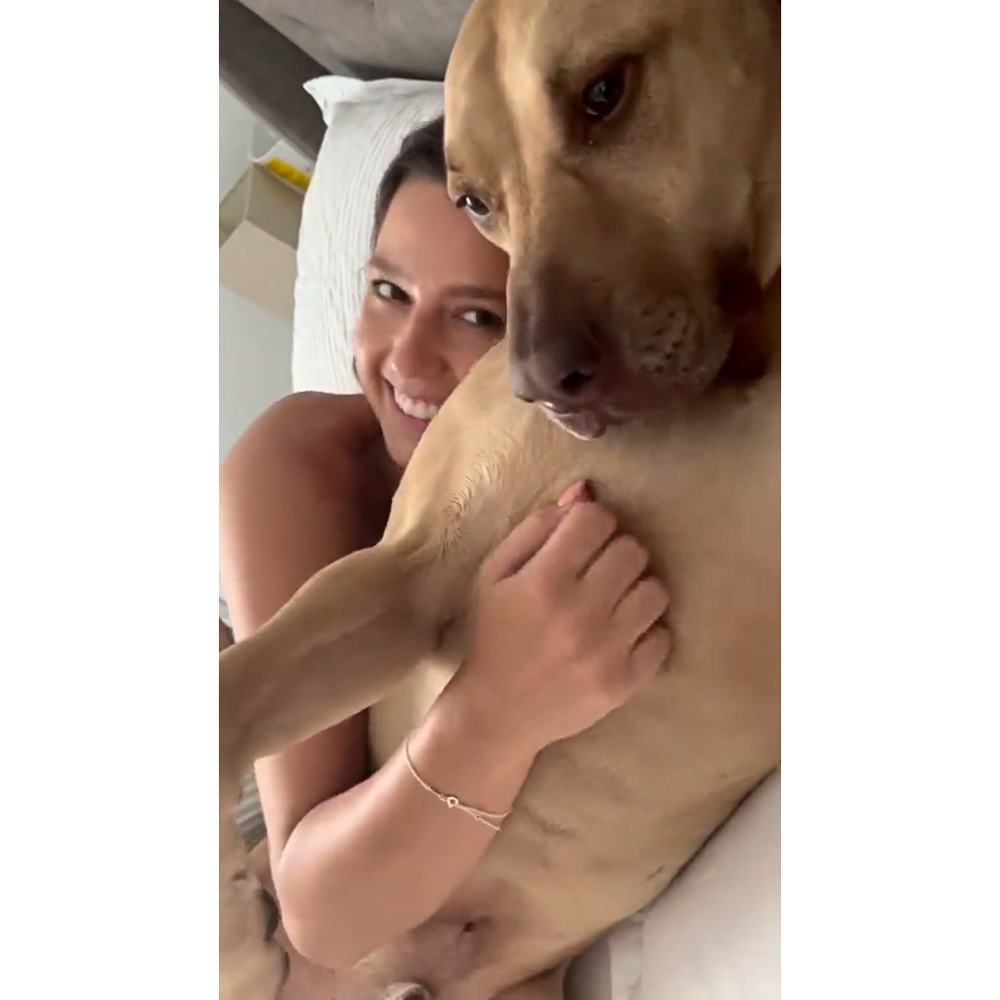 The sweet glimpse at the pair settling into their new normal comes after viewers saw them officially get engaged during the season 17 finale on Monday, August 9.

“I know how great of a wife you’re going to be, mother you’re going to be,” the Canada native said during his speech. “I know that you in the past have talked about how you’ve had to compromise to make things work. I don’t want you to do that, but I can’t give you what you came here for … because you deserve a lot more than that. You deserve the world and I’m excited to support you and be there for you every day moving forward. So that being said, Katie Lane Thurston, will you marry me?”

Fans were in for an interesting ride when Moynes showed up to join the fight for Thurston’s heart during the fifth week of the season, after previously appearing on Clare Crawley and Tayshia Adams‘ season of the dating series.

The wildlife manager quickly became a front-runner and Thurston later revealed that her final choice was definitely The One.

“I think everyone can agree that this is exactly who I was supposed to be with,” she said during the After the Final Rose special on Monday. “He fought to be here for me and chose to stay even when I’m telling him to his face that I considered leaving. That he was confident enough to hold both of us till the end, I’m just so lucky. I love him so much.”

Thurston also reflected on how Moynes crashing her season helped her realize how invested he was.

“It’s actually probably the most romantic thing someone’s ever done,” she added during the special. “I know you question it in the beginning. I know a lot of people did, but knowing that I could’ve turned him away and he would’ve looked dumb, he took all these risks for me and no one’s ever believed in me like that. So for him to just trust in us early on, it just means everything.” 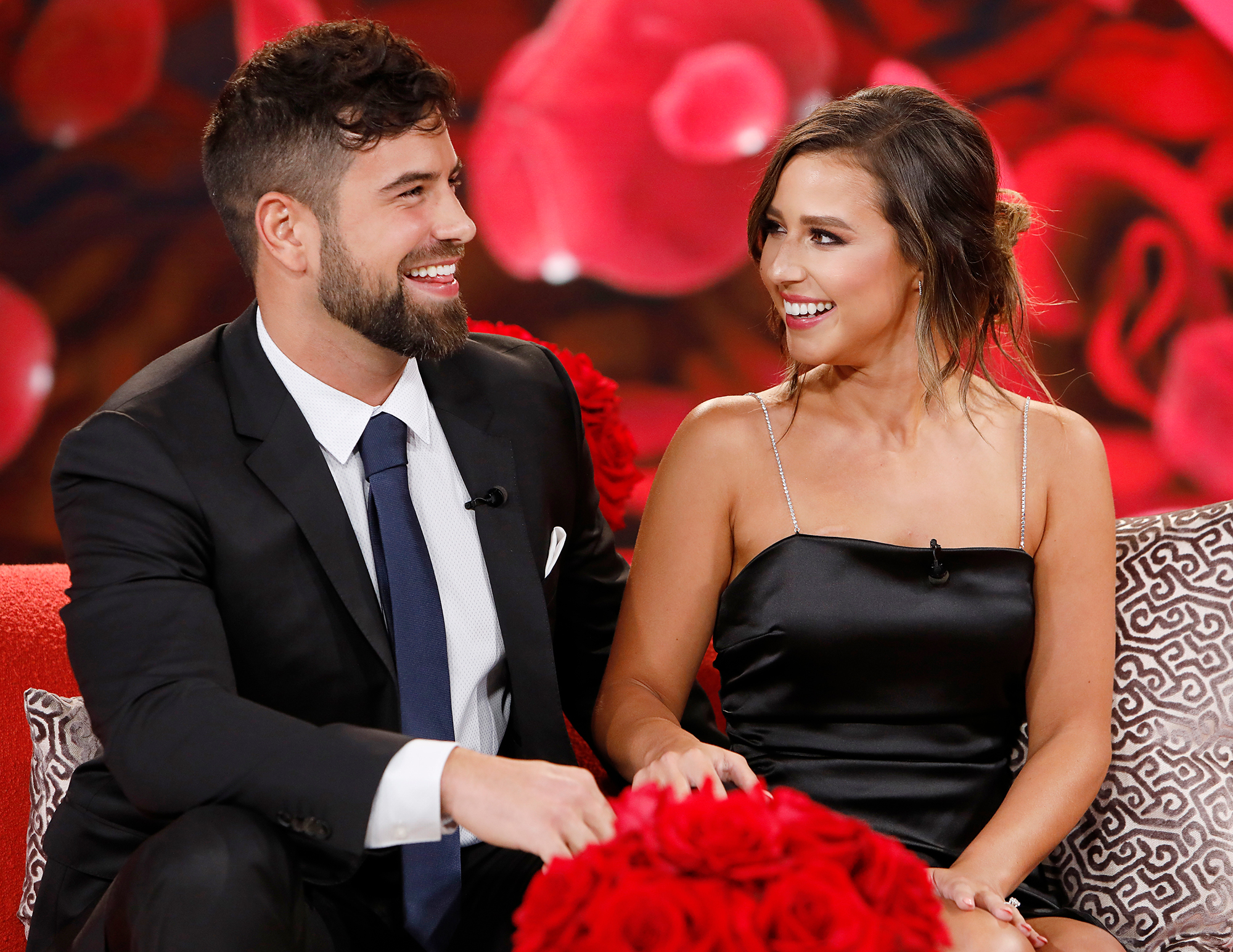 Since their time on The Bachelorette, the twosome opened up to Us Weekly about their plans to “hop around” and not “plant roots” anywhere specific right away.

Down in the DMs! Blake Moynes’ ‘Bachelorette’ Timeline: From Clare to Katie

“We need to see each other’s lifestyles and our passions, our interests, and then try to see where our anchor spot will be, where all those things can kind of align and make sense for both of us,” Moynes noted to Us this week. “We’re going to jump around for a bit and experience what works best for us.”

For now, Moynes and Thurston have been celebrating their love on social media after having to keep their proposal quiet while season 17 aired on ABC.

“So excited to start our best f–king life!” Moynes captioned a photo of them kissing via Instagram on Tuesday, August 10. “You’re a rock. My rock. A mature, nurturing, supportive & loving partner who continues to impress me everyday. We have an adventure called life ahead of us and I hope you know I’ll do everything I can to help, push and encourage you to make the most of every little bit of it! I love you buggy.”