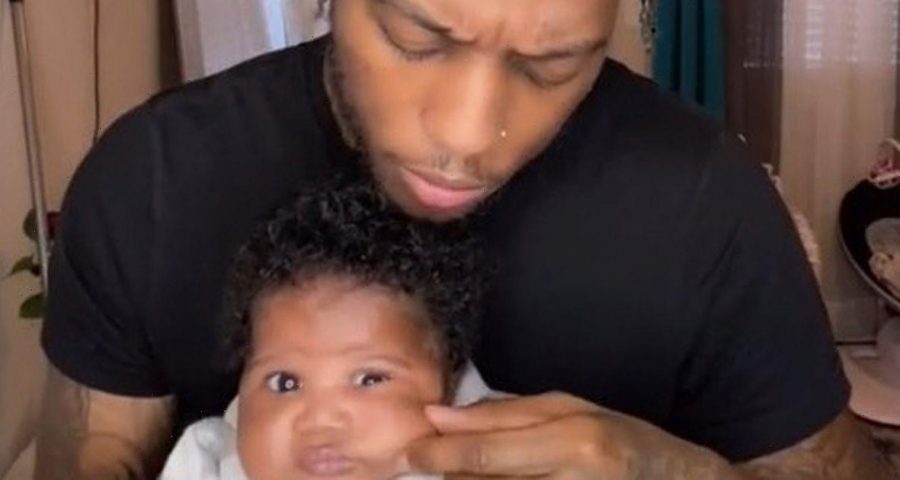 A dad has gone viral for leaving a hilarious "review" of his newborn baby.

Taking a light-hearted view of parenting, the video posted by Deon Davis gives an account of what life is like now with a two-month-old baby at home and it has been viewed more than 2.2million times.

Generally the dad doesn’t appear to be disappointed as he said his son was “overall a pretty good baby” but the problem starts when he wants food.

He said: “This is my little boy, I just got him about two months ago.

“He’s got good quality hair and the cheeks are very chunky and very kissable. He does this cute little thing like this where he pokes his lips out and it makes you wanna kiss him even more.”

The dad then goes into detail about what you get when you have a baby and that clothes are not included – but on the other hand you can pick them up along with nappies fairly cheaply, so it is not so bad.

He said: "Overall, he's a pretty good baby until he's hungry… then he goes crazy.

"I recommend babies for any families, for starting a family, if you already have a family, I recommend more babies – you know what I'm saying?"

Then he tells viewers about how to get hold of a baby and that there isn’t too much effort involved.

He first said that you get your hands on a baby with “three grown up transactions a day” before he then points out that you can actually have a baby with just the one.

Still, despite his overall positive review on babies he wasn’t convinced over whether he would have another.

To get content from Daily Star delivered straight to your inbox, sign up to one of our newsletters here.

Replying to the post, people joined in the fun with one writing: “Do you have a promo code? I’m on a budget.”

Another said: “What if you bought one but two arrive.”

The video has gone viral and has started a TikTok trend of “unboxing babies” where parents give reviews as though they are talking about a product.