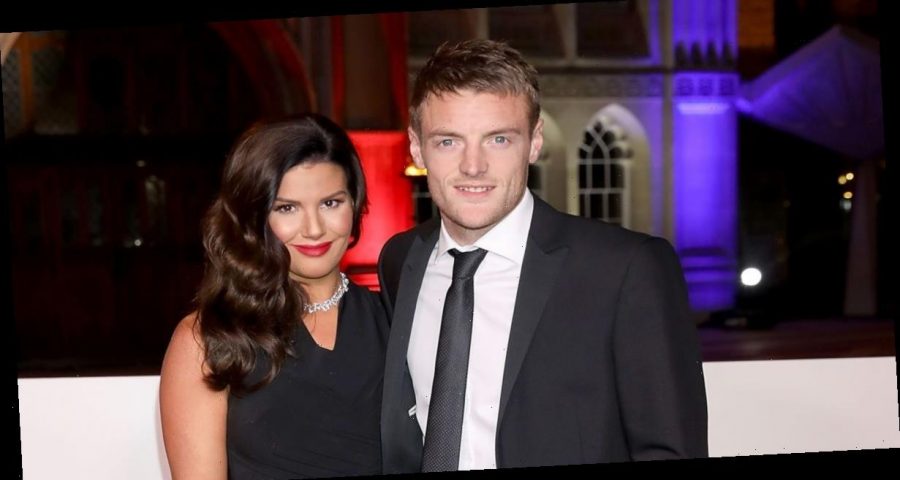 Rebekah Vardy, 38, is set to appear on Dancing On Ice this weekend.

The media personality, has been undergoing rigorous training and looks to be more than ready to get skating.

Rebekah has no doubt had the support of husband Jamie as she works hard on her fitness, as he is a professional athlete, playing football in the Premier League.

But as her hubby and her five children prepare to watch her on screen, we thought it an appropriate time to take a trip down memory lane to look at the stunning star's romantic history…

In an interview with the Daily Mail she said: "I just wanted someone to look after me. I knew it wasn’t love."

It was during this time that she also became a mother for the first time, to her daughter Megan.

Barely four months after she exchanged her wedding vows Becky had a fling with Mysterious Girl singer Peter Andre.

They met for the first time at a restaurant after the Australian TV star made eyes at her and she gave him her number.

Becky then went on to do a kiss-and-tell about her dalliance with the star, which was published in News of the World in 2001, where she said: "I knew my marriage was coming to an end."

She recalled that she told her husband that she was going to London to work, but instead went to Windsor station where Peter picked her up and took her to the nearby Burnham Beeches Hotel.

"He was really sweet and led me upstairs. When we were in the room, he stripped me and took his top off. He had great muscles," she said.

"I thought he was going to be a fantastic lover. Then he took his trousers off! He was the worst lover I've ever had. It wasn't even worth the train fare. Peter was tiny. The smallest trouser equipment I've ever seen. It was like a miniature chipolata."

Becky married Steve Clarke, her boss in timeshare company, when she was 23 years old and pregnant by another man.

She has described that wedding as "the biggest mistake of my life."

In an interview with The Sun on Sunday she said: "That quickly became a horrible relationship — I was scared of him. He’d tell me what to do, where to be and how to act."

Becky then added: "I know marrying three times makes me sound like Zsa Zsa Gabor, but after a difficult childhood I made some stupid mistakes and went out with some real-life snakes!"

In 2007, after a few years of being single, a friend convinced her to go on a blind date with footballer Luke Foster. The pair dated for six years and even got engaged but eventually their relationship broke down.

When their son Taylor was born in 2010, Becky suffered from severe post-natal depression and suicidal thoughts.

Luke did not take the break up well and, as The Sun reported, he told a friend: "When she left me she walked out and told me she was with Vardy.

"I couldn't believe it. She told me she was upgrading. She left me with our child, moved in with Vardy and was pregnant within weeks."

Becky met her England footballer husband, Jamie, in 2014 when she was working as a party planner and was hired to organise the sports star’s 27th birthday party.

In 2016, after two years together and the birth of their first child, Sofia, the couple tied the knot in Peckforton Castle in Cheshire.

She then gave birth to their second child, Finlay, two years later. Last December they had their third child together, Olivia Grace.

Speaking of her husband in an interview with Fabulous magazine, Becky said: "But then I met Jamie. It took a while for me to trust him and I think the relationship we have now is the only relationship I’ve ever felt stable in.

"I love and trust him. My husband ain’t like the rest of them. He’s so not.