After Cheryl Burke shared she's two years sober, the Dancing With the Stars pro appeared on Good Morning America and talked about her journey. Watch her interview here. 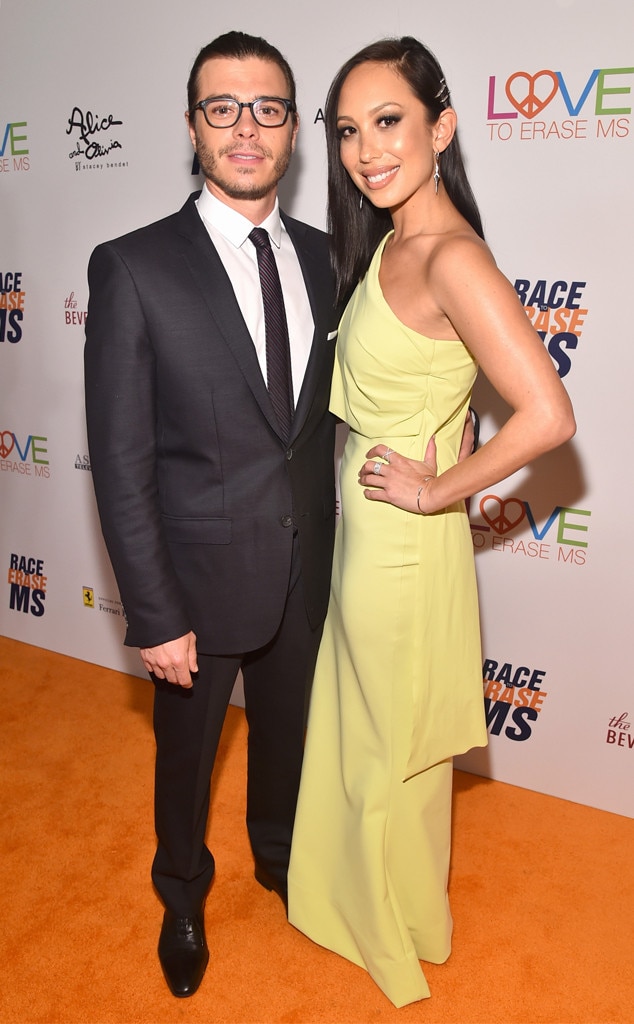 Cheryl Burke is continuing to share her sobriety journey.

The 36-year-old Dancing With the Stars pro discussed her experience during the Oct. 5 episode of Good Morning America.

Fans learned that Burke is two years sober after her appearance on the LadyGang's podcast last week.

"It was just a decision that I made for myself," she told the hosts at the time. "And it was when Matt [Lawrence] and I got engaged and it was during that engagement party that we were just like—or that I was like, he didn't even know—I was just like, I was done."

Speaking with GMA, the two-time Mirrorball champion opened up about the support she's received from the 40-year-old actor, who is now her husband, over the years.

"He is just my rock," she said, per the news organization. "I don't know where I would be without him."

Burke also looked back at her path. Reflecting on the early stages of her career, she recalled how she "was a party girl" when she first moved to Los Angeles.

In addition, she spoke about her father's history with alcoholism and the impact it had on her life.

"He was a former alcoholic," she said in regard to her dad, who passed away a few years ago. "And I don't know if it's genetic, but it definitely runs in the family and I didn't want to fall down that slippery slope."

At one point, Burke shared how her memory "is a little foggy" when it comes to the first 10 years of her dancing career.

"So, like, we would go on tour," she said. "Or, you know, the first two seasons I won with Drew Lachey and Emmitt Smith and then it was like, 'Oh God I don't remember some of the details.'"

Burke has been a fan favorite on the ABC show ever since she first joined in 2006. This season, she's partnered with AJ McLean, who has his own sobriety journey. In fact, she told GMA they bonded over their shared sobriety when they first met over Zoom.

"It's crazy because I truly believe that people in your life come into your life because they are a reflection of you somehow," she said. "He has taught me patience and it's OK to be vulnerable."

Watch the video to see her interview.