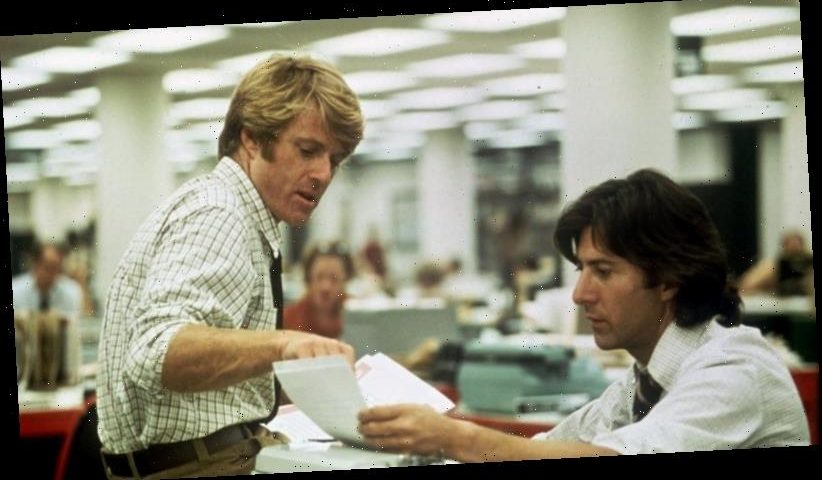 With the current administration entering its final weeks, the collective imagination inevitably turns to the future, and how one of our most cherished institutions will survive. Will it emerge forever diminished and disfigured? Or will it come out the other side with its core principles intact?

The institution in question, of course, is the presidential movie.

Presidents, real and fictional, have been part of cinematic iconography since the inception of cinema – or at least as far back as 1901, when Edwin S. Porter made Terrible Teddy, the Grizzly King, often credited as the first political satire, in which he skewered the macho exploits of then-Vice President Theodore Roosevelt (nine years later, a film would depict the real Roosevelt on safari in Africa). 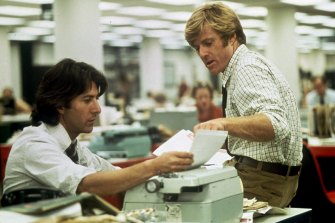 Over the ensuing decades, presidents have been reliable go-tos for screenwriters looking for compelling protagonists facing high-stakes conflicts against the photogenic backdrop of the White House. If the fictional leader in question happened to chime with the actual person occupying the Oval Office, all the more delicious; when Michael Douglas swirled Annette Bening across the dance floor at a state dinner in 1995's The American President, it was his Clintonesque character's Democratic bona fides – not his romantic escapades – that audiences accepted as true to life. Primary Colors came out three years later, just months after the Monica Lewinsky scandal broke, leading audiences to see John Travolta's Jack Stanton as tacking more closely to Bill Clinton's failings.

Daniel Day-Lewis's portrayal of the 16th president in Steven Spielberg's Lincoln couldn't help but mirror Barack Obama's presidency, as a historic milestone and a vivid portrait of the legislative wrangling Obama was facing during his contentious second term. But it's the fictional American leaders – Frederic March's quietly principled chief executive in Seven Days in May, Harrison Ford's gruff leader of the free world in Air Force One, Bill Pullman's fighter-pilot hero in Independence Day, Morgan Freeman's reassurer-in-chief in Deep Impact – that stand as the most iconic movie presidents, exemplars of America at its most high-minded, ethical, audacious and daring. 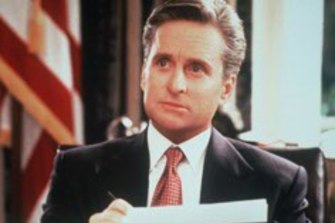 Michael Douglas, pictured, in the romantic comedy The American President.Credit:AP

It's doubtful now that filmgoers would buy into those wish-fulfillment fantasies – especially global audiences who have been looking on in astonishment at America's precipitous decline. Ford barking Get off my plane! would no doubt meet with nothing but eye-rolls after four years of petty melodramatics, 5am rage tweets and callow iterations of "I don't take responsibility at all."

Of course, we've enjoyed our share of villainous presidents, whether they were ineffectual buffoons or blustering pretenders to the Resolute Desk. But they were always outliers, the stuff of outrageous parody or Washington-bureaucracy burlesque, and almost always deployed in service to restoring order and reminding viewers of our highest shared ideals.

Now, the caricature is coming from inside the (White) House. Among the countless depredations of the past four years – the incompetence, chaos, mendacity and a real-life attempted coup – we can add the death of the pop-culture presidency, whether as a vessel for our loftiest aspirations or our most darkly amusing cautionary tales. We might swoon to Martin Sheen and Geena Davis demonstrating impeccable comportment in The West Wing and Commander in Chief, or take transgressive pleasure in Kevin Spacey's and Julia Louis-Dreyfus's respective scrambles up Washington's greasy pole in House of Cards and Veep. But neither of those archetypes feels quite on point anymore: one we're too jaded to believe in, and the other we now believe all too well.

When deviance is continually defined downward, when there seems, finally, to be no moral floor, what was once deemed taboo is now simply Tuesday. "Showing this monstrous behaviour in the White House as a satire is almost like making fun of people with cancer," said Rod Lurie, who created Commander in Chief and directed The Contender, starring Jeff Bridges as the handsome, decent, exceptionally skilled knife fighter of our dreams. "We have seen the damage caused by this narcissism, this full abdication of norms. And it's not funny. It stopped being entertaining a long time ago." 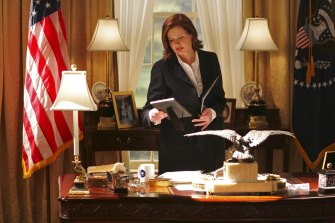 Geena Davis as Mackenzie Allen in Commander in Chief.

Meanwhile, movies that seek grounding in recognisable traditions and habits of decorum now feel like quaint artefacts of a vanished age. How do filmmakers hope to attain a credible degree of realism when the actual American president has systematically dismantled the notion of reality itself? How do you appeal to a broad audience that has splintered into mutually exclusive spheres of belief? Several filmgoers have pointed to Mike Judge's cult comedy Idiocracy as the most apt analog to the present-day president; it's an apt comparison but a misdirected one. What Judge got so right in that 2006 movie wasn't his characterisation of wrestler-turned-president Dwayne Elizondo Mountain Dew Herbert Camacho, but of the infantilised, selfish, fatally dumbed-down electorate that empowered him.

When I spoke with Lurie recently, he predicted that, while we won't be seeing Veep-like satires for a while, square-jawed idealism will have its place, if only as an antidote to our recent history. "Hollywood will give us all what we have always wanted to see – what we covet and what we need."

If presidential movies wind up hitting a Trump slump, perhaps that's not such a bad thing. It's telling that Hollywood's fascination with movie presidents coincides with a trend throughout the 20th century that resulted in increasing concentration of executive power. The image of democracy Hollywood has been exporting to the rest of the world – usually centred on a Great Man of admirable rectitude, charisma and physical courage – might have been an aspirational and entertaining narrative foil. But it further fetishised an office that has become woefully overemphasised within the political and media ecosystem, with its inhabitants alternately treated like rock stars, superheroes or latter-day Snidely Whiplashes.

As screenwriter Aaron Sorkin – creator of such confected presidential urtexts as The American President and The West Wing – observed in Vanity Fair last year, great drama needs either a memorable hero or a complicated anti-hero. In the current White House, he noted, "there just seems to be a lot of moustache twirling and cowardice." 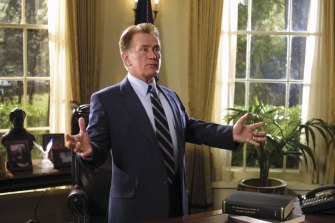 With Hollywood stymied as to the best way to depict the presidency going forward, the interregnum might make room to explore the important ways in which institutions, citizens and movements exert the push and pull of democracy at its fullest expression.

During that lame-duck term, filmmakers would do well to look to the past for guidance. At least one classic movie provides a brilliant primer in exploring larger-than-life political corruption as well as the structural, genuinely democratic forces we need to fight it. And in All the President's Men, with only the briefest exception, the title character remains thankfully off screen.