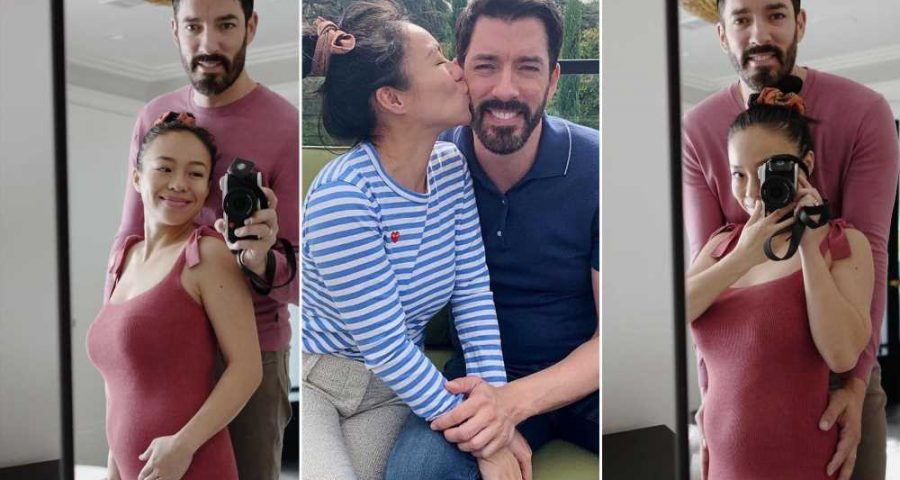 Drew Scott announced on Instagram Tuesday that he and his wife, Linda Phan, are expecting their first child together after years of fertility struggles.

“guess we’re doing weekly bathroom selfies now 😅” he captioned a photo of him and Phan, 36, posing together as she flaunted her growing baby bump.

“It has been an adventure to get here!” Scott, 43, added. “We know we’re not alone in this experience and that everyone’s is filled with unique challenges along the way.”

Referencing some of the fertility challenges the couple faced, he also wrote, “When we first started down this path, we quickly felt sooooo appreciative of the doctors we’ve been fortunate to work with, and fam and friends who supported us throughout, sharing their stories or simply just being there.”

“It made an overwhelming time in our lives more manageable,” he concluded. “We hope as we grow through this, that even one of you reading this can also feel a little less lonely in whatever path you’re on! 🥰 L&D”

Fans and friends immediately chimed in with their well-wishes for the parents-to-be.

Former WWE Superstar Nikk Bella commented, “Omgoodness chills!!! I love this! So extremely happy for you both!! Sending you both so much love and light!!”

Scott and Phan also gave a deeper look into their pregnancy journey with a video shared on their YouTube channel Tuesday, titled, “hi friends and fam! we’re pregnant.”

In the clip, the Discovery Plus star is seen giving his wife in vitro fertilization treatments around June. They then received “good news” in August.

However, Phan shared in the video that the couple had actually been trying to conceive for two years.

According to People, they first tried IUI (intrauterine insemination), which failed, then IVF, which was successful.

Scott and Phan opened up about their experiences even more on their “At Home with Linda and Drew Scott” podcast, and the expecting mom revealed she struggled with how to process all of it.

“It’s not that I wasn’t excited, it was just really confusing because we got the news from our fertility doctor and I guess it’s just not how I imagined it,” Phan said. “Not that it made it disappointing in any way, I think I just had more of a sense of relief at first.”

Scott added of their fertility struggles, “Every step of the way there is something scary or there is the unknown.”

The realtor concluded on behalf of the couple, “This has been a journey for us and there’s a bit of that feeling of a weight off our shoulders, just talking about it and letting people know.”

Scott and Phan have been married for three years. They wed in an outdoor ceremony in Italy in May 2018.