Kate, the Duchess of Cambridge, welcomed a VIP guest Monday to her “Back to Nature” garden at the Chelsea Flower Show in London.

Kate gave a personal tour of the interactive garden she helped design to her grandmother-in-law, Queen Elizabeth II.

The queen and Kate both wore floral dresses to tour the garden, which Kate reportedly consulted on with Queen Elizabeth, an avid gardener herself. 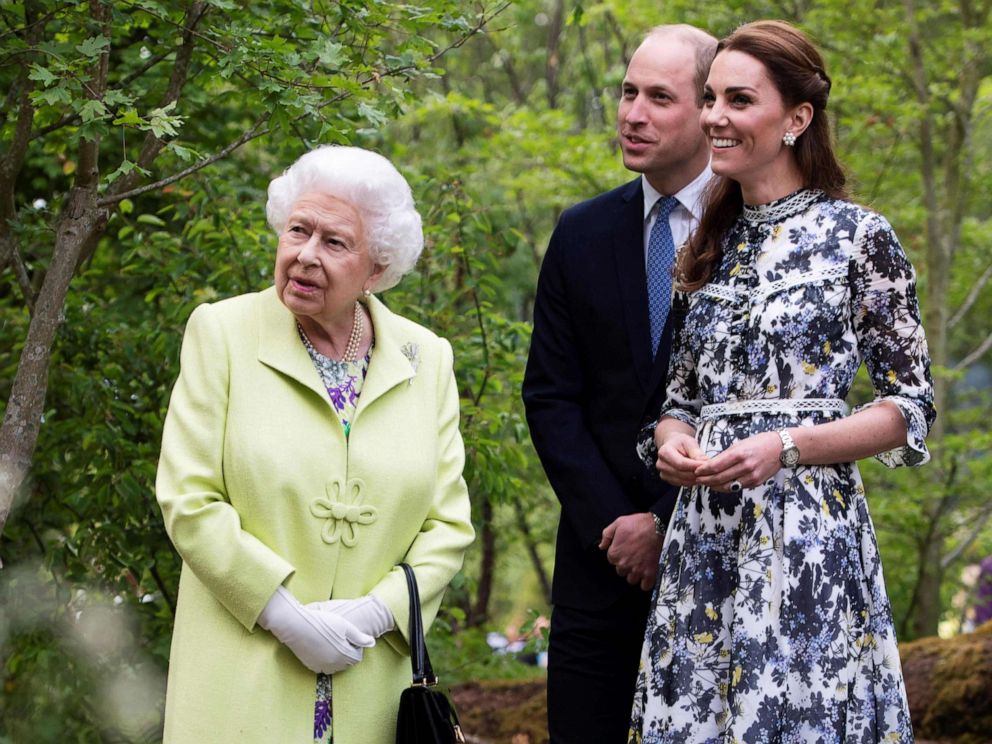 The garden — described by Kensington Palace as a “woodland setting for families and communities to come together” — is part of Kate’s focus on the importance of children’s early years of development. It includes a swing seat and a high platform tree house, inspired by a bird or animal nest and made from chestnut, with hazel, stag horn oak and larch nest cladding.

“I believe that spending time outdoors when we are young can play a role in laying the foundations for children to become happy, healthy adults,” Kate said, speaking ahead of the garden unveiling.

Queen Elizabeth and Kate were joined at the garden Monday by Kate’s husband, Prince William, the second in line to the throne.

“It’s an opportunity for [Kate and William] to firm their bond with [the queen] and also for them to learn from her on the job,” said ABC News royal contributor Victoria Murphy. “She’s been the queen for 67 years. She’s been doing this for a long time. She knows what she’s doing.”

William and Kate each greeted Queen Elizabeth with a kiss on both cheeks, and a curtsy from Kate for Her Majesty.

The day before the queen’s visit, Kate and William brought their three children to visit the garden.

Prince George, 5, Princess Charlotte, 4, and Prince Louis, 1, played a role in helping their mom decorate the garden by gathering moss, leaves and twigs, according to the palace. During their visit, George and Charlotte dangled their feet in the water of a stream below, and Louis stole the show by showing off his walking skills for the first time.

All five members of the family also took turns on the garden’s swing.

George gave his mom the ultimate compliment by declaring the garden a 20 out of 10.

“I really feel that nature and being interactive outdoors has huge benefits on our physical and mental well-being, particularly for young children,” Kate said in an interview with the BBC for the garden’s unveiling. “I really hope that this woodland that we have created really inspires families, kids and communities to get outside, enjoy nature and the outdoors, and spend quality time together.”