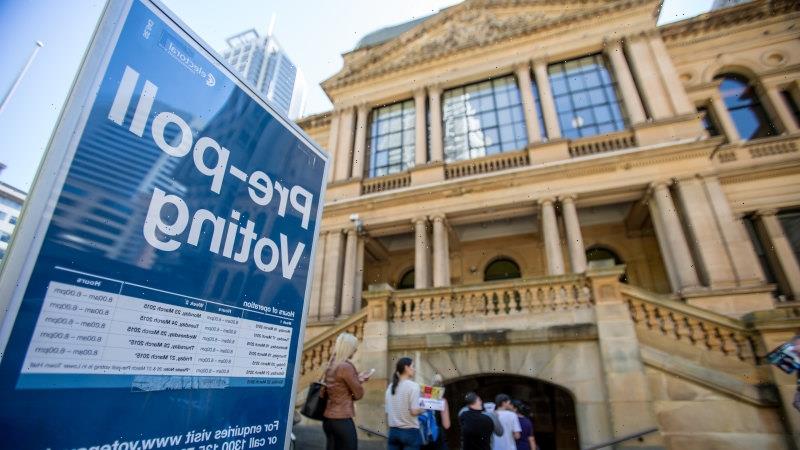 Voters will have no more than 12 days to cast their ballot ahead of the next election as part of a suite of new measures to modernise electoral processes, improve services and grow confidence in the democratic system.

The federal government introduced its planned overhaul, which includes making it easier for overseas voters to comply with witnessing requirements and increasing the number of scrutineers for computerised Senate counting, to Parliament on Thursday. 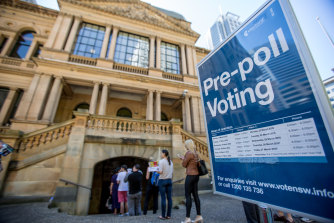 Several parliamentary inquiries in the past decade have recommended pre-poll voting be restricted to no more than two weeks before an election.Credit:Cole Bennetts

Measures would also be introduced to guard against rare instances of multiple voting while penalties would be strengthened for interfering with a person’s political liberty, including through violence, abuse, property damage, harassment or stalking relating to an election.

A Coalition-dominated inquiry into the 2019 federal election made 27 recommendations last year on voting rules, electronic voting, campaign finance, the size of Parliament and four-year terms. Labor members on the committee tabled a dissenting report.

Among the more contentious changes the government wants is increased transparency for activist and lobby groups.

Assistant Minister for Electoral Matters Ben Morton said the amendments did not represent a significant change for people or entities who met the updated thresholds.

“Those affected by this amendment are either already required to submit a return as a third-party campaigner or would be required to do so if they incurred such expenditure at a future electoral event,” he said.

But activist and lobby groups argue the changes would make it harder for charities and community organisations to engage in national debates.

“Lowering the threshold for who is considered a political campaigner might seem a small change, but it would have the effect of silencing community voices,” Australian Conservation Foundation democracy campaigner Jolene Elberth said.

Several parliamentary inquiries in the past decade have recommended pre-poll voting be restricted to no more than two weeks before an election. In the 2019 federal election, 41 per cent of voters lodged their ballot papers early, compared to 31 per cent at the 2016 election.

Parties and candidates have increasingly planned their campaigns around the expectation that many voters will see the campaigning they do and policies they release only in the first few weeks, rather than over the whole election period. Since 2010, around half of all pre-poll voters have cast their vote in the five days before the election and about 10 per cent in the first week of the three-week pre-poll period.

The changes also aim to speed up the declaration of election results by allowing the Australia Electoral Commission to open and sort – but not count – pre-poll ballots for the House of Representatives from 4pm on election day. It would also be able to remove declaration votes from envelopes and put them in a ballot box in the five days before polling day. Scrutineers could witness all aspects of these processes.

Potential political parties would be required to meet a higher membership threshold, with the minimum requirement for non-parliamentary parties rising to 1500 members, from 500.

In a bid to minimise the risk voters might be confused or misled, the Electoral Commissioner would be given stronger powers to refuse to register a political party’s name or logo if it contained a word or abbreviation used by an existing party.

Mr Morton said common-sense exceptions would apply and the change would reduce the likelihood of voters inadvertently associating or confusing political parties with similar-sounding names.

He said the majority of the changes were designed to keep pace with modern technology and contribute to the AEC’s operational efficiency.