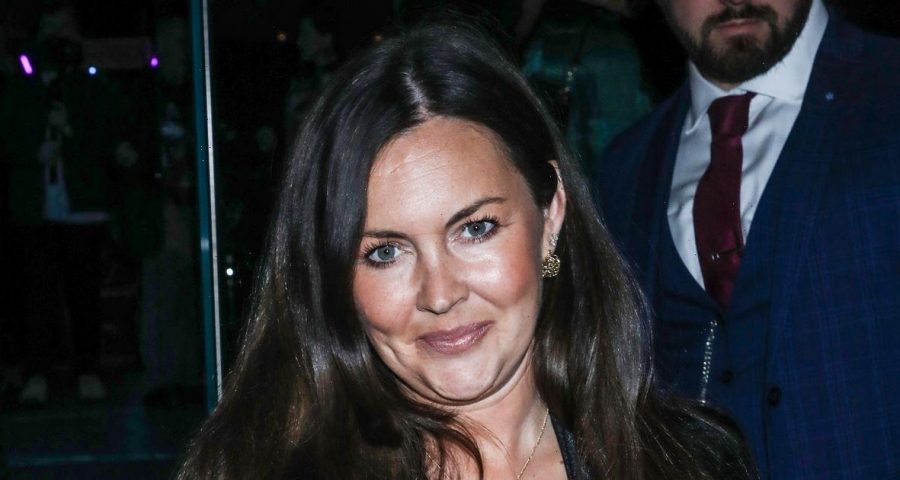 EastEnders starLacey Turner has welcomed fans inside of her family's London home after giving the property's living room a dramatic makeover.

34 year old Lacey,who recently led the way on the Inside Soap Awards red carpet, took to Instagram to reveal that she’d given the spacious area a brand new look after unleashing what she called her “inner carpenter”.

Sharing a video of the extensive project with her 478,000 followers, the beloved soap star revealed that she’d spruced up the room by giving the existing furniture lots of tender loving care and had even worked to revamp a built-in TV unit.

In the clip, mum-of-two Lacey,who’s previously given OK! a glimpse of her stunning taste of interiors, showed how she’d fitted a white coloured media unit alongside one wall, giving the room a fresh feel.

At the centre of the unit, the EastEnders actress placed a large flat screen TV while a sleek built-in fireplace was positioned underneath the screen.

Meanwhile, two wall to ceiling bookshelf units were located either side of the TV, ideal for housing any books, trinkets or family photographs.

Elsewhere, fans could see Lacey spray cleaning a set of champagne curtains and hoovering the charcoal grey furniture as part of the transformation.

As she gave fans a quick glimpse of the finished product, fans caught a glimpse of the room’s neutral interiors which featured a cream carpet, glass coffee table and mirrored decorative lanterns.

Giving the room a chic feel, the BBC One star added a vase filled with dried flowers as well as a glass chandelier.

The room also featured a large set of French doors which opened up onto the property’s sensational garden.

“Fresh and clean and little bit of me practicing my inner carpenter!! Thanks @carpetbird_ for the help and hope you like it nan [heart emoji]”.

After posting the video, fans were quick to flood Lacey’s comments with praise and admiration for the stunning room makeover.

“The carpet lines are so satisfying [heart eye emoji],” wrote one Instagram user.

“That’s beautiful!!!! I need you to come and design my whole house [laughing face emoji] no but seriously!! You’re very talented!! Xx,” commented another.