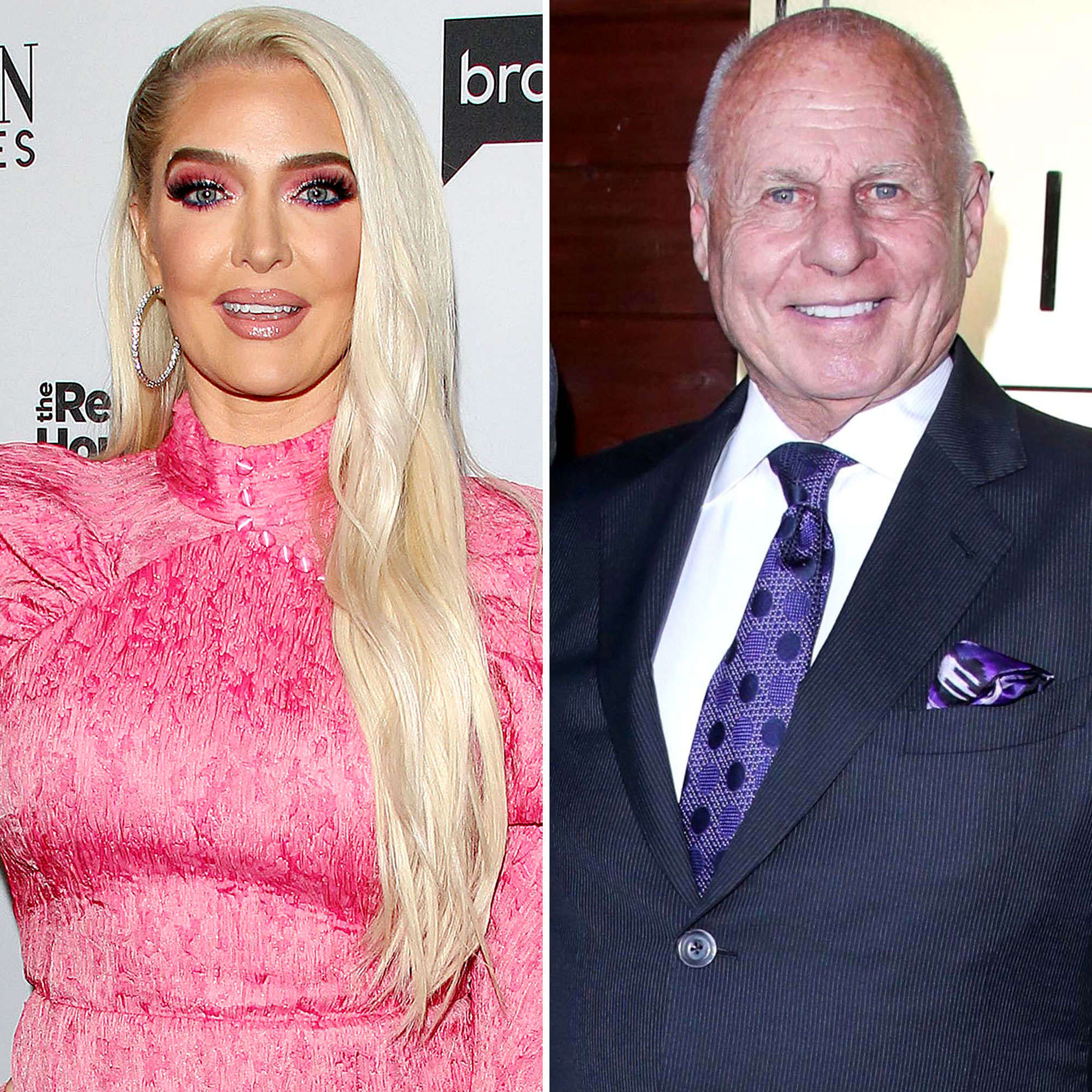 Checking boxes. Erika Jayne got real about the qualities she is looking for in a man amid her divorce from estranged husband Tom Girardi.

Erika Jayne and Tom Girardi’s Divorce: Everything We Know

The Real Housewives of Beverly Hills star, 50, told TMZ on Wednesday, October 27, that intelligence is the top trait she wants in someone she is dating.

When asked how important her potential significant other’s finances are, Erika replied, “I think every girl likes a guy with money.”

The reality star added that appearance is “kind of on the lower scale” of things she is worried about when choosing her next partner. She is open to dating younger men, but “there’s a limit” — she will not date anyone less than 25 years old.

Erika Jayne’s Quotes About Her Marriage to Tom Before Split

Despite mapping out her specifications, Erika insisted that she is single. “Not a soul. Myself,” she responded when pressed about who she is seeing. “I’m dating myself.”

The “XXPEN$IVE” singer filed for divorce from Tom, 82, in November 2020 after 20 years of marriage. The duo were accused of embezzling funds intended for the families of plane crash victims in a class action lawsuit the following month. She also allegedly received $25 million from Tom’s former law firm, Girardi Keese, although she has claimed that she did not know about his alleged wrongdoings and her lawyer has denied that she is liable for the money.

Erika previously opened up about getting back in the dating pool during part one of the RHOBH season 11 reunion earlier this month. She told host Andy Cohen that she was on the hunt for a man “with a big penis,” divulging, “I would like some hot sex.”

Every ‘Real Housewives’ Couple Who Filed for Divorce

The TV personality also addressed the allegations surrounding Tom. “It does not look good. However, we still need to get to the bottom of it. Only one side of the story has been told,” she said. “I feel terrible. This is not who I am. And I hope this is not who he is. … And at this point, quite honestly, I have to worry about myself. Whatever Tom Girardi did or did not do, that’s on him.”

She continued: “His life is over. He’s in his 80s, he’s in a memory care facility, his career is over and done. I just turned 50. I cannot allow all of this to destroy me and take me to a place that I cannot recover. I have to survive this. So that’s why I’m feisty.”

Elsewhere in the reunion, Erika fired back at assumptions that she is not sympathetic to Tom’s alleged victims. “If anyone in these cases has been proven wrong, I want them remedied,” she said. “Despite what you read, I have done everything they have asked. … I have never said I was a victim. I am not a victim. I am simply surviving on this.”