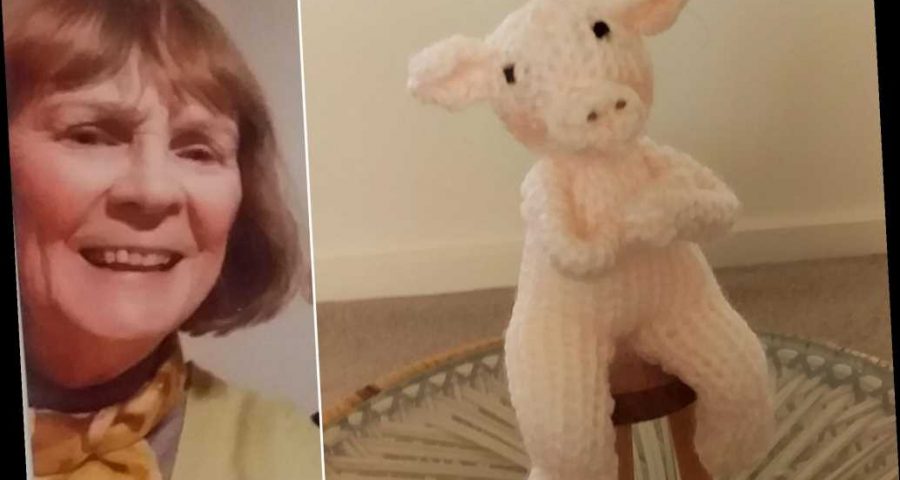 Australian lawmakers push ahead with news law after Facebook concessions

Facebook backs down on bullying in a win for journalism

Facebook has apologized to Rita Rich-Mulcahy, the 81-year-old knitter who was nearly banned from the site for promoting “white pigs.”

It all started when Rich-Mulcahy, of Adelaide, Australia, began knitting stuffed animals to pass the time and distract the grieving widow from the death of her husband in 2020. She also set up a Facebook page through which to share her swine-inspired crafts.

Recently, the self-proclaimed “porcophile” was flagged for “hate speech” by the social media company — for captioning “white pigs” under images of her knitted piglets.

The guiltless woman called it a “frightening” experience for someone without so much as “an overdue library book,” she claimed.

“Facebook obviously used a bot to trawl,” said Rich-Mulcahy, according to Shropshrie Star. “I had made two comments, totally innocent, which the bot saw as hate speech.”

“Everyone on the knit site and my page knows I am a porcophile,” said the native Briton, who has “loved” pigs since growing up next to a farm in Shropshire village. “I always drew pigs when a little child.”

The first occurred on Feb. 1, the woman claimed, after a friend commented “white rabbits, white rabbits” beneath an image of the woolen trotters — in reference to a superstition that says good fortune comes to those who spot white rabbits at the beginning of the month.

Rich-Mulcahy corrected her friend: “No, white pigs, white pigs!” she wrote. In a separate incident this month, another post was removed for the caption “hi-viz piggy,” as in “high visibility” — a term usually used to describe neon and reflective safety gear.

With no avenue for appeal, the woman feared she could be banned permanently from the site for another unwitting slip-up. “I would lose my great connection with my Shropshire friends,” she lamented.

But before that could happen, someone with the platform’s community standards team became privy to the mishap.

“Our systems made a mistake here and the comments have now been reinstated,” Facebook told Rich-Mulcahy. “We do sometimes make mistakes when reviewing content, which is why we give people the opportunity to appeal against our decisions.”

With the drama quelled, the former language and arts teacher is delighted to continue her goal “of knitting 100 small pigs” and giving them punny names, such as Pigcasso, Hamlet and, naturally, Francis Bacon — a project she calls “Wittyknits.” Money raised from sales of the dolls will go to The Smith Family charity, which supports disadvantaged Australian children through education.

To Facebook, Rich-Mulcahy said, “You have made an old lady very happy today. It may seem a small thing to most people, but to someone who had never even had an overdue library book, being charged with using hate speech was frightening.”

Facebook has faced scrutiny over banning some high-profile figures, including former President Donald Trump. The social media outlet also has vowed to cut back on political content shared in news feeds for some users.