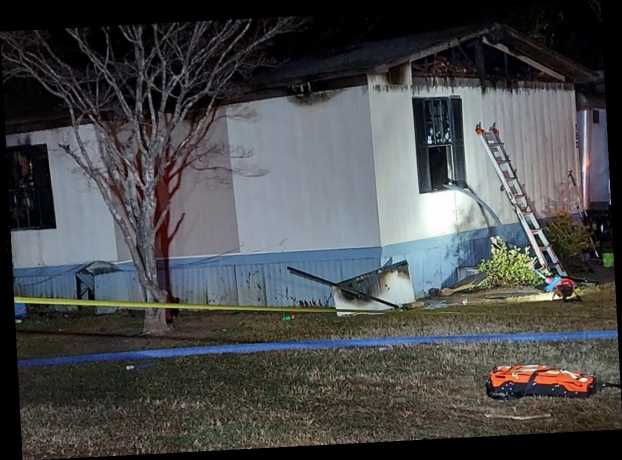 A mobile home fire in Snellville, Georgia, killed a family of four, including three children.

The Gwinnett County Fire and Emergency Services Department responded to reports of a trailer on fire just after 2 a.m. local time on Saturday, according to a tweet from the organization.

Two children were pulled from the fire immediately, and the third child and adult were found later. All four were deceased when rescued by firefighters, a press release confirmed, though the names of the victims have not yet been publicly released.

When the fire crews first arrived, they found the single-story mobile home "well involved with flames through the roof," the release said.

Bystanders near the fire initially attempted to go in to rescue the family before emergency services arrived on the scene "but the amount of heat and smoke was too much for them to overcome so they backed out," the release continued.

Fire investigators are actively trying to determine the cause of the blaze, noting that most of the damage was on the back of the trailer as the fire advanced towards the front.

Officials also urged families to ensure they have working smoke alarms and a fire escape plan in case of emergency.

"Firefighters would like to remind families the importance of having working smoke alarms in their homes," the release stated. "Working smoke alarms should be installed on each level of the home. Families should also create a home fire escape plan. A home fire drill should be practiced at least twice a year."