While shooting is underway again with an influx of Hollywood stars, a new report from Screen Australia shows just how savage the impact of the pandemic has been on Australian film and television. 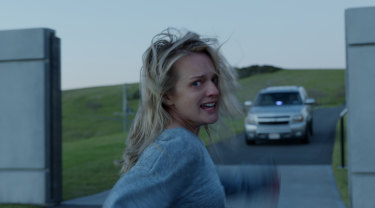 One of only 17 Australian films to shoot last financial year: Elisabeth Moss in The Invisible Man. Credit:Universal

Only 17 features and two co-productions started shooting, led by the international hit The Invisible Man and the coming releases The Furnace, Penguin Bloom and The Drover's Wife: The Legend of Molly Johnson.

That was down from 43 films the previous year and a record 52 two years earlier. Only once has the number of films been lower – in 1994-95 – since the days of Breaker Morant, Mad Max and My Brilliant Career. 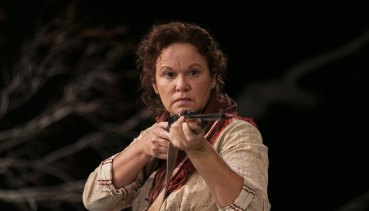 Managing to shoot before the pandemic shut down production: Leah Purcell in The Drover’s Wife: The Legend of Molly Johnson.Credit:Brett Boardmen

The chief executive of Screen Australia, Graeme Mason, said the COVID shutdown of film, television and online production most seriously affected features, with eight having their shoots interrupted and another nine unable to start.

The report shows film, television and online drama projects worth $991 million began production last financial year – down 18 per cent on the previous year.

While there were big declines for adult TV drama (down 39 per cent by value) and children's drama (down 55 per cent), there was a big jump in projects made for streaming services and online platforms (up 95 per cent). 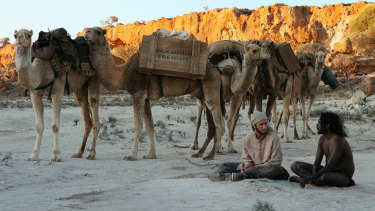 Among them were Netflix's Clickbait, Stan's The Commons and Amazon Prime's Back to the Rafters; Ding Dong I'm Gay for YouTube; Cancelled for Facebook; Mint Condition for Vimeo; How To Stay Married, Drunk History Australia and Neighbours: Erinsborough High for 10Play and Why Are You Like This? for ABC iview.

"We were on track to have a record year in many parts of the sector," Mr Mason said. "We still had almost $1 billion of spend with COVID taking out an entire quarter. And we estimated that 26 Australian titles were postponed and they had budgets in excess of $325 million."

While the industry was largely shut down, the pandemic either inspired or influenced the creation of the TV shows At Home Alone Together and Retrograde for the ABC and Housos vs Virus: The Lockdown for 7Mate.

One of the few features to shoot anywhere in the world, the American horror pic Children of the Corn, showed how to work with COVID safe protocols outside Sydney. 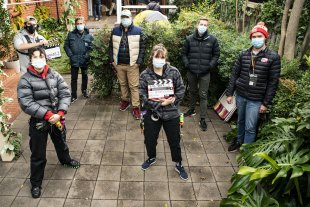 When shooting resumed on the Network 10 TV series Five Bedrooms, it was with COVID safe protocols.Credit:Screen Australia

When these protocols were formalised and major cities began opening up again, there was a sudden surge of production. Some were postponed Australian projects; others were international films and television series attracted by the country's relative COVID safety. 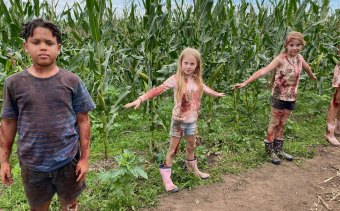 Quarantine bubbles, such as the one utilised by the cast and crew of Children of the Corn, became part of the industry’s COVID safe protocols as filming resumed.