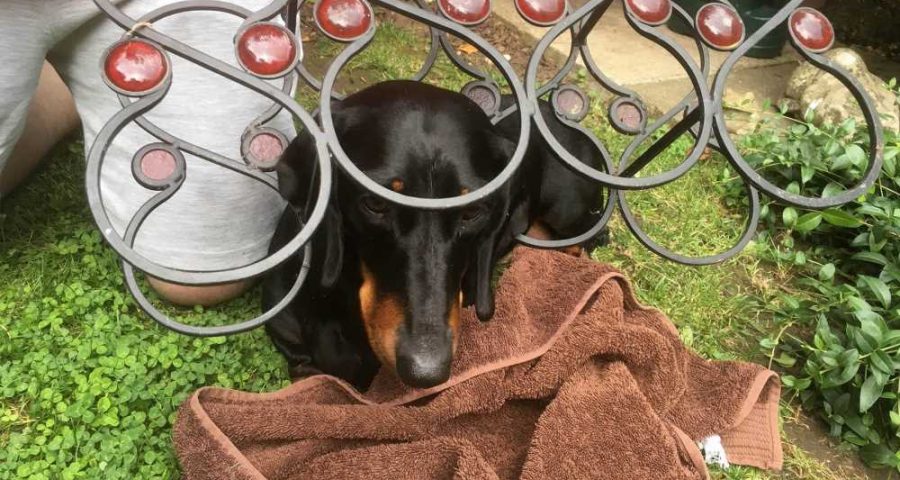 Dog rescued after being found buried alive in California

Wildfires in Turkey: Butterfly drinks from hand after fleeing blaze

Fires in Montana trap elk behind fence in terrifying blaze

A curious dachshund got herself in a pickle when she went to investigate a wine rack — and got stuck.

Firemen had to be called to extricate Millie, a black-and-tan short haired dachshund, after getting itself wedged in a wine rack last week in Jubilee Close in Waterbeach, Cambridgeshire.

Firemen “found Millie firmly stuck in the metal rack, but it is not yet known how she came to be in such a predicament,” according to the BBC.

The crew used metal cutters to free the pooch who was “unharmed” by the ordeal.