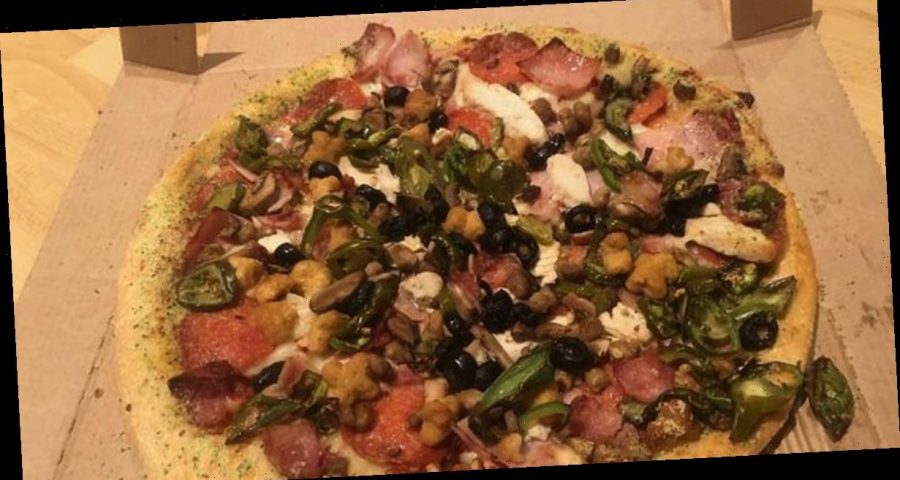 Are you bored of ordering the same old thing from Pizza Hut every time?

Or, perhaps you’ve exhausted all of the usual options?

Well, one foodie decided to mix things up in lockdown and order an enormous pizza with as many toppings as possible.

Henry Collier told KentLive that he wanted to order as many toppings on his pizza as the restaurant would let him.

And, the results were surprisingly not disgusting (despite the bloke usually preferring Domino’s!

Henry explained: “After scrolling through the chain store's website it became clear that my best bet was to go down the ‘create your own’ route.

“It proved a wise choice as I was allowed to order 10 toppings on top of the pizza – a real selection headache.”

A slightly out there selection we’ll give it to you.

The meal set him back £28 with the delivery fee included which is a pretty outrageous price for on pizza.

But, the dish was delivered within 15 minutes from placing the order – so 10/10 for speed.

So, what did Henry think of his overloaded pizza?

He said: “Before I even opened the box, the plethora of smells were starting to seep through.

“Was it the mushrooms or the jalapeños – I don’t know, but it smelt good.”

He claims that the pizza was nicely presented.

Henry added: “Now for the taste test. I took the first bite _ the vast majority of it went in but there were a few loose toppings which escaped my grip and ended up falling into the box.

“First impressions? There was a lot going on, from the saltiness of the bacon to the spicy kick of the jalapeños and chillies.

“There was plenty of meat too – chicken, beef, bacon, ham and pork but strangely enough it worked well.”

The foodie summed up the experience by saying that it was a “cornucopia of flavours” and “heavy going”.

He also warned others not to wear a white top due to spillage.

While the toppings might sound gross together, Henry says that he and his household enjoyed the experience.