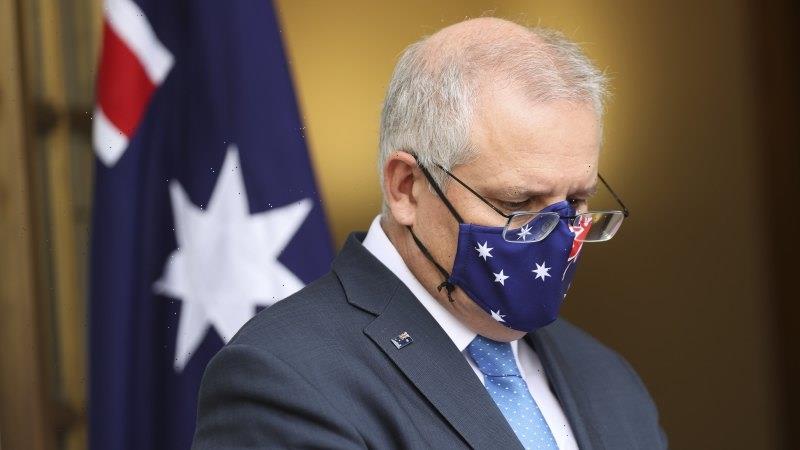 As much of Australia is living through or coming out of lockdown, Prime Minister Scott Morrison finally gave the nation its first glimpse of how the end of this pandemic could play out. While it was scant on detail and timelines, it made one thing clear: those who get vaccinated are going to have more freedoms down the track than those who choose not to be inoculated.

While that was the dominant message, the biggest policy shift was a win for Labor premiers Daniel Andrews, Queensland’s Annastacia Palaszczuk and West Australia’s Mark McGowan, who all argued that overseas arrivals must be reduced until our low vaccine rollout rate improved substantially.

National cabinet agreed to slash the passenger cap by 50 per cent to relieve pressure on the hotel quarantine system, where leaks of the virus – and therefore lockdowns – were routine. In a bid to offer some hope for those still waiting in line to return home, home quarantine will be trialled for vaccinated travellers and the Commonwealth pledged to facilitate increased repatriation flights to Darwin. 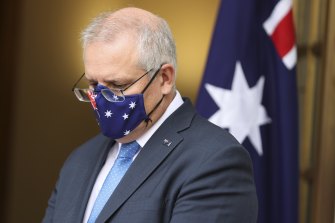 Mr Morrison said there would be four phases of the plan, but moving from the first to the second is the most substantial step. It will rely on putting a figure on the percentage of people who will need to be vaccinated before it is considered safe to allow the virus to circulate within the community, a figure which has not been decided. Once that threshold has been crossed, those not vaccinated will be far more susceptible to falling ill to the virus.

As a real-world example, at present virtually all COVID-19 deaths in the US are linked to people who are not vaccinated. The US dramatically reduced its restrictions with just under 70 per cent of the adult population having had one dose and almost 60 per cent being fully vaccinated. With Australia used to living free of the virus, that level may need to be higher to ensure that our health system can cope and to avoid deaths. At present, around 8 per cent of Australians are fully vaccinated.

It will also be dependent on whether new variants of the virus appear that are even more infectious than the Delta, which, at the moment, is spreading more widely than most. The other factor will be whether new variants that appear can be contained by the vaccines in use today, or whether a booster will be required.

In the meantime, besides a lower intake of overseas arrivals, the next six months will probably look very much like the past six months. Mr Morrison may have got a commitment to only use lockdowns as a “last resort” but most states’ preference to enact restrictions hard and fast will be a difficult habit to break. Even NSW, which has been the most successful at preventing lockdowns, may be hesitant next time around to leave it to testing and contact tracing to contain a future outbreak.

For more than 30,000 Australians wanting to come home from overseas, this is a devastating decision, with arrivals to dip from about 6000 a week to 3000. The national cabinet has concluded that “Fortress Australia” is the only option for a few months at least until our low rate of vaccination is addressed, and it won’t be addressed until more Pfizer vaccines arrive later in the year.

For Mr Morrison, this plan gives him a chance to move on from a messy week triggered by the last national cabinet meeting on Monday. It was during that gathering that the Prime Minister first floated the idea of giving indemnity to GPs so they can offer the AstraZeneca vaccine to adults under the age of 40, which led to a rancorous round of squabbling.

Friday’s meeting also gave the Prime Minister a chance to reaffirm that national cabinet as a mechanism for unified decision-making across the federation was still viable, although it is fair to be sceptical about whether this apparent consensus will hold.

It is now just over four months since the first person was vaccinated in Australia. At the time many, including the Prime Minister, believed that inoculating high-risk groups in the first few weeks of the rollout would dramatically reduce the need for state border closures or lockdowns in the future. Looking back, it should have been obvious that was naive. This is a marathon, not a sprint. And with supply problems and concerns over AstraZeneca extending the time frame until the year’s end, we are not even midway through the rollout.

It has been one of the most difficult weeks for many Australians since the pandemic began. Living through a lockdown is a life experience few would commend, and watching the outbreak of bickering among our health and political leaders over the vaccination rollout left the strong impression that the nation’s response to COVID-19 was unravelling.

Australia is often cited as a best-case scenario in dealing with COVID-19. It’s time we remembered what put us in that position. It has not happened by chance. It’s been a unique amalgam of sound medical advice, collective action in following restrictions, and, in most part, sensible political decisions. It’s now more important than ever that we continue on that path.

Gay Alcorn sends an exclusive newsletter to subscribers each week.
Sign up to receive her Note from the Editor.