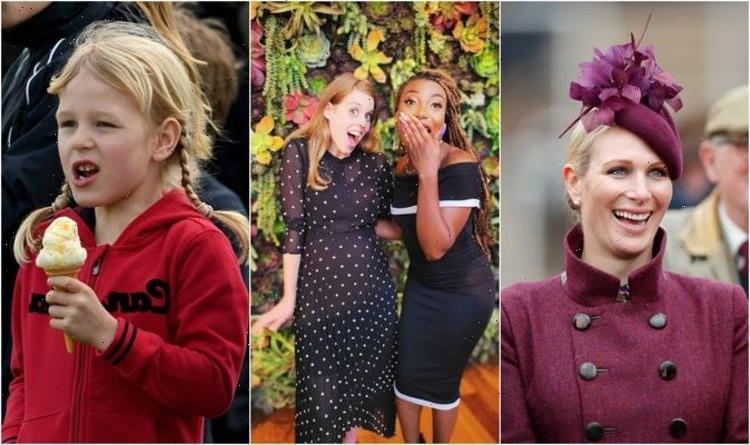 In the 20th century, Princess Anne broke royal tradition by naming her daughter Zara, a choice which many regarded as untraditional and unusual for the Royal Family. In the 21st century, the royals have continued to choose more untraditional names.

Princess Beatrice is expecting her first child with Edoardo Mapelli Mozzi in the autumn, and royal fans are excited to see which name the Princess will choose.

This will be Queen Elizabeth’s 12th great-grandchild, and bets have already been placed on what the public think Beatrice will name her child.

Currently, the favourites are Philip, after the late Duke of Edinburgh, Arthur, Albert, Alice, and Victoria.

In previous years, it would be far easier to predict what the new baby would be called; however, a new trend has emerged over the last decade where royals lower down the Line of Succession are given more unique names.

When Prince George and Princess Charlotte were born, their names were quite easy to predict because of the strong royal links tied to them and how important it was for direct heirs to the throne to have traditional names.

There have been six kings called George, namely the Queen’s grandfather and father.

Moreover, Charlotte was the name of King George III’s wife, Queen Charlotte, as well as of the popular Charlotte, Princess of Wales.

But for those lower down in the succession, it has become common practice for them to have names that are rather untraditional.

Therefore a traditional name like her cousins George, Charlotte, and Louis was not necessary.

This is similar to Princess Eugenie’s son, August Brooksbank. As he will never be king, August did not need to have a traditional name.

He is, however, named after his royal ancestors. Queen Victoria’s husband, Prince Albert, was christened as Franz Albert August Karl Emanuel.

This is in-keeping with Eugenie’s mother, Sarah Ferguson, who is a huge fan of Queen Victoria, and so chose Victorian names for her two children.

Unusual names are not an entirely new trend for the Royal Family.

Zara Tindall’s uncle, Prince Charles, chose her name which was revealed by Princess Anne when she said: “The baby made a rather sudden and positive arrival…and my brother thought Zara was an appropriate name.”

Another name that was slightly unexpected at the time it was announced was Prince Andrew.

It was not a name seen in the British Royal Family before, but he was named after Prince Philip’s father, Prince Andrew of Greece and Denmark.

Another possibility for Princess Beatrice is that she will follow the lead of her mother and her younger sister and opt for a name with links to Queen Victoria.

Sarah, Duchess of York is well-known for her interest in the life of Queen Victoria and named her two daughters in honour of her.

Beatrice was the name of the Queen’s youngest daughter and all three of Princess Eugenie’s names (Eugenie Victoria Helena) follow the same trend.

Eugenie was a granddaughter of Queen Victoria, who later became Queen Eugenie of Spain.