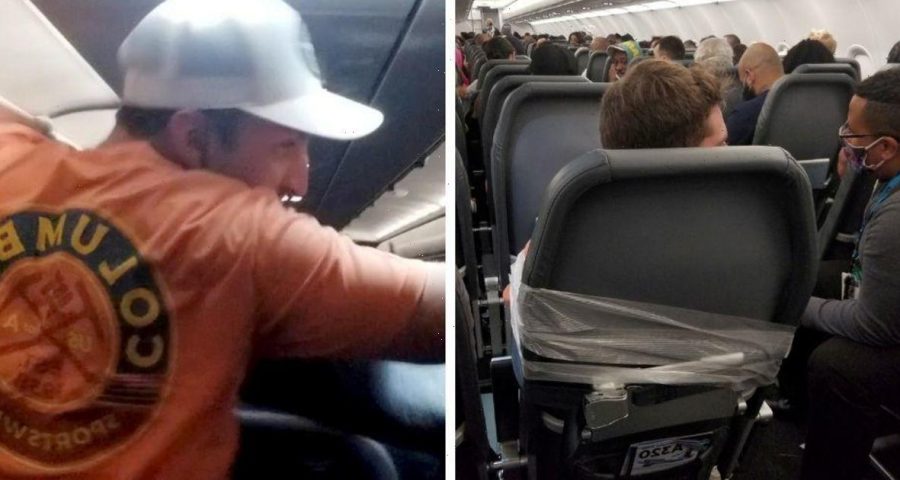 A Frontier Airlines passenger was taped to his seat after he allegedly groped and assaulted flight attendants during a Miami-bound flight from Philadelphia last week. The 22-year-old man was arrested at Miami International Airport.

Authorities arrested Maxwell Wilkinson Berry of Ohio on Saturday and charged him with three counts of misdemeanor battery, according to a Miami-Dade police report. He had two drinks while on the flight and ordered a third, police said. He allegedly brushed an empty cup against the backside of a female flight attendant, who told him not to touch her, according to officials.

He later spilled a drink on his shirt and went to the bathroom, exiting shirtless, police said. A flight attendant helped him get another shirt from his carry-on. 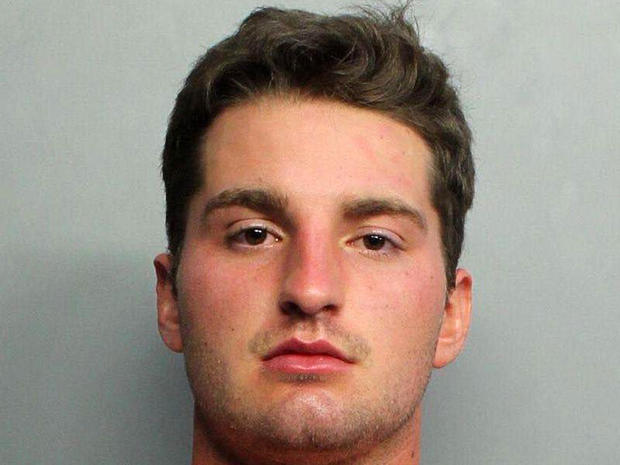 A male flight attendant was called to watch over Berry, who then punched the man in the face, police said. The flight attendant and nearby passengers restrained Berry with tape and a seatbelt extender, according to the report.

Videos on social media showed Berry screaming expletives at the crew, and at one point, he claimed his parents are “worth more than $2 million.” Other clips showed Berry taking a swing at the male flight attendant and later being tied up with duct tape.

Frontier passenger allegedly touched 2 flight attendants breasts, then screamed his parents are worth $2 million, before punching a flight attendant. Frontier suspended the crew for duct taping the passenger to his seat as they landed in Miami. 22 yr old Max Berry is in custody. pic.twitter.com/4xS9Rwvafx

Frontier initially said the flight attendants would be “relieved of flying pending completion of an investigation.” Their statement triggered a response from Association of Flight Attendants union president Sara Nelson, who called the Frontier statement a “knee-jerk reaction” to a short video of the incident.

“If this is not immediately corrected, flight attendants may feel unsafe to come to work,” Nelson said. “Management has a legal duty to maintain a safe work environment for employees.”

Frontier later said in an updated statement provided to CBS News’ Errol Barnett that the in-flight crew members are on paid leave, which is in “line with an event of this nature.”

“Frontier Airlines maintains the utmost value, respect, concern and support for all of our flight attendants, including those who were assaulted on this flight. We are supporting the needs of these team members and are working with law enforcement to fully support the prosecution of the passenger involved,” the airline said.

The incident is one of many customer-related disruptions since air travel has picked up during the pandemic. In June, the FAA said it has received more than 3,000 reports of unruly passenger behavior since the beginning of the year.