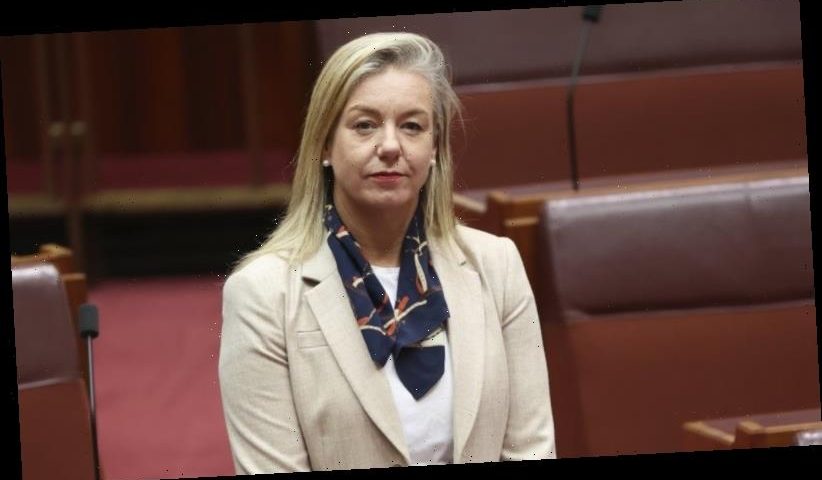 A parliamentary probe into the so-called sports rorts scheme wants the Morrison government to fund all rejected projects recommended by Sport Australia in a $100 million community sports program.

The Labor-Greens stacked committee has slammed the Morrison government over the handling of the scandal and demanded funding for all recommended projects rejected in favour of those in marginal Coalition-held seats and Labor-held seats it was targeting at the 2019 election. 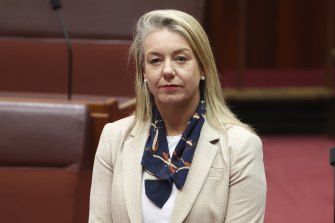 Senator Bridget McKenzie resigned as sports minister after a report found she had not declared her membership of a club that received a grant.Credit:Alex Ellinghausen

But Coalition senators on the committee have dismissed the findings of the final report as “a highly politicised and weaponised exercise”.

The Auditor-General found in January last year the federal government used the $100 million program as a slush fund for its re-election campaign, overlooking projects approved by an independent panel in favour of splashing cash in marginal seats.

A scathing report found Nationals deputy leader Bridget McKenzie, who oversaw the program as sports minister, ignored merit-based recommendations by Sport Australia for almost half the successful projects in favour of seats critical to the government’s re-election hopes.

Senator McKenzie was later forced to resign after a report by the Department of Prime Minister and Cabinet found she had breached the ministerial code of conduct by awarding a grant to a shooting club for which she had failed to declare her membership.

The final Senate report noted that despite numerous requests for several key documents, they have been withheld by the government.

They included a summary of the legal advice given to the board of Sport Australia relating to funding decisions under the program, a copy of the full unredacted list of grant applicants as they relate to Sport Australia’s assessment scores and comments and a copy of the terms of reference of the probe undertaken by department secretary Phillip Gaetjens.

The final report also recommended Prime Minister Scott Morrison provide “a full explanation” to the Parliament of the role he, his office, and potentially Coalition campaign headquarters played in the allocation of grants under the program.

It also urged the Australian Sports Commission to train its board members and officers in grant administration to ensure they are aware of their powers, responsibilities and duties under law.

“By failing to fund the clubs, councils and community organisations it wronged, despite both the Prime Minister and the Treasurer saying that is what they would do, the Morrison government has shown that it only supports grassroots sport when there’s a political benefit,” the Labor senator said.

“By arguing that it did nothing wrong in rejecting hundreds of worthy projects that Sport Australia independently assessed and recommended, the Morrison government has badly damaged public faith in the administration of grants.”

In a dissenting report, senators Eric Abetz and Matt Canavan said the Coalition accepted that there were many disappointed organisations that missed out on grants scheme because it was “so popular and therefore oversubscribed”.

“The fact that Labor’s safe seats in the ACT were allocated 1.5 per cent of the funding whilst representing 1.6 per cent of the population highlights the equity in the minister’s decision-making, which was regrettably not seen as relevant for the majority report because it debunked their unsustainable narrative,” they said.