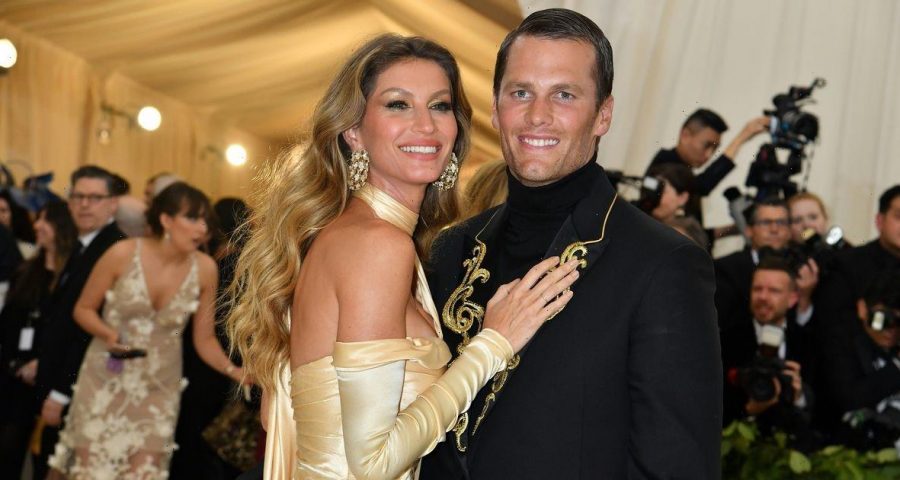 Gisele Bundchen and Tom Brady announced on Friday that after 13 years of marriage,their marriage has come to an end.

The pair announced the news on their social media accounts, with both Tom, 45, and Gisele, 42, stating that the split was an “amicable” one.

Rumours about the couple's relationship hitting the rocks have been circulating since Tom announced his retirement from the NFL, before he made a U-turn.

Gisele and Tom are parents to Benjamin Rein, 12, and nine year old Vivian Lake, while Tom also has another son, Jack, from his previous relationship with actress Bridget Moynahan.

Tom posted a statement on Instagram, writing: “In recent days, my wife and I finalised our divorce from one another after 13 years of marriage.

"We arrived at this decision amicably and with gratitude for the time we spent together. We are blessed with beautiful and wonderful children who will continue to be the centre of our world in every way. We will continue to work together as parents to always ensure they receive the love and attention they deserve.

“We arrived at this decision to end our marriage after much consideration. Doing so is, of course, painful and difficult, like it is for many people who go through the same thing every day around the world.

"However we wish only the best for each other as we pursue whatever new chapters in our lives that are yet to be written. And we kindly ask for privacy and respect as we navigate what is to come in the days and weeks ahead. Thank you.”

Gisele also posted a statement to her own Instagram, writing: "With much gratitude for our time together, Tom and I have amicably finalized our divorce.

"My priority has always been and will continue to be our children whom I love with all my heart. We will continue co-parenting to give them the love and attention they greatly deserve.

"The decision to end a marriage is never easy but we have grown apart and while it is, of course, difficult to go through something like this, I feel blessed for the time we had together and only wish the best for Tom always."

She added: “I kindly ask that our privacy is respected during this sensitive time. Thank you. Gisele.”

The former couple met in 2006 when they were set up on a blind date by a mutual friend. The following year they started dating, however in the early days of their relationship, Tom’s ex Bridget announced that she was expecting his child.

In August 2007, Tom and Bridget’s son was born and according to Gisele, this moment helped to bring the couple together.

"I'm so grateful for [Bridget]," Gisele toldPeople. "I know this was hard, but I couldn't imagine my life without [Jack, Brady and Moynahan's son]. I call him my bonus child."

She added: "He opened my heart in ways I didn't even know my heart could expand."

The following year the couple made a dazzling entrance at the Met Gala, where they were touted as one of “Hollywood’s biggest duos”, despite Tom playing in Boston at the time.

In January 2009, Tom presented his lady love with a stunning ring and the pair announced that they were engaged.

The couple got married at St. Monica Cathedral in California in February 2009, a little more than two years after they first met.

Little more than four months after their wedding, the happy couple announced they were expecting their first child.

The couple’s son Benjamin was born in December of that year in a home birth and at the time Tom said: “Me being there with G at his birth in our home, it lives in my mind. I think we brought this boy into the world in the most precious way”.

Their daughter was born in 2012 and at the time Gisele told her social media followers: “We feel so lucky to have been able to experience the miracle of birth once again and are forever grateful for the opportunity to be the parents of another little angel”.

However, in 2015 rumours of a split swirled but Tom quickly silenced them by saying: “We're in a great place, I'll just say that […] I'm a lucky man. I've been very blessed with support from my family and certainly her, and there's no bigger supporter that I have than her and vice versa.

“I've been very blessed to have an incredible relationship with my life partner, and I don't think anything will ever get in the way of that”.

The same rumours hit the couple three years later, in 2018. During an appearance on the Howard Stern Show, Tom said he felt Gisele wasn't feeling satisfied in the relationship as the sportsman appeared to be putting his family on the back burner in favour of his football career and business ventures.

He said: “A couple of years ago, she didn't feel like I was doing my part for the family. She felt like I would play football all season and she would take care of the house, and then all of a sudden when the season ended, I'd be like, 'Great, let me get into all of my other business activities. Let me get into my football training’.

While the pair seemed to patch things up, in September 2022, Gisele spoke to ELLE about her relationship with her husband.

“Obviously, I have my concerns – this is a very violent sport, and I have my children and I would like him to be more present.

“I have definitely had those conversations with him over and over again. But ultimately, I feel that everybody has to make a decision that works for [them]. He needs to follow his joy, too.”

While the pair have now finalised their divorce, earlier this month, Gisele liked an Instagram post that read: "You can't be in a committed relationship with someone who is inconsistent with you. Read that again."