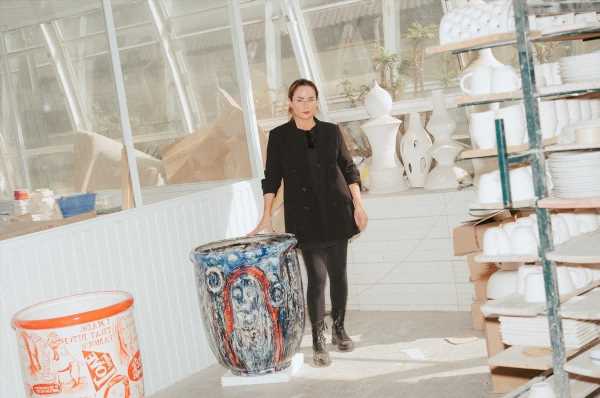 Artists and designers are thriving in Mexico’s second largest city, making it a destination on the rise. 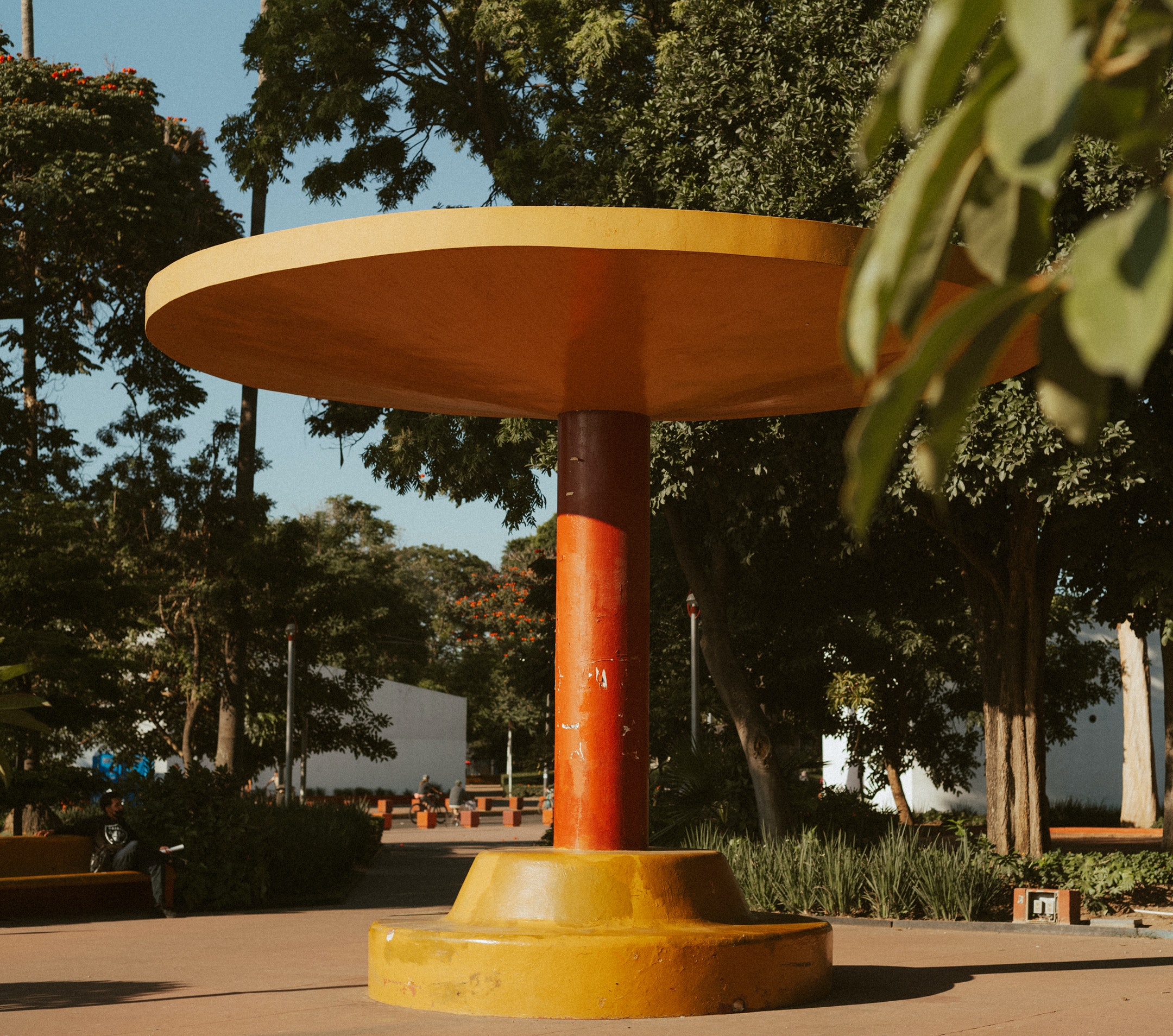 “The comparison between Mexico City and Guadalajara is like New York and Los Angeles—only we don’t have Hollywood, so there’s less glamour here,” says José Noé Suro, laughing. Like L.A., Guadalajara—Mexico’s second largest city—is a spread-out underdog that is in the midst of a creative renaissance, with artists and designers arriving in droves. Suro is walking me through the light-filled, domed building that houses Cerámica Suro, the tile factory he runs in an industrial area on the city’s outskirts. But “factory” is a bit of a misnomer: Cerámica Suro is an influential artistic hub that has attracted everyone from the architect David Adjaye to the chef Enrique Olvera to the artists Sarah Crowner and Jorge Pardo. Over the past two decades, Suro, a tall and gentle man who is quick to smile, has enticed major international artists through residency programs and collaborations, convinced local talent to stay, and been instrumental in developing the city’s art scene.

Renata Morales, with her work, at the Cerámica Suro factory.

The day I visit the factory, I run into Renata Morales, an interdisciplinary artist known for designing costumes for Arcade Fire, who divides her time between Montreal, Mexico City, and Guadalajara. (We’d sipped mezcal together at the hip cantina De La Ó the night before.) I also spot the L.A.-based photographer and mixed-media artist Walead Beshty, who is waltzing around the space, camera in hand. He had recently flown in from L.A. to continue an ongoing project with Suro.

Alejandro Garcia Contreras on the roof of his studio.

The atmosphere at Cerámica Suro is emblematic of the city’s rich history and robust network of artisans, both of which have helped lay the foundation for the current revival. Other essential elements: affordable studio spaces and easy access to public transportation. And then there’s the international attention: In October of this year, Guadalajara hosted Estación Material, the first traveling edition of Mexico City’s Material Art Fair, which was held for four days at Cerámica Suro.

José Noé Suro, with a work by Fiona Banner, at Cerámica Suro.

Chatter about Guadalajara’s renewed energy has traveled fast. I first learned about the rising scene from the furniture designer Fabien Cappello, then received a voice note from Regina Pozo, the founder of the furniture design firm Txt.ure. She connected me with Suro. “I’ll show you around, and we’ll go for dinner,” he said over the phone, before I had even decided to make the trip.

“The scene in Mexico City can be unhealthy at times,” says the ceramicist and sculptor Alejandro Garcia Contreras, whose work explores contemporary pop culture and folklore. “Here, people are very collaborative.” He moved to Guadalajara from Chiapas during the pandemic, after friends insisted it would be better for him personally and professionally, and settled in the same building where Ayer, a nonprofit exhibition space cofounded by the artist Javier M. Rodríguez, is located. The French-born visual artist and sculptor Guillaume Leblon, who splits his time between New York City and Guadalajara, is another transplant. Having worked with many skilled makers in France, Leblon kept returning when he discovered the city’s abundance of metalsmiths and carpenters, who have since worked with him on shows in Paris and Mexico City.

Cynthia Gutiérrez, with works in progress, in her studio.

Also central to Guadalajara’s legacy: ceramics, glass, resin, and weaving. That history is evident in nearby towns like Tonalá, known for its pottery, and Tlaquepaque, a center for glassblowing that is accessible via a new stop on the metro (many travelers make a day trip out of visiting both of them). “I don’t know many cities in the world where you can find such an array of production facilities, from artisanal and rudimentary work to the most complex and contemporary,” says Cappello, speaking from his bright, roomy studio, filled with a rainbow of colorful objects. For Cappello, who has worked with brands like Hem, and who designed the furniture, communal areas, and restaurants for Estación Material, moving to Guadalajara from Mexico City, in 2020, was a no-brainer. “I’ve never experienced so much talent, openness, and generosity toward work and practice,” he says.

Gabriel Rico in his studio.

Cappello notes that one of the reasons this new generation feels so comfortable creating here is that their elders have been setting the tone for decades: Architects like Luis Barragán, Ignacio Díaz Morales, Rafael Urzúa, and Pedro Castellanos have left their mark on public parks and buildings across Guadalajara. The Parque Revolución (designed by Barragán), one of the most loved communal spaces in the city, hums with commuters, children, and couples sharing moments on the smooth red cement benches. At Travesía Cuatro gallery, located inside a Barragán-designed house, architecture buffs can examine the original tiles and windows. The city is also home to internationally acclaimed artists like Jose Dávila, Gabriel Rico, Jorge Méndez Blake, and Cynthia Gutiérrez.

The sign in front of Comala Barra de Café.

Commercial galleries like Gamma Galería, Guadalajara90210, and Travesía Cuatro have been influential for some time, but don’t dominate the scene. Instead, artists often band together, divvying up studio spaces and turning them into casual collectives. At Estudio Hospital, a shared warehouselike studio founded in 2018, creatives often gather to exchange ideas over a beer at the end of a workday. “If I don’t know how to drill something, somebody will,” says Renata Petersen, a locally born artist who moved back to her hometown in 2018.

Fabien Cappello, with his dog, Toni.

Luis Muñoz, 27, opened Luis, a tiny white-box gallery, with his business partner, Luis Flores, 28, last year. “In Mexico City, I felt like there was nothing to discover,” says Muñoz, who relocated to Guadalajara three years ago. “When I got here, it was like Mexico City when I was growing up. That’s exciting to me.” A few times per month, he and Flores host workshops and discussions. When I arrive one Tuesday evening ahead of a talk, there’s a string of cool kids with tattoos and piercings filtering in. Luis is located in the Vallarta San Jorge neighborhood, close to one of the city’s swankiest restaurants, Alcalde, but it’s all about inclusivity. “It’s impacted the scene a lot,” says Cappello, adding that he rarely misses an opening. Installation artist and sculptor Javier Fresneda, who moved from San Diego, exhibited a recent body of work at Luis, for which he used rock fragments from the Aline Barnsdall Hollyhock House, in Los Angeles, in order to engage a younger audience with boundary-pushing conceptual work. “It’s interesting to collaborate with people who are starting something new,” he says. “The scope is wider, and the initiative is more energetic and uplifting.”

Guadalajara’s openness extends to outsiders, too. Throughout my stay in the city, people send me contacts over WhatsApp and connect me with friends of friends. I have dinner with Suro and his family, and grab Sunday morning brunch with Cappello, his partner, and their dog. One evening, I bump into Rodríguez at a bar, and he invites me to have drinks with his friends. Another night, Renata Morales and I walk the dark streets until we arrive at a lively square, where vendors are selling tamales and cotton candy in the shadow of a church. A crowd gathers around a man dancing to music. He takes the hand of one of the bopping bystanders and spins her around, two strangers dancing effortlessly in sync. “Every time I come here, I love this city more and more,” Morales says. At this moment, I do too.

Saloon del Bosque is an old-fashioned watering hole in a bright yellow building, where locals go for traditional cocktails like peppermint water with rum.

Hidden behind blue folding doors in a garagelike space, with a tiled blue bar and diner-style high-top chairs, De La Ó specializes in simple cantina-style dishes such as shrimp aguachile with tostadas, alongside small-batch mezcals. “Even if you go alone, you will always find some friends and colleagues there,” says Petersen.

Set in a traditional neighborhood and run by a stylish young couple, Xokol is all about giving traditional dishes like elotes and tamales a contemporary twist. “They’re part of a new generation making a tremendous effort and continuing a legacy,” says Suro.

The neighborhood of Colonia Americana hums with hip locals spilling out of all-day breakfast cafés, bars, and clubs. “It has such charm,” says Leblon. “I go to El Terrible Juan, where they brew their own coffee and have really good cakes.”

At the former hospital complex Hospicio Cabañas (now a museum and UNESCO World Heritage site), detailed murals created at the beginning of the 20th century by the iconic muralist José Clemente Orozco are among the most significant cultural landmarks in the city. Gutiérrez also notes that Orozco’s former studio, PAOS, is the location of many independent creative spaces.

Both Parque Revolución, designed by Luis Barragán, and Parque Morelos are great people-watching spots. “Parque Morelos has these amazing modern structures from the late ’60s. There’s a huge roof that people dance on, on Saturday afternoons. It’s a great place to feel the city,” says Cappello.

Casa Habita is one of the most loved properties in the city. The polished white rooms have floor-to-ceiling windows, and the lobby is known for its marble fireplace and bright green bar.

Julia y Renata, a brand started by two sisters in 1993, sells its minimalist take on traditional garments in a chic boutique at the Hotel Demetria.

Empathy Store is known for its home goods, but it also carries resortwear, jewelry, and accessories.

Tonalá and Tlaquepaque, historic towns on the outskirts of the city, have drawn craft lovers for decades. Head to the outdoor markets to find local ceramics, embroidered textiles, and glassware.