With its orange-hued evocation of fun things like pumpkins, scarecrows, costumed trick-or-treating children and autumn (not ours, but don’t you wish we got it twice?), Halloween is a special time – and so is the seasonal TV.

Of course, there’s the timely indulgence in the dark, frightening and macabre – the masked serial killers, the witches, the monsters. But the best Halloween viewing also offers a warm, comforting tone: a whiff of cinnamon and crunchy leaves and, um, pagan ritual.

So grab a pumpkin spice latte and a packet of Biscoffs and settle in for these small-screen suggestions, to celebrate the most wonderful time of the TV year (not you, Christmas).

It’s the Great Pumpkin, Charlie Brown (Apple TV+)
Is it even Halloween if you haven’t seen Charlie Brown in a ghost costume copping a trick-or-treat bag full of rocks? With all due apologies to Dolly Parton’s A Smoky Mountain Christmas, the 1966 Peanuts classic remains the greatest-ever piece of seasonal TV and essential October viewing.

Muppets Haunted Mansion (Disney+)
Disney’s charming new Muppets special plays like a small-town carnival ghost ride. A Muppet-y riff on Vincent Price’s 1959 classic House On Haunted Hill, it finds Gonzo and the ever-delightful Pepe the King Prawn trying to survive a night of ghosts and ghouls (and Fozzie Bear’s hack one-liners) in a haunted hotel run by a perfectly hammy Will Arnett. 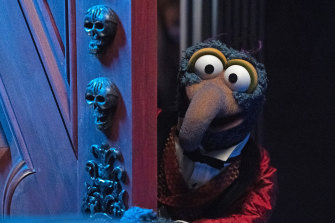 Gilmore Girls (Netflix)
Despite being the TV equivalent of a pumpkin spice latte, the classic series only produced one Halloween episode (Season 6’s 21 Is the Loneliest Number), which seems a bizarre oversight. Unless you’re traumatised by fast-talking mums, there’s nothing spooky about the show at all – but its autumnal charm will get you in a Halloween-y mood quicker than a Michael Myers killing spree.

Midnight Mass (Netflix)
The new series from horror auteur Mike Flanagan is a slowly unspooling descent into depravity, set among an unhinged fishing community that makes Twin Peaks’ inhabitants look normal. If you’re into the more unsettling aspects of Halloween – you know, the pagan rituals rather than the mixed lollies bags – let this show’s “vampire angels” be your guides. 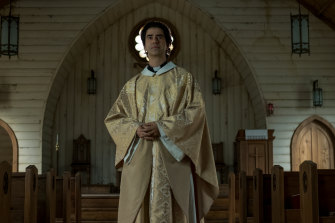 The Fear Street Trilogy (Netflix)
Based on the book series by horror icon R.L. Stine, Netflix’s recent slasher trilogy – with installments evocatively set in 1994, 1978 and 1666 – would make for an enjoyable pre-Halloween movie marathon. It’s decidedly more mature than the author’s Goosebumps series: “I get to kill off a lot of teenagers in this one,” Stine happily noted in a recent GQ interview. 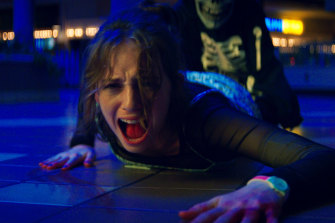 Maya Hawke in the first of three Fear Street movies based on RL Stine’s books.Credit:Netflix

Over the Garden Wall (Stan*)
The Emmy-winning cult cartoon, with its barn-dancing pumpkin people and playful gothic humour, is an enchanting experience. A sort of nod to Jazz Age Merrie Melodies shorts by way of Watership Down, Wind in the Willows and Adventure Time (creator Patrick McHale was a creative director on that series), it’s worth revisiting anytime but Halloween offers a nice excuse.

I Know What You Did Last Summer (Amazon Prime Video)
An Instagram-era update on Jennifer Love Hewitt’s 1997 hit film, Amazon’s meditative new take has its own awkward appeal, like Euphoria turned into a slasher series (complete with full-frontal nudity within its first 10 minutes). The whole thing might be completely unnecessary, and yet it’s oddly addictive. 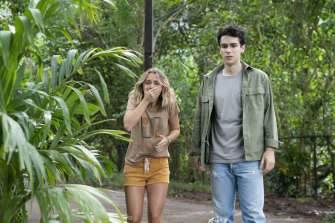 I Know What You Did Last Summer is a modern update on the Jennifer Love Hewitt’s 1997 classic. Credit:Michael Desmond/Amazon Prime

There’s Someone Inside Your House (Netflix)
Yes, the culture’s in full-blown teen-slasher revival mode (even Scream’s got a new instalment out in January). Produced by Aussie James Wan, this one is sheer Halloween comfort food. Prep a giant bowl of popcorn and enjoy the familiar on-screen delights of clueless teens getting knifed by masked weirdos in their own homes. 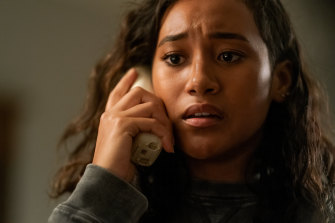 Sydney Park in There’s Someone Inside Your House. Credit:Netflix

Elvira’s 40th Anniversary, Very Scary, Very Special Special (Shudder)
Another delightful throwback, Elvira – ’80s TV’s infamous ‘Mistress of the Dark’ – recently celebrated her onscreen milestone with a special movie marathon for horror streaming service Shudder, featuring the films House on Haunted Hill (1959), The City of the Dead (1960) and Messiah of Evil (1973), accompanied by her campy commentary. To Halloween enthusiasts, it feels like home.

*Stan is owned by Nine, the owner of this masthead.