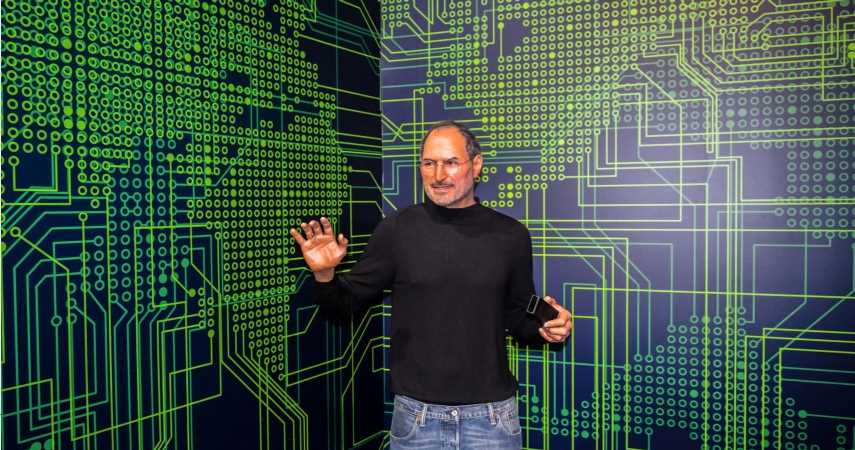 Recent news headlines announced Amazon CEO Jeff Bezos would step down as chief executive officer after 25 years. Bezos grew the business from a small online bookstore into a global go-to for everything from home décor to groceries to craft supplies.

According to Forbes, Bezos has been known for his uncompromising standards and work ethic. Andy Jassy, an Amazon native leading the AWS cloud computing side of the business, will step into Bezos’s shoes, leaving some to cringe in fear of the coming change.

Bezos will stay on as executive chairman; however, history tells us when the founder and CEO leave the nest, it’s not always an easy road.

The Father Of Microsoft – Bill Gates

More than 20 years ago, Bill Gates stepped down as CEO of Microsoft, handing the baton to Steve Ballmer, the company’s 30th employee and Harvard University pal. Gates remained close, taking the role of chief software architect until 2008, but that closeness led to many public battles and chaos within the company. The two men have discussed in hindsight their difficulties when deciding who was in control, making the decisions, and struggling to get the ball rolling in the right direction.

In 2008, Gates stepped back further, taking the role as board chairman for six years, then to regular board member after that.

As of March 2020, Gates left the board entirely and only served as a technology advisor to the current CEO, Satya Nadella. Time Magazine reports Gates plans to focus more time on his charity foundation, and best of all, after two decades, the transition at Microsoft has been completed. In the past two years, Microsoft has posted revenue growth of 14 per cent and still reports a market capitalization of more than $1.2 trillion.

The Visionary Behind Apple – Steve Jobs

At 30-years-old the founder of an iconic brand, Apple, was on top of the world. Steve Jobs created a billion-dollar company, was a millionaire personally, and had become a global celebrity.

RELATED: From Student To CEO: The Rise Of Apple’s Tim Cook

It all came crashing down when Jobs was forced out of his own company due to a strained relationship with chief executive John Sculley. Jobs was known as a visionary but also incredibly demanding and a tough boss to work with. According to ABC News, Jobs was stripped of his responsibilities, and he was given an office so far off the main business discussions, he referred to it as ‘Siberia.’

What makes Jobs’ story unique is after months of deciding where to go from here, he developed a new computer company, NeXT, and launched Pixar Animation Studios. Apple ends up purchasing NeXT and puts Jobs back in the company he built early in his career. After becoming Apple’s CEO, Jobs led the company to launch the iPod, iPhone, and iPad, and the rest is history. His return became what experts call the most successful corporate turnaround ever, and after stepping down once again and passing away due to pancreatic cancer in 2011, many feared an Apple upset was on the horizon.

Tim Cook, former Apple COO, was appointed CEO and has built on Jobs’ success. Market capitalization was $360 billion in 2011, and today, it’s $2.2 trillion.

The Guys Who Created Google – Sergei Brin And Larry Page

In the winter of 2019, Larry Page and Sergei Brin stepped away from the tech giant they built with servers in their garage. They also had a parent company, Alphabet Inc., and combined the two to create one CEO position over both companies as Sundar Pichai took over.

The two men chose to remain shareholders and board members of the companies, but with Pichai’s familiarity working with Android and Chrome within the company, this transition seems to be working much better than other multi-billion-dollar company transitions.

It’s not been free of all drama, however. CNBC reports Google employees have been unhappy with company policies, and thousands have gone on strike to protest a $90 million exit package for former Android leader Andy Rubin in light of sexual misconduct claims. There has also been discontent in the role Google has played with the U.S. Department of Defense and business with other countries.

Despite the setbacks and discontent, Google continues to thrive under Pichai’s leadership. Still the fourth largest company by market cap in the country, it’s expected to receive judgment and scrutiny when a CEO transition takes place.

If Amazon learns anything from previous CEO changeovers, it’s to put the right person in the new position the first time. Bezos’ plan to hand the keys over to Pichai seems to leave those watching with a hint of security and cautious hope for the success and future at the company.