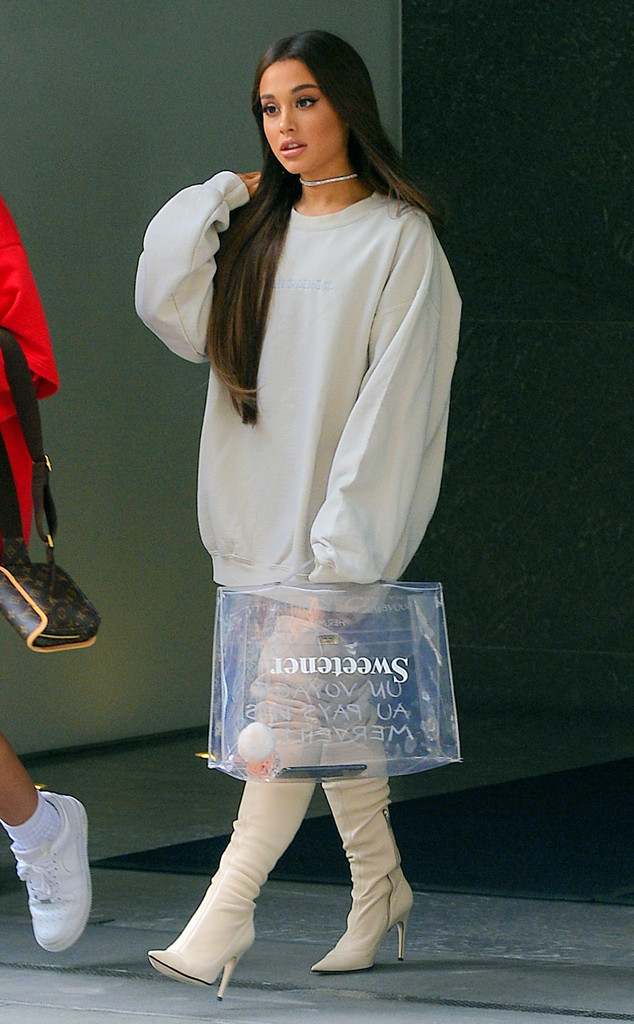 Ariana Grande has found herself in a legal situation after sharing images of herself on Instagram.

The plaintiff is looking for monetary relief from the copyright infringement, attorney fees and costs, falsifying copyright management, statutory damages up to $25,000 for each violation and punitive damages.

E! News has reached out to Ariana’s team for comment.

The Instagram post in question has been deleted but was reveled in court documents obtained by E! News.

In the shots, Ariana is seen carrying a see-through bag with the word “Sweetener.” It’s the same name as her fourth studio album.

When she first shared the photo in August 2018, Ariana captioned the Instagram post: “Happy Sweetener Day.” According to court documents, the post received more than three million “likes” before it was taken off social media.

Whether sharing memories from her tour stops, posing for selfies or hanging out with family, the 25-year-old tries to keep her 154 million followers active and engaged. And yes, that number is on Instagram alone. Will fans see different types of photos in the future? Stay tuned!