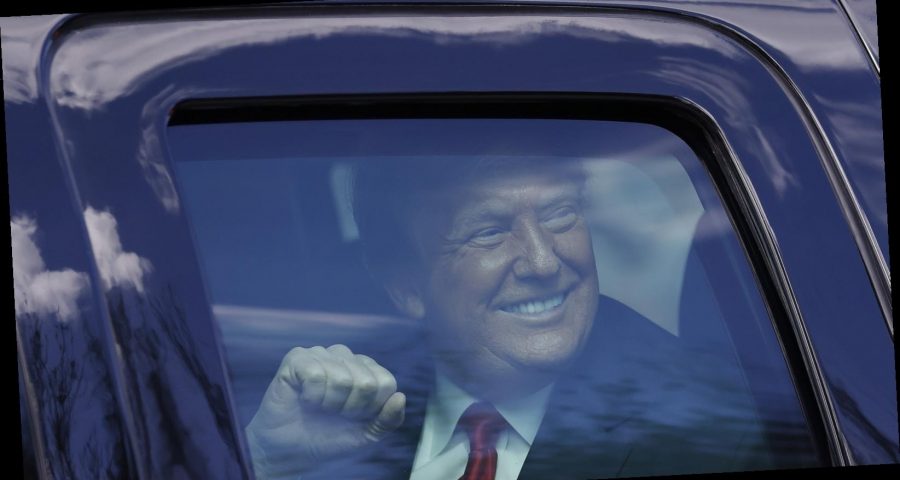 The United States of America has been around for nearly 250 years, and in that time, three sitting presidents have been impeached: Andrew Johnson, Bill Clinton, and Donald Trump; only Trump has been impeached twice, and TIME says there is a reason for that. In order to be impeached, a federal official such as a president, should have committed a crime defined by the Constitution as “treason, bribery, or other high crimes and misdemeanors.”

All three presidents were deeply unpopular with Congress — the body responsible for a president’s impeachment and subsequent removal. Johnson held on to his seat because it was claimed the charges against him were largely political in nature. While Bill Clinton is seen as having behaved badly, his “misconduct” — having an affair with White House intern Monica Lewinsky — could not be considered serious enough to warrant removal from office.

Donald Trump’s first impeachment was triggered after he was accused of using his powers to ask Ukrainian President Volodymyr Zelensky to investigate the son of political rival-now-President Joe Biden. The House felt Trump had betrayed the country by asking a foreign country to influence the U.S. democratic process. Trump was eventually acquitted in a vote made along party lines and at that time, Sen. Mitt Romney voted to convict him on abuse of power. So what makes this time different?

Donald Trump’s second impeachment stems from one charge — inciting an insurrection on Jan. 6 — the day Congress was meant to validate the Electoral College count. What was meant to be a procedural matter turned into deadly insurrection when thousands of Trump supporters, including white supremacist groups (via The Guardian), stormed the halls of the U.S. Capitol seeking to “stop the steal.”

Before that, Trump delivered a speech where he repeatedly talked about the need to “fight.” In one comment, the then-president said: “We fight like hell and if you don’t fight like hell, you’re not going to have a country anymore.” Trump also told the crowds that: “We want to go back, and we want to get this right because we’re going to have somebody in there that should not be in there and our country will be destroyed, and we’re not going to stand for that” (via The Associated Press).

One of those who took part in what is now seen as an insurrection said he showed up because: “Our president wants us here. We wait and take orders from our president” (via The New York Times). At least five people died as a result of the siege on the Capitol.

Donald Trump’s second impeachment trial will look a bit different from his last one. Because he is now a private citizen, his trial will not be presided over by Supreme Court Chief Justice John Roberts; instead it will be led by the Senate president pro-tempore, Democratic Sen. Patrick Leahy.

Proceedings will begin with a four-hour debate over whether the Senate has the power to try a former president — and that matter will be decided by a simple majority vote of half plus one. From there, House impeachment managers and Trump’s lawyers — Bruce Castor Jr. and David Schoen — will be given up to two days to lay out their cases for and against convicting the president (via the Financial Times).

Both sides are expected to face the Senate to answer questions, and the Senate is expected to debate on whether there is a need to call for additional witnesses. All told, the trial could end up lasting no more than a week (via Mother Jones).

Kinzinger: We need to confront what happened

While the impeachment trial may be quick, it won’t be without its bumps, because prominent conservative voices within the Republican party are already questioning their own lawmakers for saying it would be unconstitutional for Donald Trump to stand trial.

One of them is lawyer Charles J. Cooper, who is close to Sen. Ted Cruz and House minority leader Kevin McCarthy. Cooper says that because the Constitution allows the Senate to prevent officials who have been convicted of impeachable offenses from ever holding public office again, Trump supporters cannot say that the Senate is barred “from trying and convicting former officeholders” (via The New York Times).

Among those who strongly feel there is a need to hold Trump accountable is GOP congressman Adam Kinzinger. In an op-ed for The Washington Post, Kinzinger wrote that far from being a waste of time, the exercise to try and hold Trump responsible was essential. “If the GOP doesn’t take a stand, the chaos of the past few months, and the past four years, could quickly return. The future of our party and our country depends on confronting what happened — so it doesn’t happen again,” he said.

The vote to convict is expected to fall along party lines

Senate Democrats need 17 Republican votes to convict the former president, and while that is widely expected to be a high bar they cannot reach, Mother Jones points out that the trial is still important, because it is the right response to what was then seen as an aborted coup attempt. A recent poll conducted by ABC News supports this, because it shows that 56 percent of Americans say Trump should be convicted and banned from holding federal office again.

“Part of the way we can prove what Trump meant was the reasonable understanding of the insurrectionists that he was commanding to attack,”  ethics expert Norm Eisen, who was part of Trump’s first impeachment as special counsel to House Democrats, said. Eisen even tells Mother Jones that Trump’s refusal to testify won’t hurt the case, because the video of his speech at the “Save America Rally” is enough.