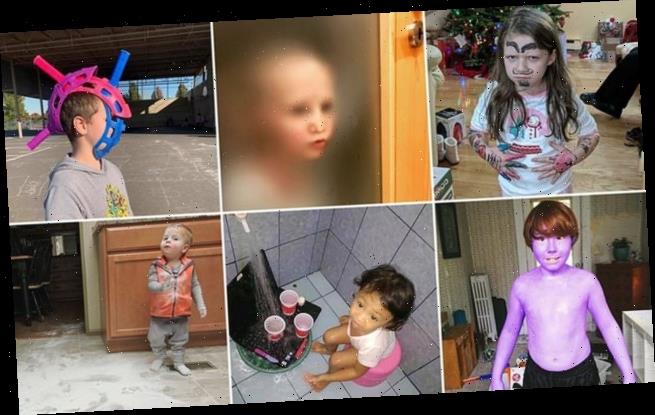 The perils of parenting! Hilarious snaps reveal children’s VERY naughty antics – including one toddler who took a laptop into the shower

As any parents knows, children aren’t adorable 24 hours a day and there are times when they can leave you wanting to tear your hair out in frustration.

And some frazzled mothers and fathers from around the world have been sharing their children’s naughtiest acts, from destroying a laptop in the shower to playing dead while parasailing.

The amusing snaps, collated in a gallery by Bored Panda, also include one child who amazingly showed her class a bottle of Malibu as something that ‘smells good’.

Here, FEMAIL has shared a selection of the hysterical situations parents were faced with which prove that having children isn’t always plain-sailing. 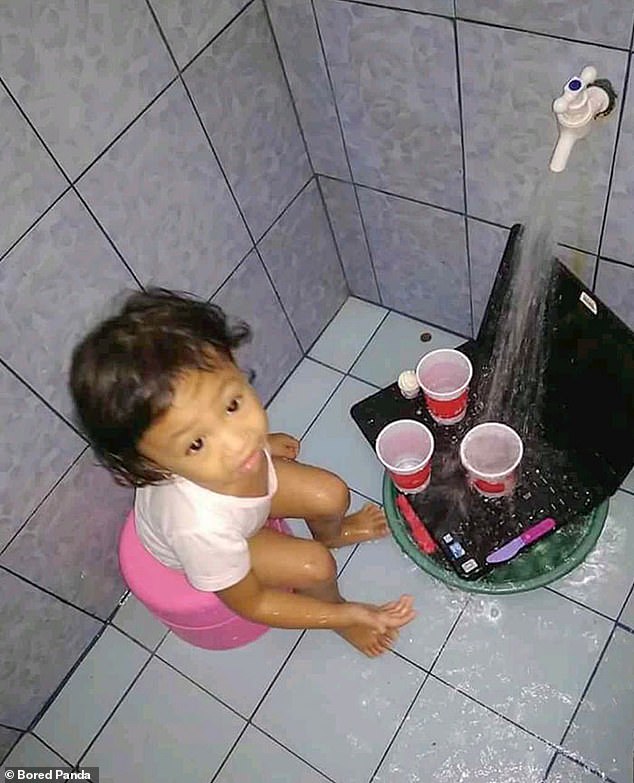 Parents from across the globe have revealed the amusing realities of having children, including one toddler who decided that she wanted to play with the laptop, before taking the device into the shower 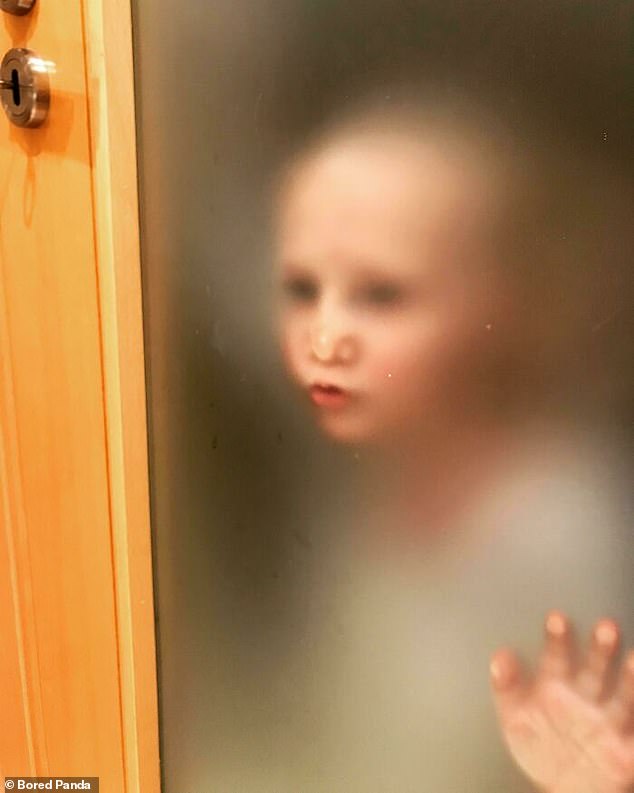 The amusing snaps, collated in a gallery by Bored Panda, also included a child who resembled something from a horror movie after pressing their nose up against a frosted door 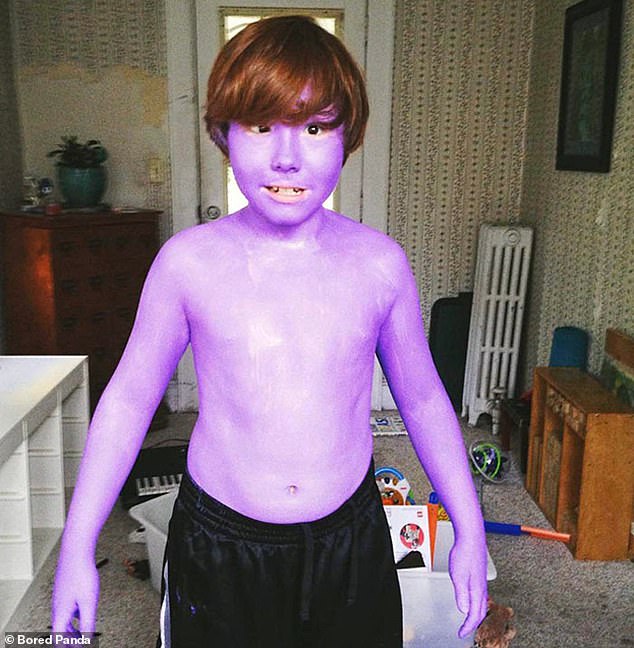 One shocked parent, whose location is unknown, came home from work to find that their daughter had painted her brother head-to-toe in bright purple paint 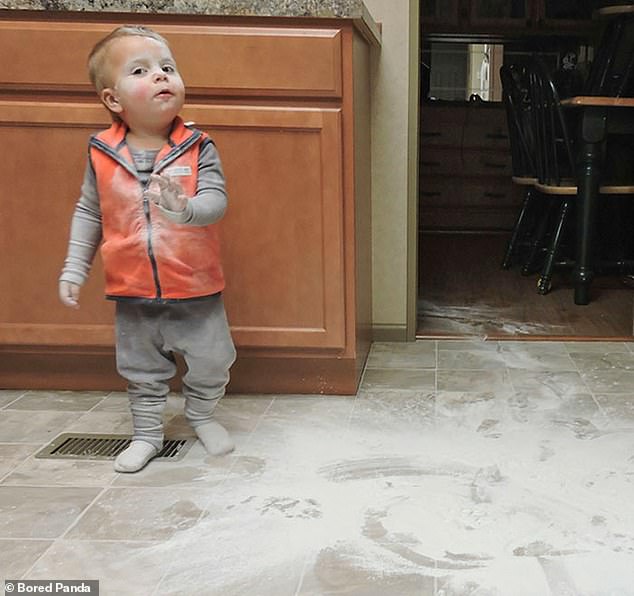 One infant boy, believed to be from the US, could tell that he was in trouble after getting the entire floor and himself covered in what appeared to be flour 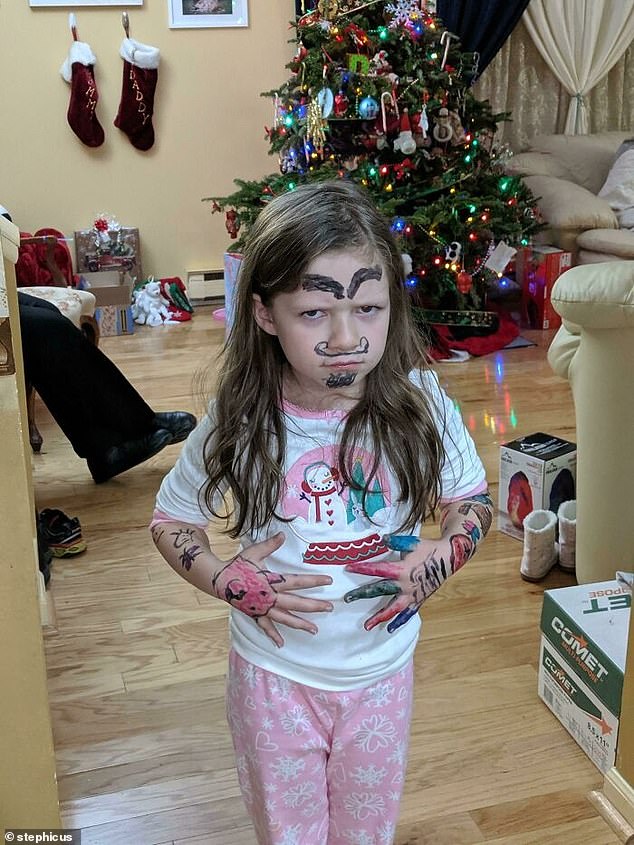 One parent, believed to be from the US, revealed how their 6-year-old daughter disappeared for half an hour on Christmas Day before covering herself in tattoo marker pens 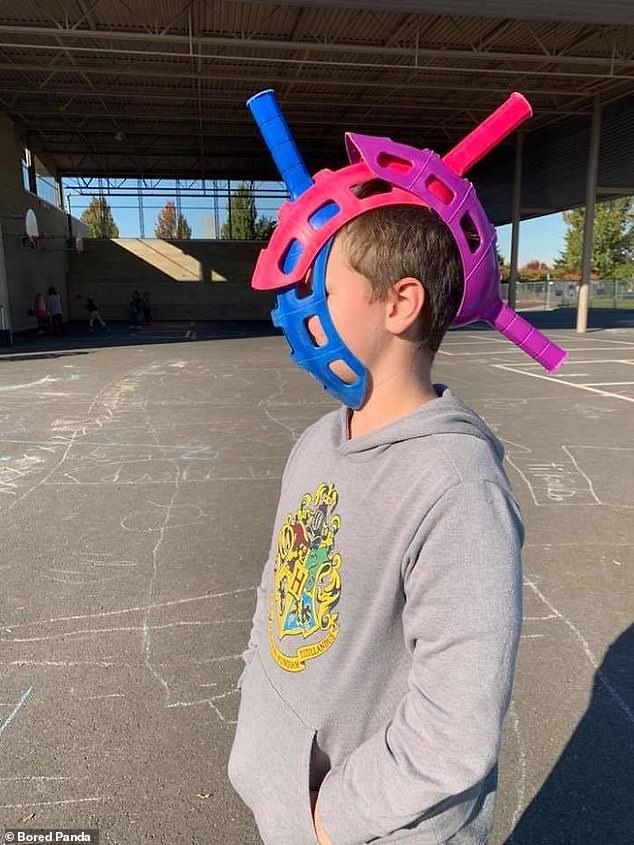 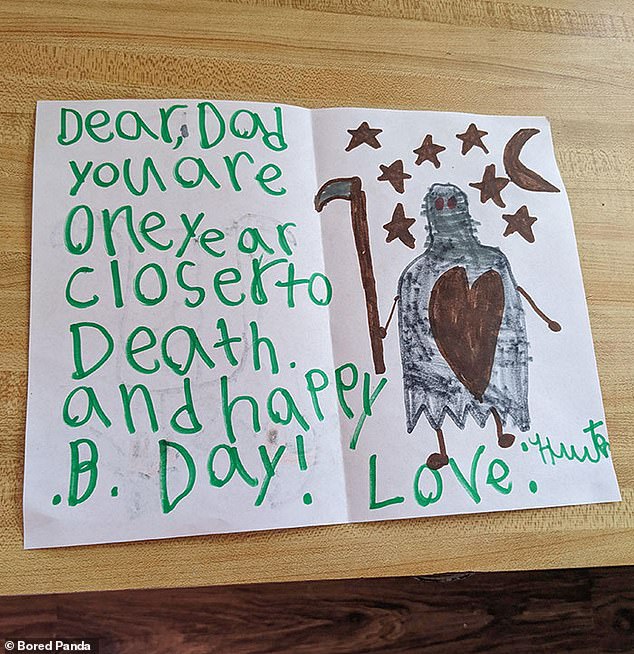 A little morbid! One seven-year-old girl penned a birthday card to her father where she reminded him that he was ‘one year closer to death’ and even drew the grim reaper 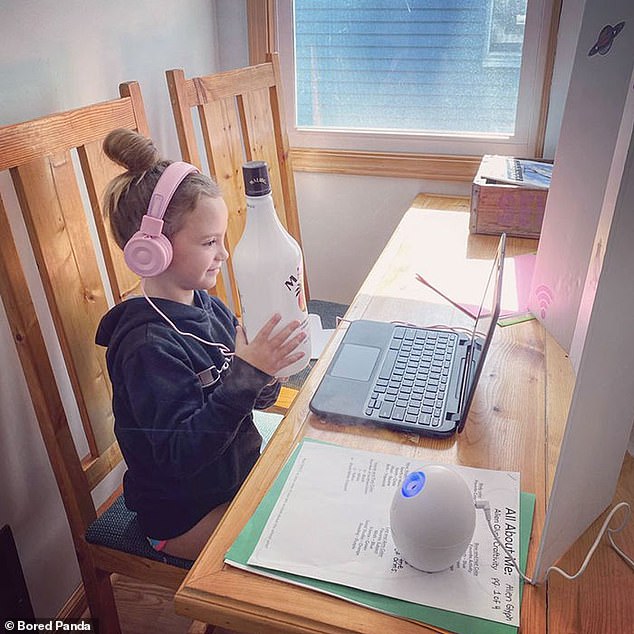 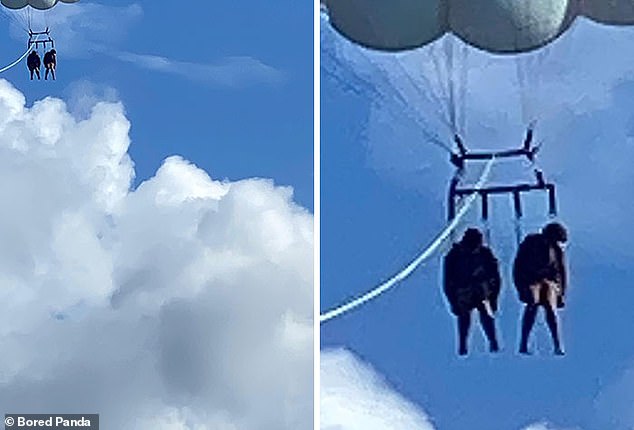 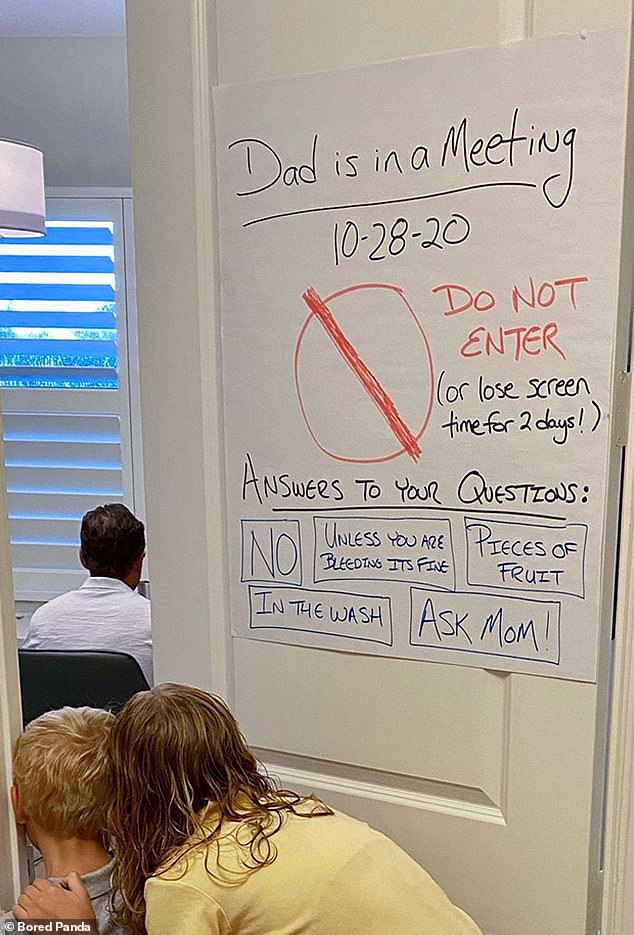 One father had an amusing solution to trying to stop his children from entering his office while he was working-from-home, as he pinned a ‘do not enter’ sign to his door 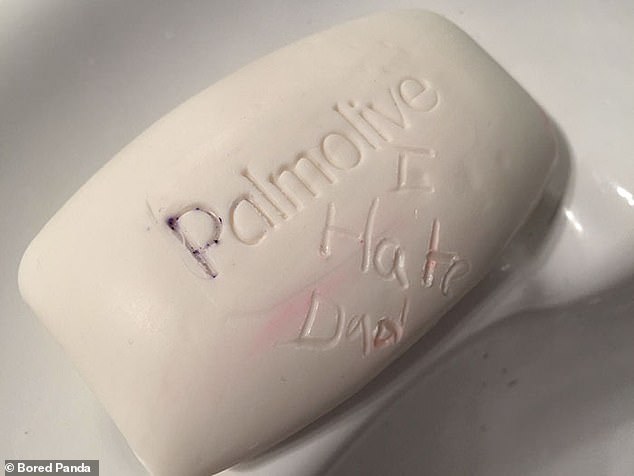 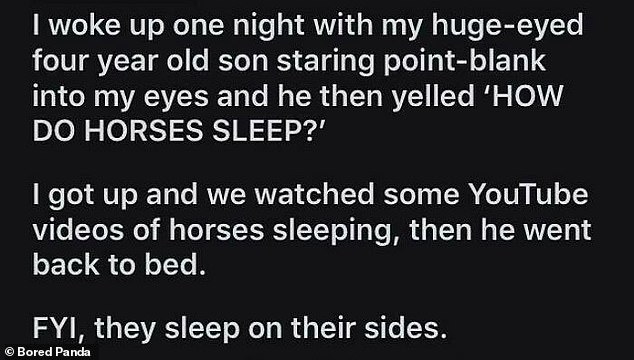 Horsing around! One parent revealed their son had some questions about the animals sleeping habits in the middle of the night 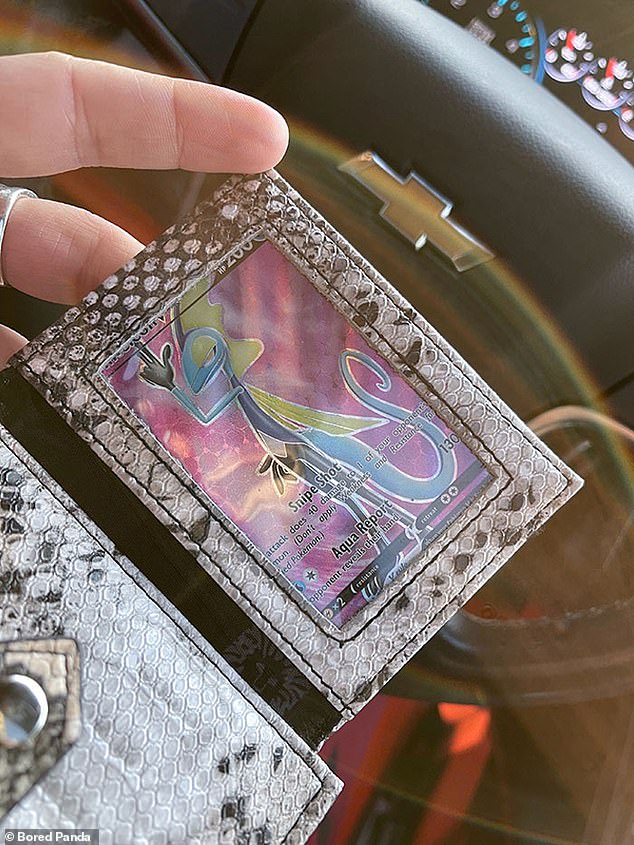 One woman, whose location is unknown, was left fuming after she was pulled over while driving but discovered her son had replaced her ID with a colourful playing card 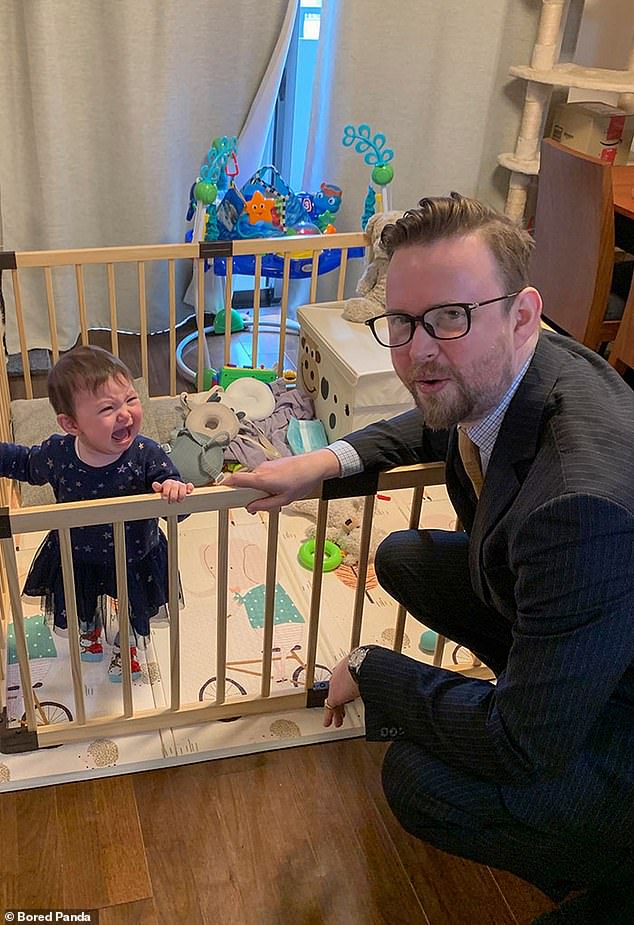 Having worked from home for nine months, one little girl was left devastated when her father worked head off to the office in a suit for the first time 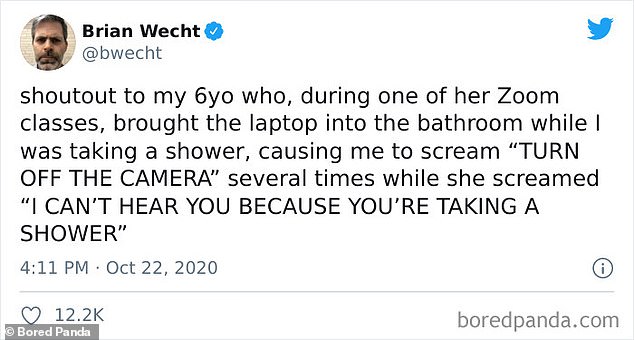 Another father encountered the challenges of homeschooling amid the Covid-19 crisis as his daughter, six, hilariously took her call Zoom call into the bathroom while he was showering 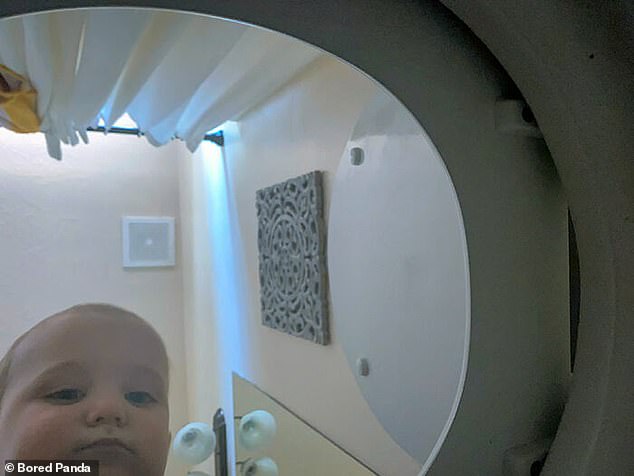 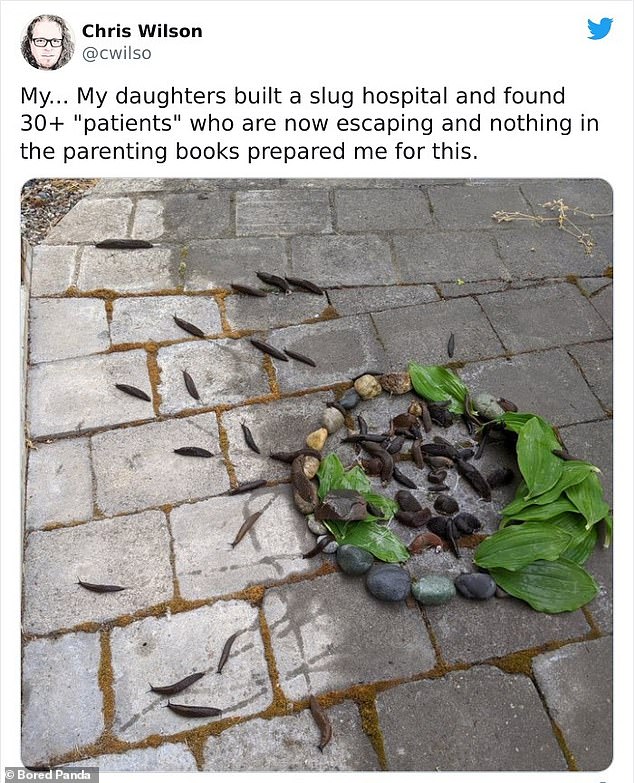 One father, believed to be from the UK, quipped that nothing in the parenting books had prepared him for his daughter creating a ‘slug hospital’ for around 30 slugs, who later escaped 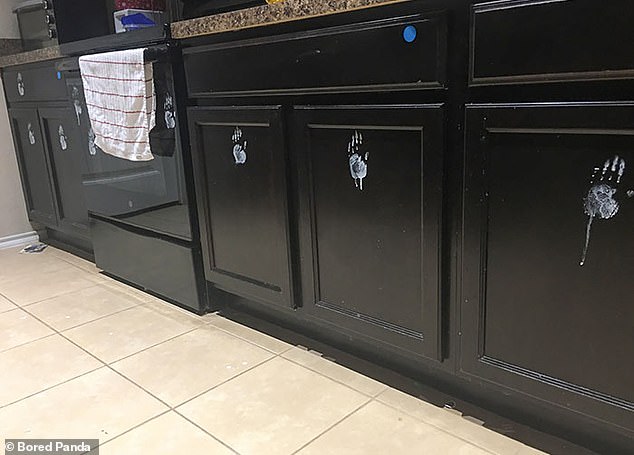 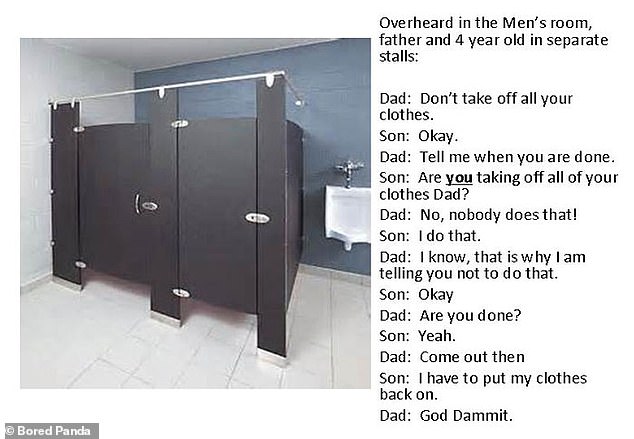 One person shared a hilarious encounter he heard between a father and his son in the men’s bathroom, which involved the child insisting on taking his clothes off to go to the toilet