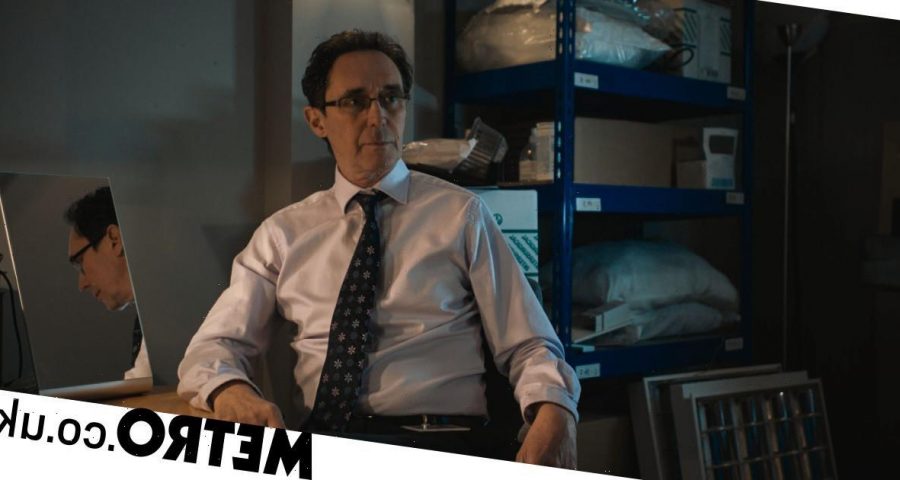 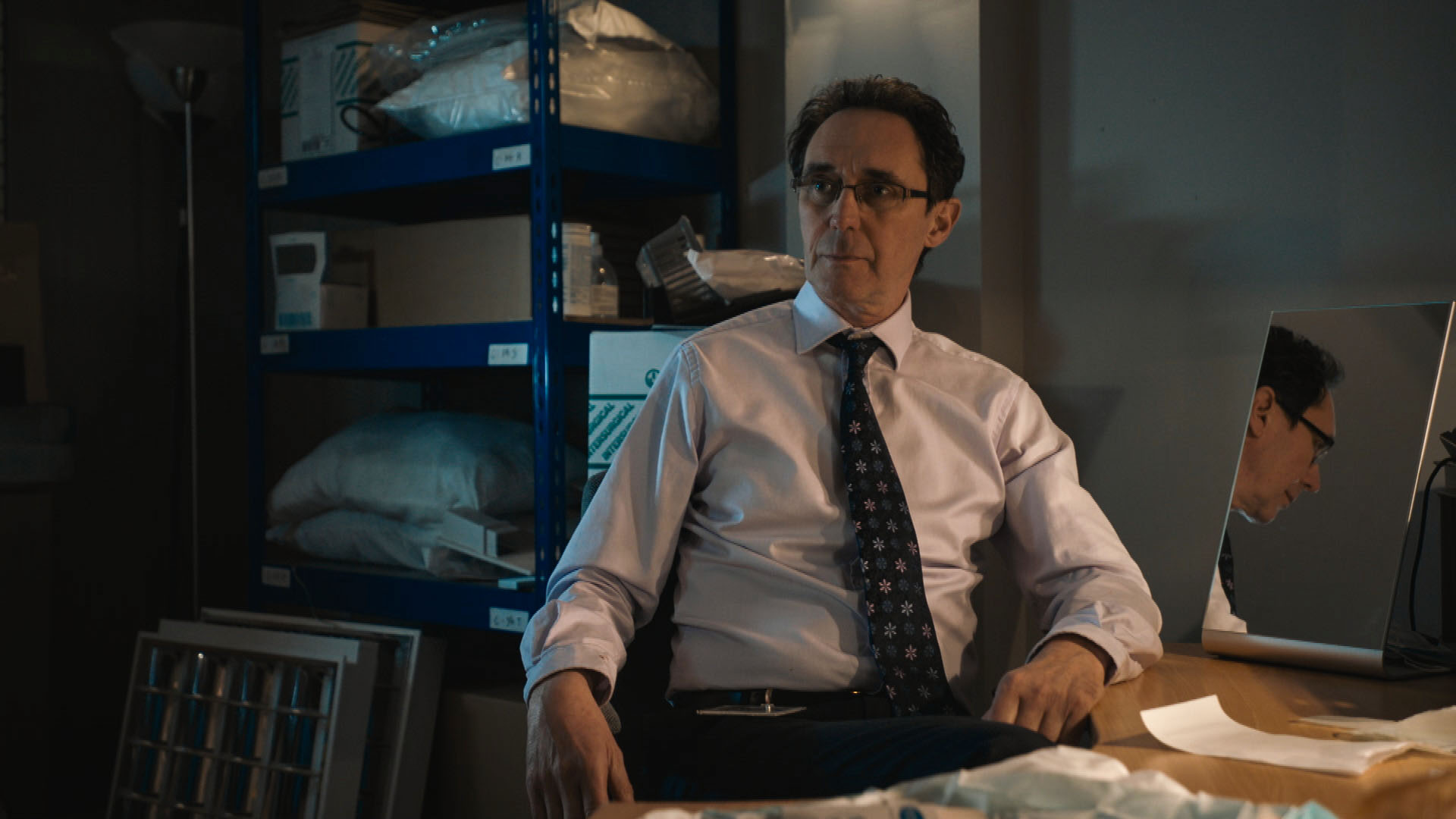 Henrik Hanssen (Guy Henry) is reaching crisis point in tonight’s Holby City, as he struggles to come to terms with the abuse he suffered at the hands of Reyhan Shah. He’s trying to deal with his pain on his own, by self-harming.

He’s in desperate need of help, but so far only junior doctor Josh Hudson (Trieve Blackwood-Cambridge) is aware of what’s going on and he isn’t able to get through to Hanssen on his own.

When a school bus crashes and casualties begin pouring in to the hospital, Hanssen is distraught to learn that they’re pupils of his old school – and one of them recognises him from the media as Reyhan Shah’s victim. Can Hanssen hold himself together to help the boy and the others hurt in the crash? And will he finally be able to accept help himself?

Kian (Ramin Karimloo) persuades Lucky (Vineeta Rishi) to sign him off as fit for clinical duties even though he’s still dependent on drugs and is straight away called on to operate on a seriously ill young woman. Does he really have the drugs situation under control?

There are further distractions when Andrei (Sonny Poon Tip) turns up and tells Kian the people who forced him to smuggle drugs have tracked him down – and now Andrei, Kian and Lucky are in deadly danger.

As Jeong-Soo (Chan Woo Lim) takes care of the driver of the bus that crashed, he seeks advice from Dominic (David Ames), who is still a patient on Keller. Will Dominic be able to get past his own feelings of self-pity and use his experience to help his junior colleague?

There are two welcome reappearances tonight as Jules Robertson returns to his role as plain-speaking porter Jason, and Fletch’s daughter Evie (Phoebe French) applies for a job in Pulses.

And on a day when every pair of hands is needed, Finance Director and former nurse Jeni Sinclaire (Debra Stephenson) proves she still knows her way around a catheter as well as around a calculator.

Sue Haasler is the author of five novels and the official BBC Holby City book, which you can read about here.