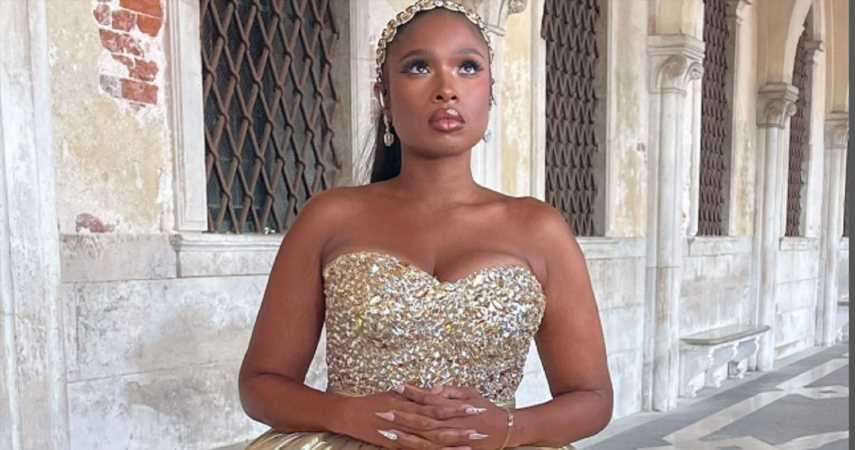 American singer and actress Jennifer Kate Hudson is the latest addition to the EGOT winners. Throughout Hudson’s successful career, she has received numerous accolades for both acting and music including a Daytime Emmy Award, an Academy Award, two Grammy Awards, a Screen Actors Guild Award a Tony Award, and a Golden Globe Award. The extremely talented actress and singer is the second black woman to ever receive all the four major awards in the American entertainment industry. She was even named among the 100 most influential people across the world in 2020. Take a look at her successful career despite her tragic past.

RELATED: A Peek Inside The Most Expensive Things Owned By Jennifer Hudson

Jennifer Hudson whose real name is Jennifer Kate Hudson was born on September 12, 1981, in Chicago, Illinois. Her father is Samuel Simpson and her mother is Darnell Donerson and is the third and the youngest child of the family. She grew up in Englewood, and was raised to practice Baptist as religion. She has attended the Dunbar Vocational High School and graduated in 1999. While growing up, her biggest influences and inspirations for cultivating her interests in music are Patti LaBelle, Aretha Franklin and Whitney Houston. She also mentioned Mariah Carey as one of her musical heroes as she developed her love for music thanks to the All I Want For Christmas Is You singer.

She started singing at the age of seven years old as a member of their church choir and also did some community theater. With the support of her beloved late maternal grandmother Julia, she was able to start singing early. She then enrolled at the Langston University however after just one semester; she left because of feeling unhappy with the weather and homesickness. She then transferred to Kennedy King College to study music and even appeared in the local musical production of the Big River

After transferring to Kennedy King College, she signed her first recording contract with the Chicago-based independent record label called Righteous Records in January 2002. She signed a five year contract with the label however she had to be released from the five year contract since so that she could start appearing in the singing talent show American Idol in 2004. She auditioned for the third season of the show and with Judge Randy Jackson saying that they were expecting more than a cruise ship performance from her after she mentioned that she used to sing on Disney Cruise Lines as one of the Muses from Hercules.

She got in and became among the contenders. During her time as a contestant on the show, she had received the highest number of votes after her iconic performance of Elton John’s Circle of Life. This was during the top nine contestants; unfortunately she got eliminated from the show for receiving the lowest number of votes following her performance of performing Barry Manilow’s Weekend in New England and did not make the cut to enter the top seven. Numerous viewers of the show were shocked with her exit including the judges themselves, MTV even claimed that Hudson is sixth greatest contestant in American Idol history. Even the Los Angeles Times claimed that she is the third greatest contestant on the show behind the first season winner Kelly Clarkson and fourth season winner Carrie Underwood.

With Hudson’s exit on the show, she focused on jumpstarting her career in the music industry. Hudson’s determination to make it in Hollywood did not falter with her elimination from Idol, she instead used it as her motivation. Through the years, she has been seen performing on numerous shows. In 2006, she signed a recording contract with Arista Records. She finally released her debut album on 2007. She co-wrote and recorded a song with Bill Grainer and Earl Powell titled Stand Up which later on became a bonus track on the deluxe version of her self-titled album.

Hudson’s career seems to be on track as she starts making a name for herself. In 2005, she joined the cast of for the film adaptation of the musical Dreamgirls playing as Effie White alongside American actor and singer Jamie Foxx, Eddie Murphy and Beyonce. She won the role with over hundreds of professional singers and actresses competing for it. Her performance on the film has earned praise for her show-stopping rendition of the hit song titled And I Am Telling You I’m Not Going which is the signature song of her role. She finally got the recognition she deserves as the numerous media outlets have praised her performance on the show. With the fame she has achieved, she went on to release three more albums and starred in numerous movies.

With all the success Hudson is experiencing, life could not get any better. Little did she know that her world would be turned upside down. It was in October 24, 2008 when her 57-year-old mother and 29-year-old brother were found murdered inside their Chicago home. At the time, her 7-year-old nephew named Julian King was missing only to be found dead as well after three days. It was the estranged husband of her sister William Balfour who murdered the three. He was sentenced to three life sentences without the possibility of parole. Despite the devastation and pain the incident caused the singer, she has forgiven him but he had to face the consequences of his actions.