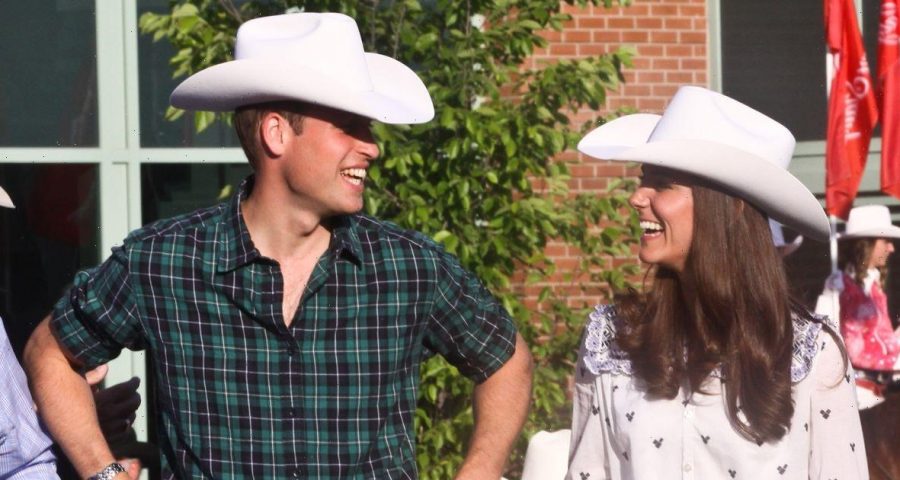 When Kate Middleton set off on her first official overseas tour as a fully fledged royal, the world watched to see how she’d cope.

It was the summer of 2011 and she was back in the spotlight two months after her wedding to Prince William.

The couple, who became Duke and Duchess of Cambridge on their marriage, travelled around Canada, taking in Ontario, Quebec, Prince Edward Island, Northwest Territories and Alberta, before heading to Los Angeles.

The 11-day trip changed the public face of British royalty, introducing the idea of a modern monarchy that was relatable, approachable and down-to-earth.

Clearly still in the honeymoon period, there were romantic displays of affection between the newlyweds, with William putting his arm around his wife as she gazed at him, besotted.

Express royal correspondent Richard Palmer was there to witness it all…

“There was this informality about William and Kate that no one had seen before,” he recalls.

“They just seemed quite natural and not as rigid. Kate was still nervous about showing affection in public, but at the Calgary Stampede rodeo, there was some really great banter between them.

“A reporter who’s skilled in lip-reading spotted Kate pointing out the chaps worn by a rodeo bull rider, saying to William, ‘We should get you in a pair of these!’ It was quite racy.”

There was also romance in the air when William whisked Kate away mid-tour for a surprise “second honeymoon”. Leaving their entourage behind, they paddled across Blatchford Lake in a canoe for a quiet meal and an evening alone on the uninhabited Eagle Island in the Northwest Territories.

Another water activity led to playful rivalry between them, both then 29.

After going head-to-head in a dragon boat race at Dalvay Lake, the triumphant duke consoled his wife with a hug at the finish line.

“We hadn’t really seen their competitive side before then. It was a demonstration of how they were bringing a new face to royal tours,” says Richard. A pivotal moment, which demonstrated a shift of popularity from William to Kate, was in Ottawa where the couple laid wreaths at the Canadian Tomb of the Unknown Soldier.

Describing the atmosphere, Richard says, “I remember the excitement and the big crowds chanting, ‘We want Kate, we want Kate!’ I think some of them even groaned when the pair split off during the walkabout and it was William, not his wife, who approached them.”

Poignant scenes were played out, too, including their meeting with six-year-old adrenal cancer patient Diamond Marshall, who’d dreamt of meeting “a real princess”.

The exchange between the little girl, who sadly died in 2014, and the couple made headlines around the world. Richard says, “They were both lovely with Diamond. Kate, especially, was really natural with her. It showed just how good they were with kids before they had their own.”

It was also noticeable how the duchess’s body language mirrored that of her late mother-in-law, Diana, Princess of Wales.

Richard recalls, “They both followed Diana’s example on that trip. We saw them get down on their knees to be at the children’s level when talking to them.”

In another effort to appear relatable, the couple’s tour entourage had been trimmed down to a group of seven. But that didn’t prevent some unscripted incidents, particularly Kate’s “Marilyn Monroe moment” at Calgary International Airport when her yellow Jenny Packham dress was caught in a sudden gust and revealed more than she’d intended.

“There were a variety of reactions. Some people were amused by it, others wondered how she let it happen, says Richard.

“Kate had been dating William long before they married and was used to constantly having to be self-aware, but there was a lot of pressure on that trip, with the world’s eyes on her. Not many people could have coped with that, but Kate coped admirably.”