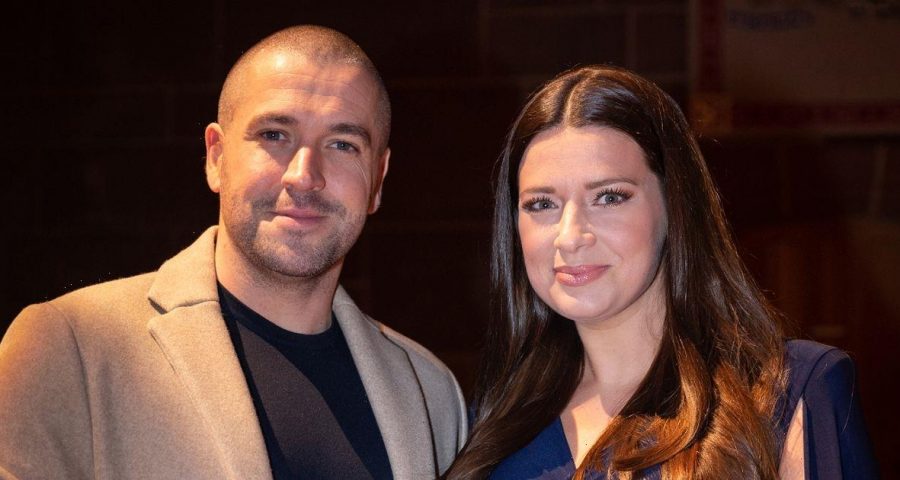 Shayne Ward and his fiancée Sophie Austin have welcomed their second child together, but after the couple were initially told they were expecting a baby girl, Sophie gave birth to a baby boy.

Shayne, 37, and Sophie, 38, had been expecting to welcome a baby sister for their daughter Willow, five, but were surprised when they were told they'd actually welcomed a boy.

The singer took to Instagram to announce the happy news, writing: "11/06/22 we had a HUGE surprise! Not a baby girl we were expecting but a beautiful baby Boy . We are so overjoyed and blessed that sir baby Ward has arrived."

Get exclusive celebrity stories and fabulous photoshoots straight to your inbox with OK!'s daily newsletter

It couple announced that they were expecting a second daughter earlier this year, and while it's quite rare that pregnancy gender predictions are wrong, it is still possible.

The NHS offers 20-week scans for all mums-to-be, and while mid-way scan is a way to check how well your unborn baby is doing, it is also usually when parents can find out whether they're expecting a baby girl or boy.

According to Parents.com, the ultrasound technician predicting your baby's gender is right around 98% of the time, so there is obviously a small chance that their prediction is wrong.

This can be for a number of reasons, including the position of your baby and whether you're carrying more than one baby.

Shayne and Sophie's surprise comes after they opened up to OK! about having a second child back in February, and revealed that Willow was excited to be a big sister.

"We’re really excited," Sophie said. "Willow is trying to get used to it, isn’t she?"

Shayne went on: "It’s just amazing. She runs in every morning and says, ‘Morning mummy and daddy, I’m just going to say hello to my little sister'.

"And it’s nice to hear her saying ‘my little sister’ as she’s now automatically a big sister."

The couple, who got engaged back in December 2017, were inundated with congratulatory messages following the arrival of their baby boy.

Caroline Thomas wrote: "Ahhh congratulations guys," alongside a series of red heart emojis, while Alex Fletcher added: "Congratulations so happy for you all lovely news".