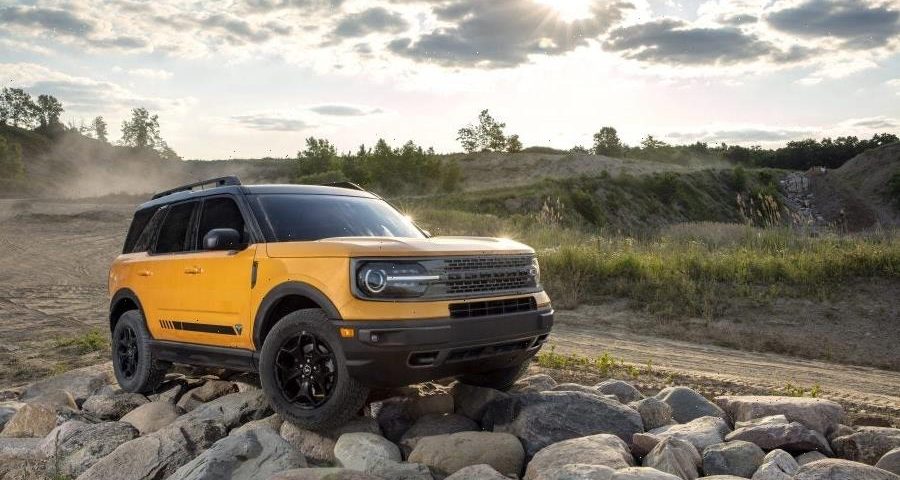 I’m a person with an intense love of travel. I’ve been on the move since I graduated high school and have had the chance to travel all around this country, as well as to a number of countries abroad. The year 2020 was the first time since I was a child that I’ve traveled nowhere. Not only did the pandemic make going on a getaway difficult, but having my first child during said pandemic made it just about impossible. Safety was the priority, so for the first time in my adult life, I had no choice but to sit down somewhere.

But things are looking up. Many Americans are getting vaccinated (myself included) and we’re all on the move again. So for the first time since 2019, I embarked on a trip. It was a special one. It was the first trip for my now 1-year-old, who was still getting used to people. It was my first family road trip. It was also a chance, with help from Ford, to get behind the wheel of the much talked about 2021 Bronco Sport (Badlands version). And while it’s a vehicle specializing in off-road adventure, I found it was perfect for a more family-oriented excursion — no less an adventure.

We decided to to take a road trip from New York City to Washington D.C. in the hopes of exposing our son to the monuments at the National Mall and to visit family in the DMV area. No one tells you in advance, but packing to travel with a toddler requires a lot (of energy and things). I’m talking food, backup clothing, extra diapers, and don’t forget the toys. Thankfully, the Bronco Sport had a good amount of space, enabling it to take all of baby’s luggage, his massive stroller, as well as our own bags for the four-day trip. We were also able to breathe a sigh of relief because the cargo area (i.e., trunk space) is protected by a rubber interior meant to house everything from bicycles standing up, to kayaks. With that being said, a stroller that had been through its own fair share of rough terrain in the concrete jungle couldn’t leave behind a mess. If it had though, it certainly would have been an easy cleanup. And when we needed to get something quickly out of the trunk, whether a charging cord or our son’s food warmed and ready to eat in a thermos, access to a flip-glass rear window allowed us to reach in to grab essentials without having to open or expose our entire cargo area when at rest stops in places we’d never been to before. 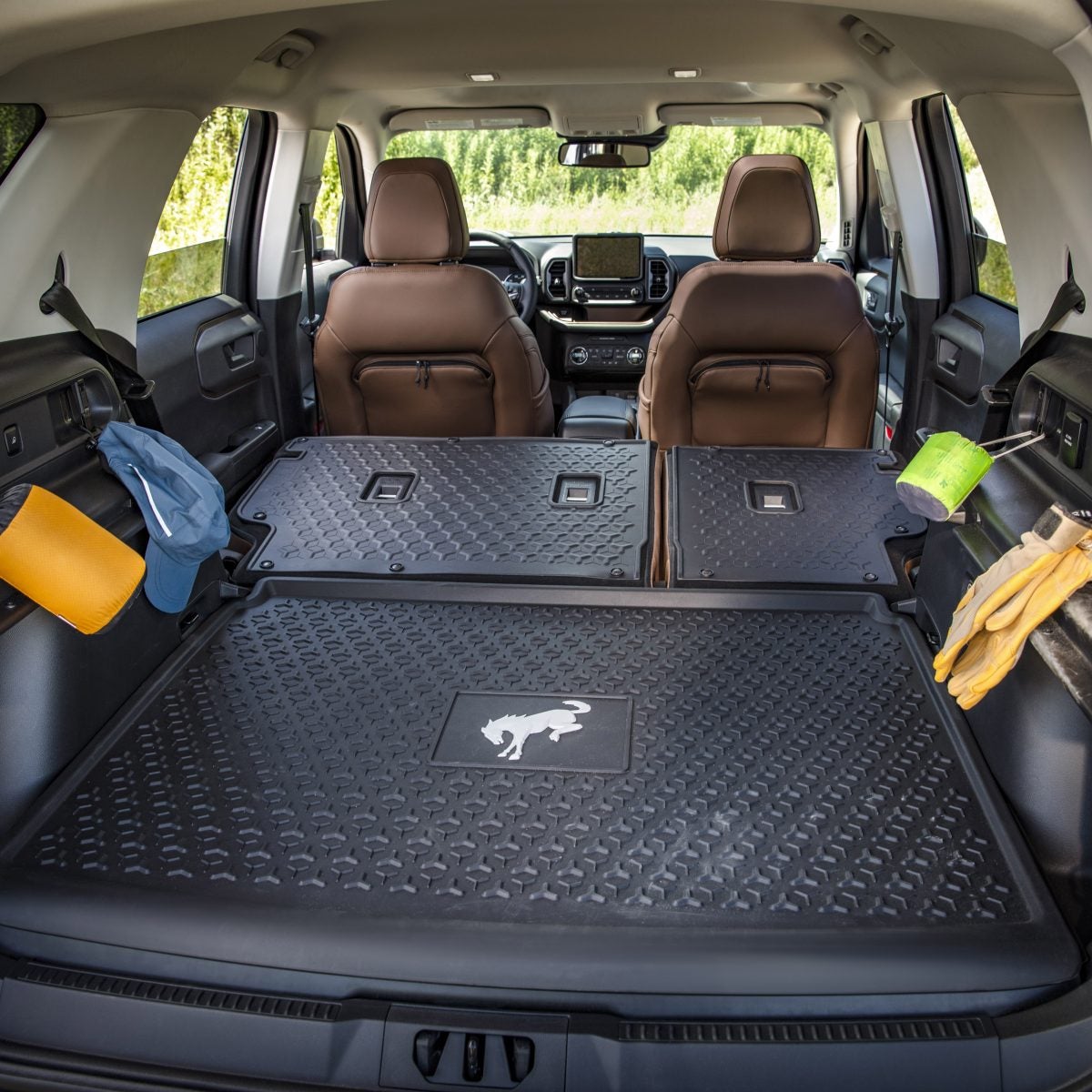 Back to the space, though. The ability to transport so many things, big and tall (like two 27.5-inch-wheel mountain bikes), is due to the fact that the Bronco Sport is tall. It’s one of the few SUVs I’ve been in as a taller person where I noticed I had a lot of space (no headwraps hitting the roof or afros being mashed down!). That was true not only for overhead space but also for leg room. My leg was never bent in an uncomfortable way for hours of driving because I was high off the ground and had great space.

In regards to being high off the ground, the ground clearance allowed for us to still feel like we were driving on a smooth plane when traveling on gravel roads. (We also traveled to the country in Virginia where there was more of that than concrete). And did I mention space already? Making use of it wherever possible, the 2021 Bronco, aside from the obvious center console and cargo area, has a cool storage bin in the second row passenger-side seat. It’s great for important items you want to keep safe, or for items that may be wet and muddy if you’re getting your outdoors(wo)man on. There’s also straps on the back of the front-row seats to latch gear onto, as well as zippered seatback pockets to put away things like iPads, reading material — whatever you need. A truly innovative use of space for those hitting the road or simply enjoying a turn-up outdoors, there’s a convenient bottle opener built into the cargo area for you to pop the trunk and make use of. 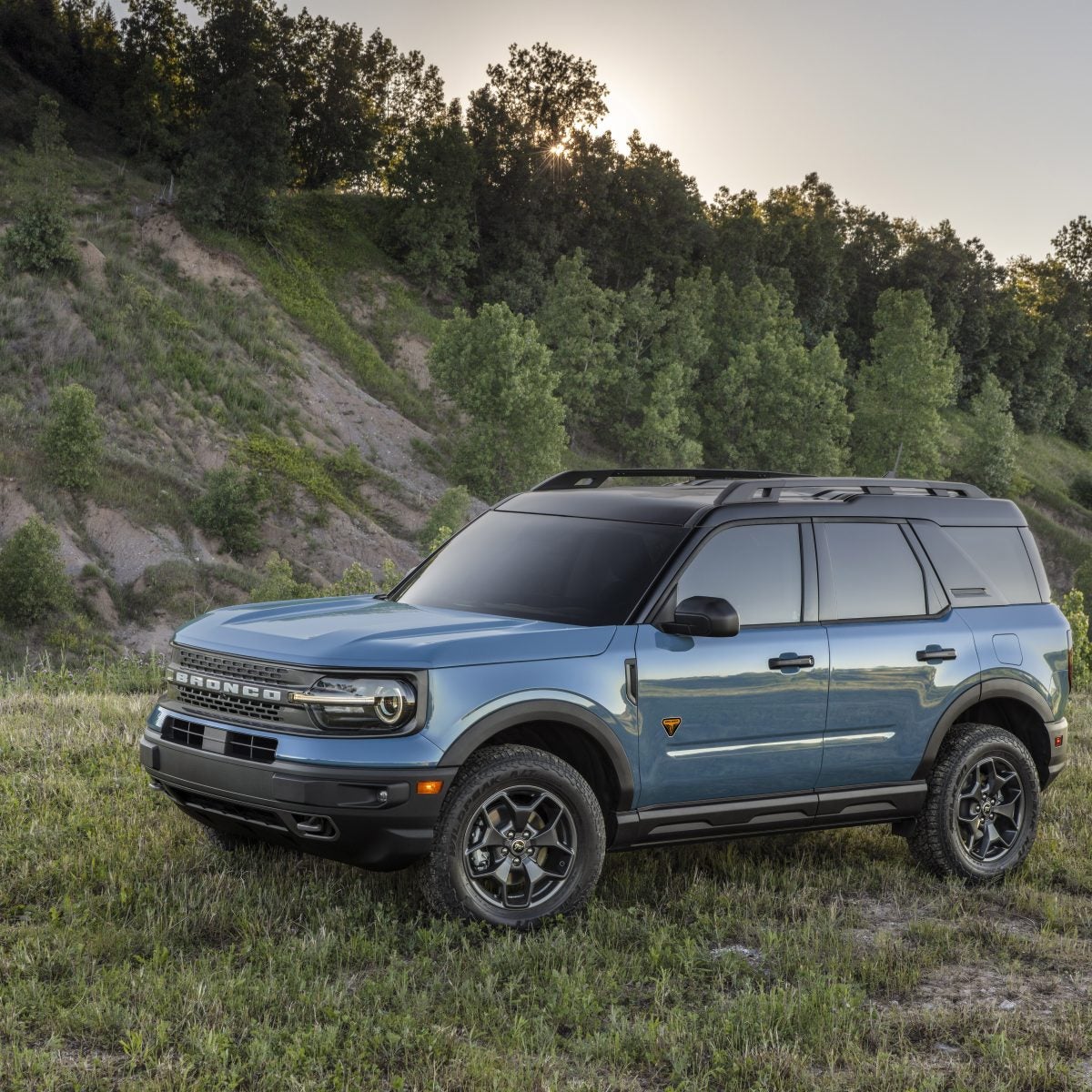 As for the actual ride, the car drives so smoothly, too. As corny as it sounds, I almost felt like I was sitting atop a horse at times when rolling around on uneven road. That, and the fact that you sit so high up in the vehicle and it revvs up before taking off after extended stops (at red lights for instance), play into that feeling.

Now, I could tell you plenty about the benefits of the roof racks, the word on its off-road capabilities thanks to the G.O.A.T. modes (Go Over Any Terrain) and the horsepower, but you may not be here for that. What I will offer is that it’s a car that lives up to the hype. It performs well, is roomy, and it’s available at a great price (the Broncos start around $27,000 — the Badlands model is around $35,000 due to the driver assistance technology and the painted aluminum wheels). Now, it’s not a vehicle you can go a long time on any adventure without having to look for a gas station in, but it is a lot fun, rides effortlessly and is filled with impressive features. Not to mention, when you hit the road, whether you choose something like the shadow black shade, pay for something glossy like the cyber orange, or have the cactus gray, which was the color of my loaner, the car is sure to catch all the eyes. The curb appeal can’t be denied.

It’s meant for roads of all kinds and to be that rugged 4×4 that stands out. But even if you’re not going on intense expeditions and just want to be equipped for a good, simple road trip, it goes the distance in providing a great ride and overall great experience, as it did for my family.