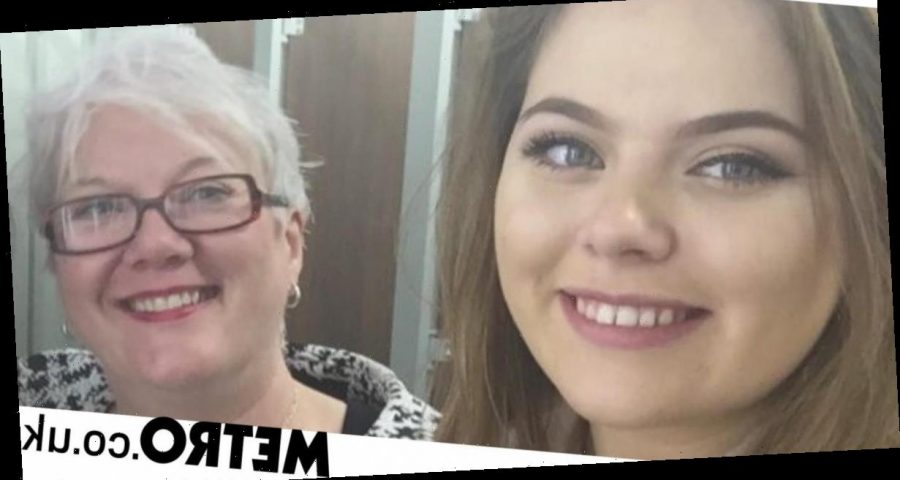 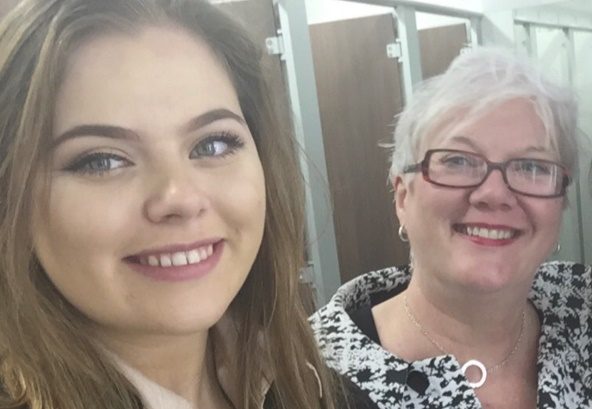 The first time you notice a grey hair at the top of your head, it might bring an internal feeling of dread at the pit of your stomach.

There might be an innate urge to pluck it out immediately and pretend as though it never happened. ‘I’m still young,’ you protest, ‘I’m not old yet!’

It is a feeling almost everyone over a certain age has experienced. Except I felt that dread at the pit of my stomach at the mere age of 20, and now at 22 my roots are growing out a distinctly salt and pepper flavour.

I always knew this would happen. My mother had grey – almost white – hair since I can remember. At nine years old, I was in the local swimming baths having a lesson in the shallow end while my mum swam lengths, and the instructor ended the lesson by pointing at her and enthusiastically saying, ‘Now go swim over to your grandma!’

I was so embarrassed that he would think my mum was my grandma, that night when we got home, I pleaded with her, begging her to dye her hair so she would look like the other mums and I’d never have to endure such a mortifying mistake again.

My mother refused, of course, for she had no interest in the upkeep of colouring her fast-growing hair. She told me, only recently as I spoke to her about the future of my hair, she had made the decision at 26 never to colour hers again after seeing her elderly aunt with pitch-black dyed hair. How unnatural that looked, when to go grey was a human inevitability, she said.

While I found myself agreeing with my mother, I couldn’t help but sympathise with her aunt; she probably only wanted to feel younger when she looked in the mirror.

Once my greys became more noticeable, I ran to the hairdressers having decided that I would go blonde, since white hair would blend in with blonde hair much easier.

I didn’t take into account however that my natural brunette hair would also emerge from my head, with white hairs sprinkled in. And on a student budget, the expensive monthly upkeep of bleaching my roots was simply unfeasible.

So instead, last March, just before the lockdown was announced, I had decided on a whim that I wanted to try being auburn and so I entered the first ‘unprecedented time’ with ginger hair. It did not take long, however, for me to spot the grey creeping back.

During the first months inside without access to salons, many women took the opportunity to begin to embrace their greys, for the awkward growing-out-stage was behind closed doors.

I, however, ran to Boots online and ordered the closest (and cheapest) root touch up kit I could find, rushing to hide any semblance of grey and ageing. I wanted to pretend this wasn’t happening to me and I was as young as any other 21-year-old.

But, lo and behold, I had inherited my mother’s fast-growing hair as well as her greys, and soon I was increasingly tired of it.

As I began seeing friends again, I’d mention my grey hairs assuming they were obvious – imagining a huge neon sign above my head pointing at me telling them I’m old. Yet I never really had much of a negative reaction.

My friends were very matter-of-fact about it: ‘Cover them up while you’re insecure about them, then let them grow when you’re not.’ In fact, one of my closest friends suggested I beat my genetics to the punch and dye it all grey now.

The open conversation about what had initially been such a huge insecurity of mine made me realise there was no point delaying the inevitable. The more I run from the grey, the scarier it will be when it catches up.

I look back now, with greys growing from my scalp, and wonder why I was so terrified that people would think my mother was old.

Furthermore, I asked why it has been engrained into my young mind that old equals bad. The answer to that, I believe, is in society and its unfair expectations on how women should look.

There are blatant hypocrisies in the way women and men are treated in all cases, but it was only once I began to worry about grey hairs that I noticed how ridiculous they were when it came to ageing.

A man with grey hair is labelled a ‘silver fox’, while a woman is ‘past her prime’ and encouraged to hide those greys before anyone notices. A woman must age slowly and ‘gracefully’, while a man can get greyer, wrinkly, and fatter without any change to how they are treated.

Is it any wonder that women feel insecure about physically maturing when we are so clearly treated as a commodity, reducing in value as we get older?

There is a palpable societal pressure on women to avoid showing any signs that they are ageing. From skincare to Botox, a requirement to look young is shoved down our throats.

The anti-ageing industry is projected to be worth between £36.7billion and £42.6billion, gaining profits daily by exploiting women’s insecurities about growing older.

Yet, with our ageing populations and stressful work lives, surely there are more people in the UK with grey hairs than without; if women stopped covering their greys one wonders whether it would become less taboo and more normalised.

Realising the internalised misogyny within the hatred of my grey hair allowed me to begin to see an end to my haphazard root cover-ups. As I told my mum about the article I was writing, she reminded me that really, we were lucky to go grey this early, since people would never think us actually old.

However, the more I think about it, who cares if I look older? With age often comes wisdom, experience, and the acceptance of our flaws. Why must we, as women, run from this?

I am not going to be 22 for the rest of my life, but it looks like I will be grey for most of it.

Besides, I’ve learnt from my mum that it doesn’t hurt when you get offered a seat on a full bus.

MORE: I don’t hate my grey hair, so why do I feel like I should dye it?