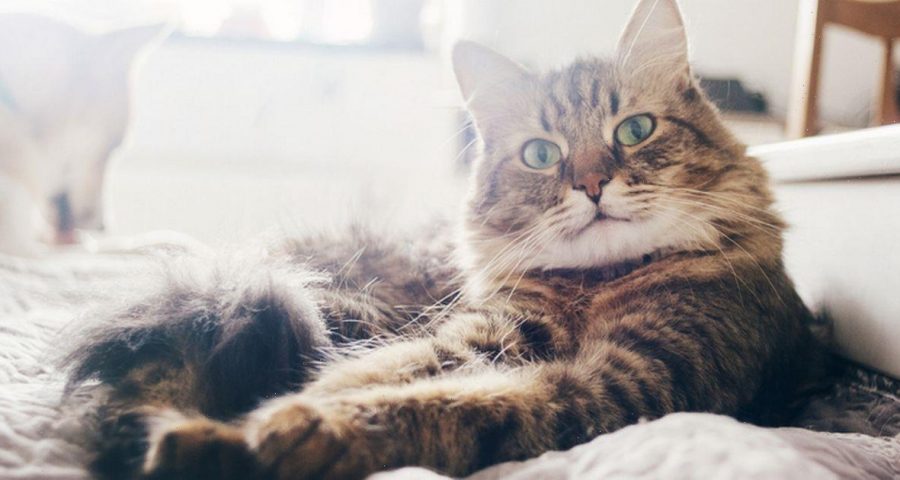 Most people would be distraught if something happened to their pet, with them usually being a big part of the family.

And it seems one woman is completely unaware that her cat is no longer the same one, as her husband admitted he swapped the moggy for another one six years ago.

The bloke confessed to exchanging his wife's cat for another on Reddit as he explained why.

He said that he and his partner were still just boyfriend and girlfriend when he agreed to cat-sit while she was away seeing her family.

However, the guy explained that the moggy was aggressive and scratched everyone – so he took matters into his own hands.

He wrote: "Six years ago, I swapped my then-girlfriend now-wife's cat with a more well-behaved lookalike.

"She had an all-black cat that was extremely aggressive. It scratched everyone, hissed at everyone, and didn't use its litter box half the time.

"My wife insisted she could get it to behave better.

"One week she went out of town to visit her family and I was supposed to go to her apartment and feed it."

After a particularly severe interaction with the cat, he joked that he would swap it over, only to realise it might be a good idea.

He said: “The first night I went over, it scratched the s*** out of my arm.

"I joked to the cat that it's not special and I'll replace it if it scratches again. The joke stuck with me until I had thought about it enough that it wasn't a joke.

"The next morning, I went to the local animal shelter. I found an identical cat who was already litterbox trained and acclimated to people, but was a little skittish.

"But overall, it was a lot friendlier and better behaved, and the skittishness would help it resemble the original cat.

"So, I adopted it, took it to my wife's apartment, settled it in, then drove her original cat to an animal shelter a town over, because I was paranoid my wife would find out if I took it to a local one."

The man admitted he has stayed silent about the exchange the whole six years he's been with his partner.

He said: "It's been six years since then. We got married four years ago. We still have the swapped cat.

"It answers to the original cat's name. My wife knows nothing. She loves this cat and brags about how much better behaved it is. Every time I see it, I feel like a total piece of s***."

Many fellow Reddit users couldn't believe the guy had kept up the lie for so long.

One said: “How do you all lie to your spouse so easily? I can’t keep anything in for more than a couple minutes without cracking. Feels so fundamentally wrong.”

While a second added: “Delete this post. Delete this account. Never tell anyone, ever. I have seen people divorce for less and I wouldn't blame her.”

A third chimed in: “As someone who’s had a cat taken previously, I would hate you if I were your wife.

"It’s been 12 years and I still get emotional about it and if I were you, I’d ensure your wife never finds out. Don’t tell friends, nothing.”

Meanwhile another couple this week had the situation reversed.

A lad hit headlines after he kicked his girlfriend out onto the 'streets' because she doesn't like his cat.