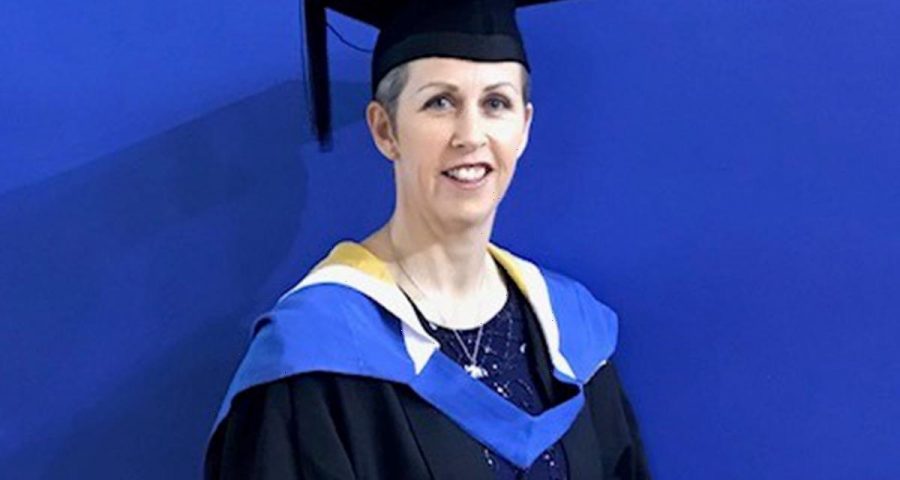 WHEN ward sister Tammy Andrews started to experience hot flushes and brain fog, she thought it was just down to her age.

The 47-year-old would walk into a room and forget what she had gone in there for and decided to go to her GP about the ongoing symptoms which includes aches and pains. 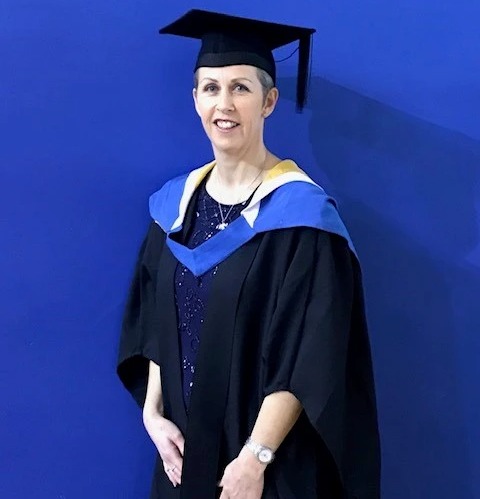 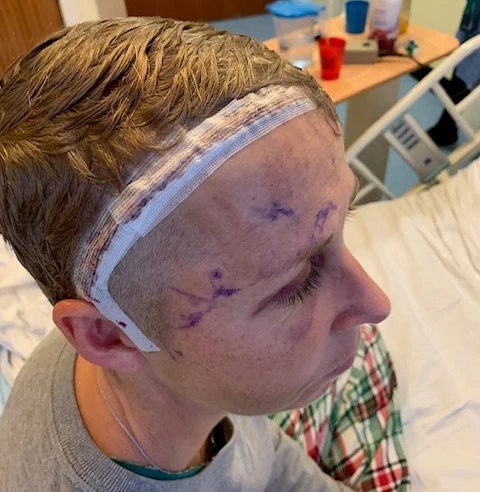 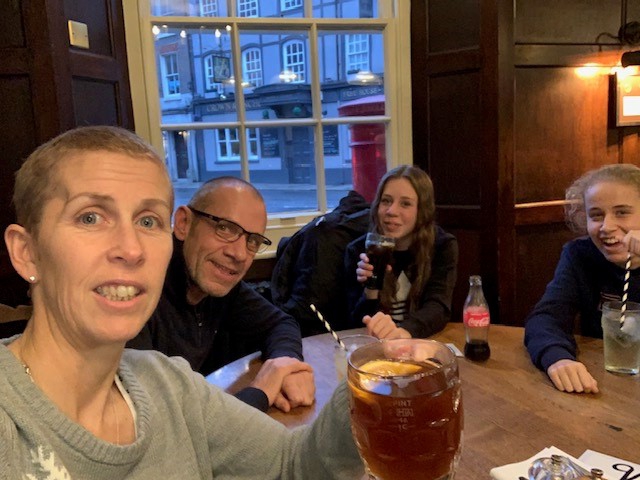 The GP told her she was peri-menopausal – which refers to the time during which your body makes the natural transition to menopause.

Tammy, who lives in Blandford, Dorset with her husband Jim, 53 and daughters Jazmine, 16 and Ashleigh, 14 said the diagnosis 'made sense'.

She explained: “Just the year before, I’d graduated from university after three years of studying to be a nurse.

“I hadn’t struggled with going back to studying. But then I started having hot flushes and I was so tired with aches and pains.

“From being an energetic person always on the go, I was dragging myself through the days. I wasn’t as sharp as I usually am and got muddle-headed.

“I went to see a GP who told me that I was peri-menopausal and vitamin D deficient and put me on a course of colecalciferol”.

Tammy was also having issues with her eyesight and believed she was spending too much time at her computer.

She went to the optician who prescribed glass but in July 2019 Tammy's eyesight deteriorated dramatically.

“Wearing my glasses, I would put one hand over my eye and couldn’t see anything out of my right eye, and I could hardly see any colours, “she said.

“I went to a hospital’s acute eye team June 2019, which put it down to age-related degeneration.

“I also felt really bunged up and the doctor gave me a nasal spray", Tammy said.

Instinct told Tammy something was wrong and she told Jim she 'didn't feel like herself'.

In September 2019 Tammy was finally referred for an MRI and was told she wasn't an urgent case.

It was then that she decided to pay for a private scan on September 25 and six days later she went to see a consultant to get the results.

As soon as Tammy walked into the room to get her results she could see a scan of her brain on the screen.

“He said, ‘you have a brain tumour –I am 99 per cent certain it isn’t cancerous.”

“But a part of me felt relief that at last I knew what was wrong with me. Someone was listening and I didn’t have to fight for answers any more.

“As a nurse I’d been in the room countless times when people were told bad news, it was different hearing it myself. I was in shock.”

The consultant gave Tammy a letter and told her to take it straight to her GP who told her she would be seen within two weeks at Southampton Hospital.

Just two days later, during her shift at Blandford Community Hospital, Tammy got a call from a neurosurgeon at Southampton.

“It was 3pm and he told me there was a bed waiting for me and I needed to come straight away,” said Tammy.

Out of the 12,000 people diagnosed with a primary brain tumour a year in the UK, over a fifth of them have meningiomas.

Meningiomas are tumours that grow in the set of three membranes just inside the skull (called the meninges) that cover and protect the brain and spinal cord.

The pioneering study – funded by The Canadian Institute for Health Research, the Canadian Cancer Society and The Brain Tumour Charity’s Quest for Cures programme – has uncovered four new sub-types of meningioma.

This new classification predicts tumour behaviour and outcomes better than existing WHO criteria.

The study, published in Nature, suggests the lymphoma drug vorinostat could in future be re-purposed to offer the first-ever drug treatment for aggressive meningiomas, with experts calling for findings to be swiftly advanced to trials.

By the current WHO criteria,  meningiomas can be classified as grades 1, 2 or 3 (there are no grade 4 meningiomas).

In a world-first study, scientists at the University Health Network in Toronto analysed the biology of meningioma from 121 patients and were able to identify four distinct molecular groups: MG1, MG2, MG3 and MG4.

The study found that patients with MG3 and MG4 meningiomas saw their disease return sooner than those with MG1 and MG2 tumours, with the worst outcomes being seen in those with MG4 tumours.

Scientists, led by Dr Farshad Nassiri and Professor Gelareh Zadeh at the University of Toronto, found that vorinostat, currently used to treat a rare type of non-Hodgkin lymphoma, could slow growth of MG4 meningiomas and improve survival in mice, which now warrants further investigation in clinical studies.

To find out more visit the Brain Tumour Charity.

“He said that my tumour had crushed the optic nerve on my right eye and was now pressing on my left eye.”

Clinging to the norm, Tammy’s mind leapt to her weekend plans.

“I blurted out, ‘but I’m going to London for the weekend – I’m going to see Mamma Mia the party at the O2 and have afternoon tea at the Corinthia  Hotel –  it’s been booked for a year!’’ she said.

Then the doctor told her she would go blind if she didn’t get to the hospital immediately. Tammy arranged for relatives to look after the girls and Jim drove her to Southampton.

The following morning, September 27th 2019, three days after diagnosis, she had a seven-hour craniotomy.

“I was wheeled down to theatre with Jim walking beside me and I asked if I didn’t make it through surgery could he wait until the girls were grown-up until he met someone else,” said Tammy.

“I just couldn’t bear the thought of another woman bringing up our daughters.”

Surgeons removed most of the grade one (non-cancerous) 20 x 15mm tuberculum sella meningioma tumour but had to leave some as it was too near to Tammy’s carotid artery.

The mum had no time to process anything in the “whirlwind” of events.

“When I was told I would need two or three months off work and wouldn’t be able to drive for a year, it dawned on me, ‘this is serious,’ “she said.

Tammy bottled up her darkest fears and said she kept my fear of dying inside because she didn’t want to frighten Jim and the girls.

“Instead of using the word ‘tumour’ to the girls, I told them I had a ‘lump’ behind my eye, which doctors were going to remove", she added.

Two weeks later Tammy was recovering at home and felt very down and was struggling to take in the impact of her diagnosis, and the likelihood that the tumour could grow back one day.

She said: "I couldn’t stop crying and kept thinking “When will it grow back?” “Will I die?”

“And I asked my sister-in-law if everyone was being nice to me because they knew I didn’t have much time left.

“Jim is my absolute rock and it has really helped talking to other people facing similar challenges in The Brain Tumour Charity’s closed Facebook group.”

On October 7 this year Tammy had decompression surgery on her left optic nerve to give enough room for swelling as she is likely to need radiotherapy in the future as her  tumour is likely to grow back.

She said it had been tough going to hospital on her own due to Covid and said that to get her through she played This Is My Fight Song by Rachel Platten.

Tammy is now sharing her story to support a landmark study, part-funded by The Brain Tumour Charity, which has revealed four new sub-types of meningioma and the first-ever potential drug treatment.

It is hoped this new classification will give doctors give a more accurate prognosis and identify patients who may benefit from having more aggressive treatment earlier , rather than being put on ‘watch and wait.’

Dr David Jenkinson, interim CEO at The Brain Tumour Charity said it is hoped that study will lead to a step change in the diagnosis and treatment of meningiomas both in the UK and globally.

“This new classification of four molecular groups of meningiomas could now enable patients to be given a more accurate prediction of how their tumour may behave and help identify those in need of more aggressive treatment sooner, rather than taking a ‘watch and wait’ approach.

“It’s really promising that an existing lymphoma drug has been found to target the biological drivers of the most aggressive meningiomas and could represent the first-ever drug treatment for the disease.

“We hope this can be swiftly advanced to clinical trials to fully assess its potential to be repurposed as a meningioma treatment and to understand whether it could help extend or improve patients’ lives."

“Anyone living with a meningioma can get in touch for support and information on 0808 800 0004 or by emailing [email protected] If you need someone to talk to, we’re here for you.”

“This is a transformation in our understanding of meningiomas. Our findings give us the first real look at more tailored treatment options to add to surgery and radiotherapy.

“We also discovered that the most aggressive group of meningiomas could be targeted using a drug that is already FDA-approved for other cancers. The better understanding of the biology of the disease has now allowed us to discover the option of a medical treatment that could change the landscape for our patients.” 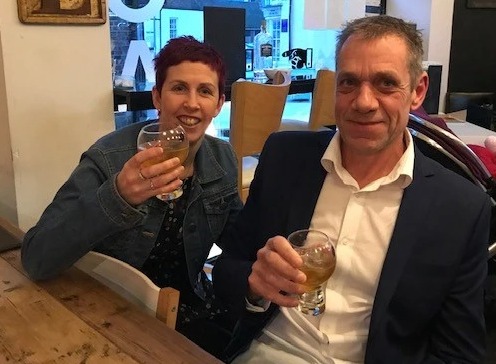