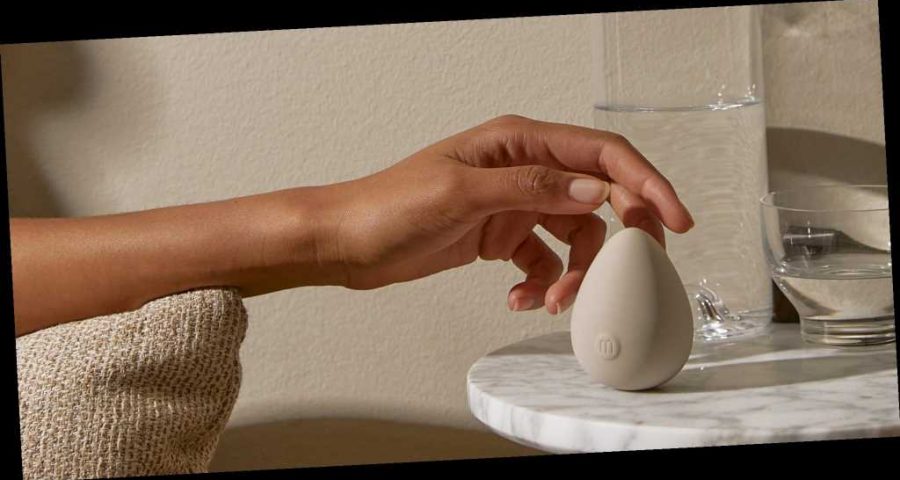 You've probably heard the somewhat pretentious saying that the human body is a work of art — likely from an overly competitive friend after a cycling class or a green-smoothie obsessed Whole Foods shopper in aisle three. As much as that cliche makes me cringe, I agree. And so when it comes to sex toys, I treat my body like the Picasso painting it is, and look for vibrators that are just as beautifully crafted. But then I turned it on.

There are a bunch of sex toys out there with dozens of power settings and vibration modes, and while that's appealing on paper, in reality they never really feel all that different. A lot of times, the lowest settings hardly feel like they're vibrating at all. The Drop has three modes and let me tell you, they are not to be underestimated.

When I pressed the power button for the first time, I was shocked by how strong the first setting was. The sensation runs throughout the entire vibrator, rather than just the tip, for a full-fledged experience that can arouse any part of your body. This design makes it so that, if you're like me, when you reach the third and most powerful point, your body is ready to climax in seconds. The fact that a toy that costs under $50 could have this kind of power was equally shocking and energizing. After all, an accessible price for such a high-quality toy means more people can get the satisfaction they deserve.

It took some time to figure out where to position the egg during solo use, but I found that positioning the thicker end of the egg on my clitoris with the tip near my vagina made for the most pleasurable, mouth ajar, eyes bulging, kind of moments we all love. Since the Drop is a genderless toy, it was no surprise that using it for the first time with a male partner was seamless and natural. It's small enough so that it won't get in the way of penetration — even with their body on top of mine, I could comfortably use the egg however I wanted. Plus, the all-around vibrations allowed for both of us to feel stimulated at the same time, a rare fete for sex toys even when they're specifically designed for two. This two-for-one pleasure truly elevates moments in the bedroom and beyond.

I'm also convinced that this is one of the softest vibrators ever created. It's made with platinum-grade silicone that remains silky smooth and super soft, even after cleaning. This kind of material also pairs easily with lubricants of all types. Other features of note include a travel-lock button, travel cases, and a USB charging port (a game-changer for anybody who is used to running to the store for AAA batteries to bring their dead devices back to life).

No matter which work of art you're enjoying — a Monet, Van Goh or a Maude — it's all about giving yourself the most beautiful, satisfying, multi-sensory experience possible.  Shop the sex toy that deserves to be hung in your gallery below: