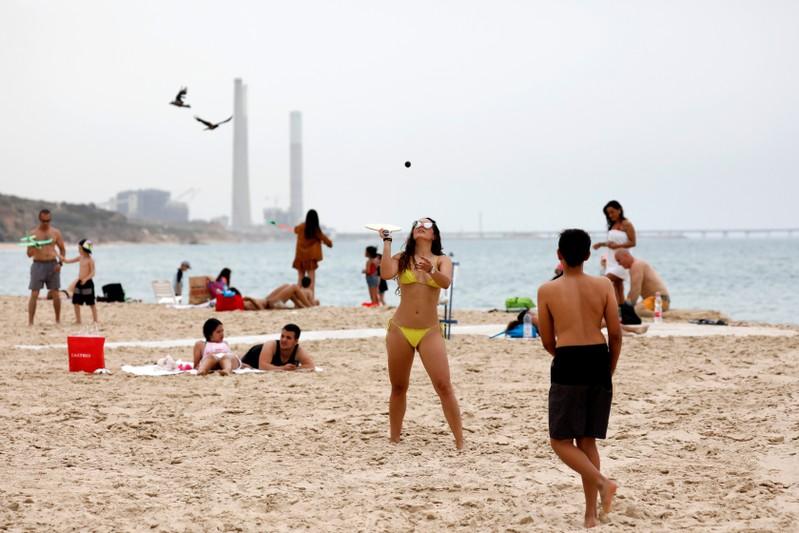 TEL AVIV (Reuters) – As Israelis mark their independence day, the “ting-dong” sound of paddle ball being played on beaches is as much a part of the celebratory noise as the crackle of fireworks.

Israelis consider the game, called “matkot” from the Hebrew word for paddle, as their unofficial national sport.

On a Tel Aviv beach, part of a hotel-lined waterfront popular with tourists and residents, numerous matkot games were underway on Wednesday ahead of the official start of the independence day celebrations at nightfall.

The shop is named Ting-Dong after the sound made as two players hit a small rubber ball from one to the other.

“In all the beaches you will hear the sound of the matkot – and if you are not careful you can also get hit by a ball,” said Dagan, whose father started the business in the 1970s.

He said its popularity on Israeli beaches, where bathers often have to navigate around the players to approach the water, was testament to Israeli “chutzpah”, or nerve, in a region still locked in conflict.