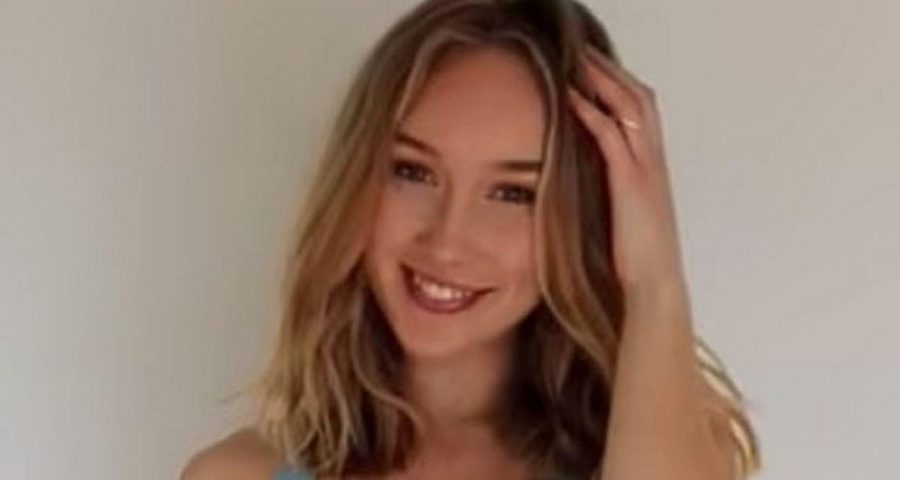 A TikTok user has exposed the photo trickery behind glamorous Instagram photographs – saying influencers "don't look like that 24/7",

She says the photos people compare themselves to online are all a matter of striking the right pose and sticking to flattering angles.

Josephine Livin, from Copenhagen, Denmark, is an influencer herself – with an impressive 46,800 followers on her social media account.

However, her mission is to prove 'that social media is fake'.

In her 'Instagram vs Reality' videos, Josephine shows how different you can look by manipulating lighting and poses.

This included a snap of her ab-free stomach after modelling a bikini, with a seemingly toned midriff seen just moments earlier.

She also posted a TikTok titled 'The people you compare yourself to online don’t look like that 24/7'.

The influencer shared 'before' shots of her body looking tensed and posed, before comparing them to 'after' shots where she relaxed.

The clip, which has gone viral after racking up more than 200,000 views, sees Josephine in a host of sports clothes and bikinis showing that the body can significantly change depending on lighting and posture.

One example sees her sitting in an upright position on the edge of a pool – as her figure takes on an hourglass shape.

In the next moment, she shows how everyone actually looks when they're enjoying themselves on holiday by slumping down shoulders down and relaxing her muscles.

She strikes a pose with her arm positioned across her stomach and body slightly tilted towards the wall to achieve a 'slimmed' effect.

In the next photo, she shows that despite clearly being a fan of exercise, her stomach still appears rounded while not sucking it in.

Josephine followed up her video with some encouraging words of advice in her comment section.

She wrote: "A reminder that we can all pose and tense and find the right angle, the right light and look amazing in a new outfit and wear the prettiest makeup.

"But at the end of the day we're all human beings and nothing is as perfect as it can sometimes seem on social media. You're beautiful. You're enough."

People were loving the clips, as one exclaimed: "Thank you so much for this. Being compared at or comparing to every 'perfect girl' seriously hurts my mental health and this just made my day."

While another said: "I love that you use yourself and show everyone that the internet isn't real. You're definitely doing amazing work and look amazing no matter what."

A third chimed in: "Thank you, this makes me feel so much better about my body."

Her posts come after another woman posted a candid bikini snap as she accused other influencers of 'brainwashing' fans with fakery.

Karina Irby took to Instagram to say she was "tired" of her fellow influencers posting "perfect" snaps that she claims brainwashes themselves and their followers.