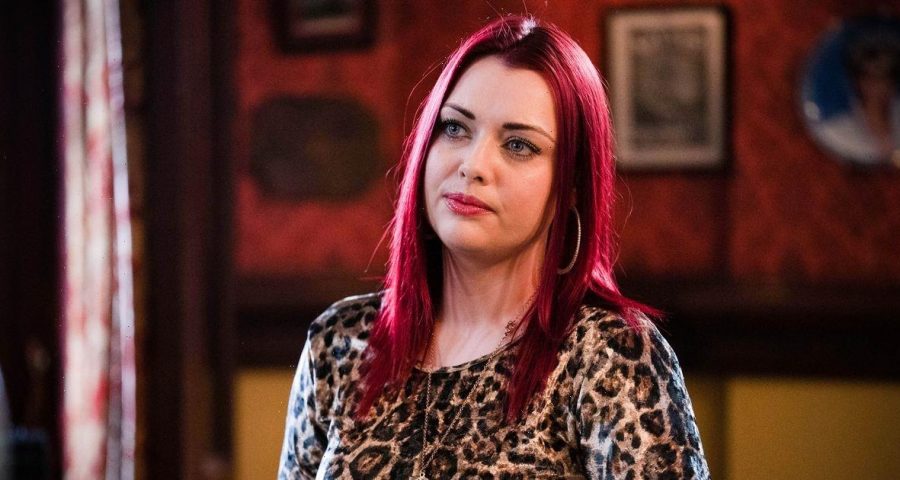 Shona McGarty, 29, joined the London-based soap EastEnders in 2008 coming to play the role of Whitney Dean.

Not only has her character gone through some rough times, she has also faced some challenges in her real life.

Shona faced being suspended from the soap in 2012 after being warned she would have to leave if she didn't improve her time keeping skills.

Due to turning up late to set on multiple occasions Shona was given a month unpaid suspension from the job.

The star was also fined £3,000 to cover the crew’s overtime costs when scenes ran over due to her repeated lateness.

However, Shona learned her lesson after going through this.

The Mirror reported that she said: "I realise how lucky I am,” she said following the suspension.

“I’m just going to stay in now. I’m ­going to try and be good. It’s like a big family on EastEnders.”

She said that she would be cutting down on nights out to fix the issue.

She also said that she would be buying an 'old-fashioned' alarm clock to help her out.

Despite facing difficult times she has also been praised for her acting skills as she won the Best Newcomer award at the British soap awards in 2009, for her role in the storyline which saw her character suffer sexual abuse by Bianca’s fiancé, Tony King.

Last year the star told her fans that she had split from partner, electrician Ryan Harris.

She told the Daily Star that the pair grew apart and were not meant to be.

This is despite them getting engaged in 2018 after being together for five years and meeting through friends in 2013.

She said: "Nothing bad happened, it was all very amicable. We were together for a long time, but it just wasn't meant to be."

Although the couple had split she also revealed that she wasn't ready to move on.

She said: "I'm not ready to date anyone else at the moment and I think it's really important to have some time by yourself.

"As I've got older it's refreshing because I no longer care what people think of me any more. I'm definitely older and wiser."

More recently Shona has been praised for her angelic voice as she featured on the soap singing during a charity gig at the Queen Vic pub.

She's also shown off her singing skills previously having performed on Children in Need.