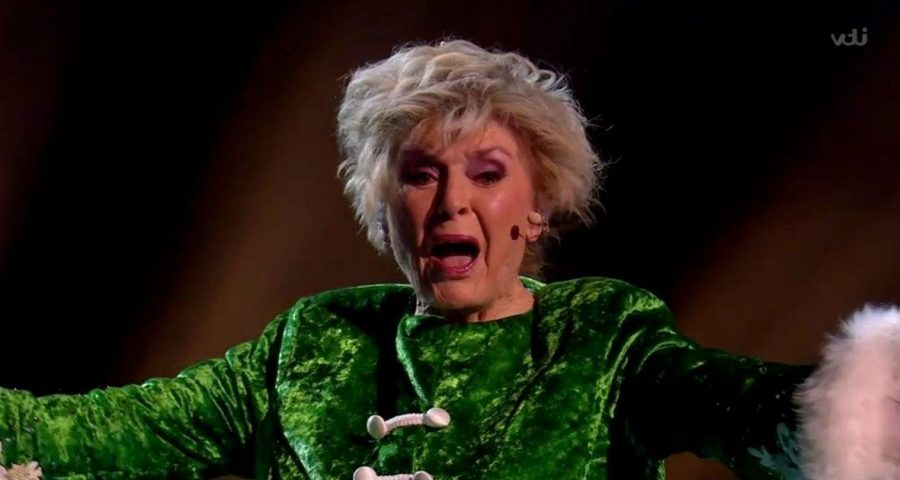 Only judge Jonathan Ross, 61, correctly guessed that Snow Leopard was Gloria and viewers at home had also rumbled the identity after several cryptic clues.

After being unveiled, the presenter revealed that she started singing at just seven-years-old and that she hadn't performed on a stage in 27 years.

The 81 year old star also revealed that her clue "just like cats, I'm not a fan of water" was a nod at the fact that she can't swim and that her "alter ego" was her Loose Women nickname during the pandemic, which was "Glo Rida".

Gloria Hunniford has appeared on TV since the 1970s fast becoming a familiar face as a reporter and presenter.

She can currently be seen presenting on consumer show Rip Off Britain and as a panellist on Loose Women.

While working at Ulster television where she started as a production assistant, Gloria met her husband, cameraman Don Keating who she married in 1970.

The couple were married until 1992 and had three children, two sons and a daughter.

She remarried in 1998 and is currently happily settled with hairdresser Stephen Way.

Gloria's daughter Caron died of breast cancer in 2004, a tragedy that she says is ‘impossible’ to recover from.

Speaking previously to the Guardian, the TV star has said: “I'll never get over losing Caron. It's impossible to get over the death of your child because it leaves such a big hole.

“After she died, I received thousands of letters from well-wishers – I stopped counting at 8,000. One woman, who'd also lost a child, wrote, "I'd like to say it will get better, but it won't. But eventually you'll learn to live around it and through it." She was right. You live around the big black hole and learn to cope.”

She founded the Caron Keating Foundation in her daughter’s memory.

Gloria is a proud grandmother to four grandchildren who she has said are the main priority of her life.

The TV star was a Strictly Come Dancing Contestant in 2005 and in the 2017 Queen's birthday honours, Gloria was awarded an OBE.

Gloria's unmasking comes after Heather Small was unveiled as Chandelier on the first episode of series three on Saturday 1 January.

Elsewhere, The Masked Singer UK fans think they have worked out Mushroom's identity as This Way Up star Aisling Bea.

The hit ITV competition sees celebrities conceal their identities under a dramatic costume and give cryptic clues about their lives before singing on stage.

Viewers and the judges – Davina McCall, Rita Ora, Jonathan Ross and Mo Gilligan – have to guess who is underneath the mask with one character asked to unveil their identity each week.

And during Sunday's second episode of series three, Snow Leopard went against Poodle where they lost out and at the end of the show had to be unmasked, with Gloria, 81, being revealed.