The Duke and Duchess of Sussex welcomed their first child, a son, on Monday.

“We are pleased to announce that Their Royal Highnesses The Duke and Duchess of Sussex welcomed their firstborn child in the early morning on May 6th, 2019,” the Palace stated via the couple’s Instagram account. “Their Royal Highnesses’ son weighs 7lbs. 3oz. The Duchess and baby are both healthy and well, and the couple thank members of the public for their shared excitement and support during this very special time in their lives. More details will be shared in the forthcoming days.”

The Palace revealed Harry was present for the birth and that other members of the royal family have been notified of the happy news.

“The Queen, The Duke of Edinburgh, The Prince of Wales, The Duchess of Cornwall, The Duke and Duchess of Cambridge, Lady Jane Fellowes, Lady Sarah McCorquodale and Earl Spencer have been informed and are delighted with the news,” the Palace stated. “The Duchess’s mother, Doria Ragland, who is overjoyed by the arrival of her first grandchild, is with Their Royal Highnesses at Frogmore Cottage. Her Royal Highness and the baby are both doing well.”

Of course, the proud papa was over the moon.

“I’m very excited to announce that Meghan and myself had a baby boy this morning, a very healthy baby boy,” he said. “Mother and baby are doing incredibly well. It’s been the most amazing experience I can ever possibly imagine. How any woman does what they do is beyond comprehension but we’re both absolutely thrilled and so grateful for all the love and support from everybody out there. It’s been amazing so we just wanted to share this with everybody.”

The announcement came shortly after the Palace revealed Meghan had gone into labor. Many suspected Meghan had been overdue. Royal admirers also had a feeling the baby’s arrival was near after the Duke of Sussex postponed his scheduled trip to Amsterdam. However, the royals have primarily kept their plans surrounding the birth in secret.

“The Duke and Duchess of Sussex are very grateful for the goodwill they have received from people throughout the United Kingdom and around the world as they prepare to welcome their baby,” the Palace stated at the time. “Their Royal Highnesses have taken a personal decision to keep the plans around the arrival of their baby private. The Duke and Duchess look forward to sharing the exciting news with everyone once they have had an opportunity to celebrate privately as a new family.”

Life as a royal certainly comes with its fair share of perks, and the proud parents’ bundle of joy can look forward to quite a few. Here are just some of the little luxuries the royal baby can expect.

We are pleased to announce that Their Royal Highnesses The Duke and Duchess of Sussex welcomed their firstborn child in the early morning on May 6th, 2019. Their Royal Highnesses’ son weighs 7lbs. 3oz. The Duchess and baby are both healthy and well, and the couple thank members of the public for their shared excitement and support during this very special time in their lives. More details will be shared in the forthcoming days.

We are pleased to announce that Their Royal Highnesses The Duke and Duchess of Sussex welcomed their firstborn child in the early morning on May 6th, 2019. Their Royal Highnesses’ son weighs 7lbs. 3oz. The Duchess and baby are both healthy and well, and the couple thank members of the public for their shared excitement and support during this very special time in their lives. More details will be shared in the forthcoming days.

It’s no secret Meghan is a fashionista. Royal admirers watched her serve up some serious style throughout her entire pregnancy. So, it would come as no surprise if the child inherited Meghan’s sense of style. The new mom also has a fashion-forward inner circle, which includes stylist Jessica Mulroney and the ever-chic Amal Clooney. Odds are, at least a few of her BFFs will want to buy the baby a cute outfit or two.

Of course, there’s always the option to borrow a few hand-me-downs from cousins Prince George, Princess Charlotte and Prince Louis. Prince William and Kate Middleton‘s children have shared a number of sweet items throughout the years—from darling cardigans to time-honored christening gowns.

Before the baby’s birth, Harry and Meghan moved out of their Kensington Palace home in London and relocated to Frogmore Cottage in Windsor. The couple has reportedly done extensive renovations on the home—with some outlets totaling the costs at £3 million. They also reportedly hired interior designer Vicky Charles to turn the house into the perfect family home. Considering Frogmore Cottage is located outside the hustle and bustle of London, the family of three will likely have more privacy and outdoor space. They’ll also be close to one of Queen Elizabeth II private residences, Windsor Castle, for family get-togethers.

As for the baby’s room, sources tell Vanity Fair the dynamic duo has opted for an eco-friendly, gender neutral nursery. 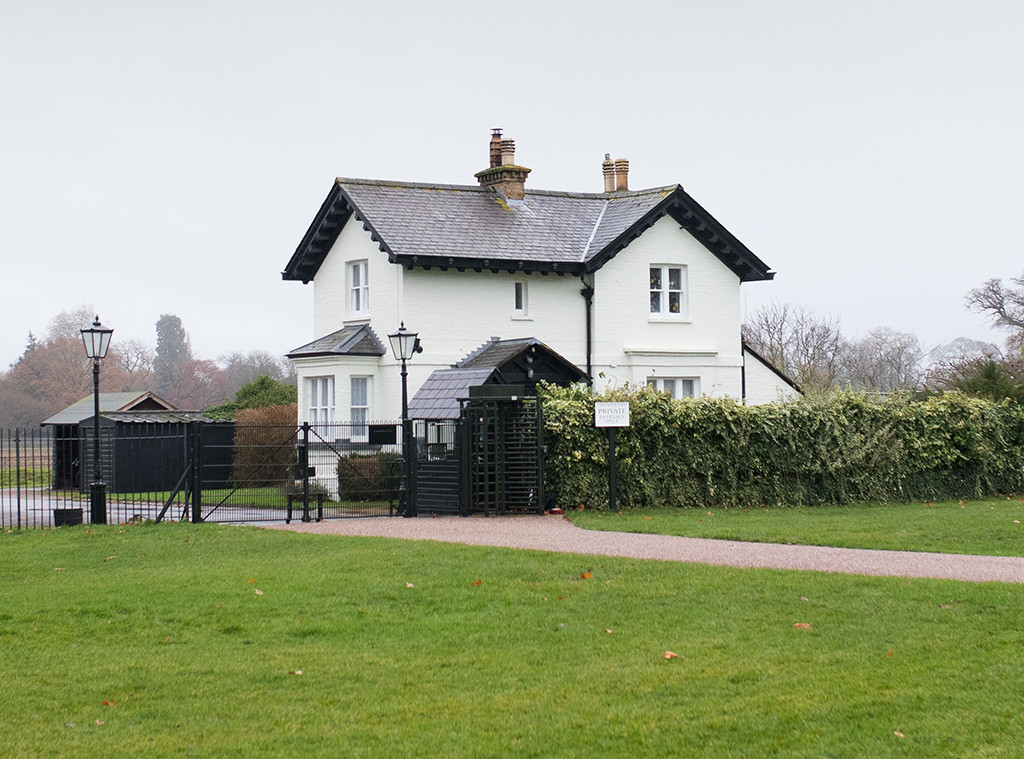 Harry and Meghan love to travel. They even kicked off their relationship with a trip to Botswana after a few initial dates. So, it would come as no surprise if they wanted to pass their love of adventure on to their offspring. If they’re anything like William and Kate, they’ll begin these trips soon. George was just 8-months old when he made his first official royal tour.

Education is very important to the couple. Not only have they emphasized its importance in a number of speeches, but they’ve also supported several related initiatives through their patronages and charity work. So, they’ll likely make their child’s education a top priority.

In fact, some reports suggest they’ve already started looking at schools. The duke and duchess have reportedly considered sending their first-born to the private, co-ed ACS Egham International School, which offers an American curriculum.

The proud parents “are thought to want a more diverse education for their child,” a source told E! News, adding that “Meghan is also keen for her child to be fully aware of his or her American heritage.” 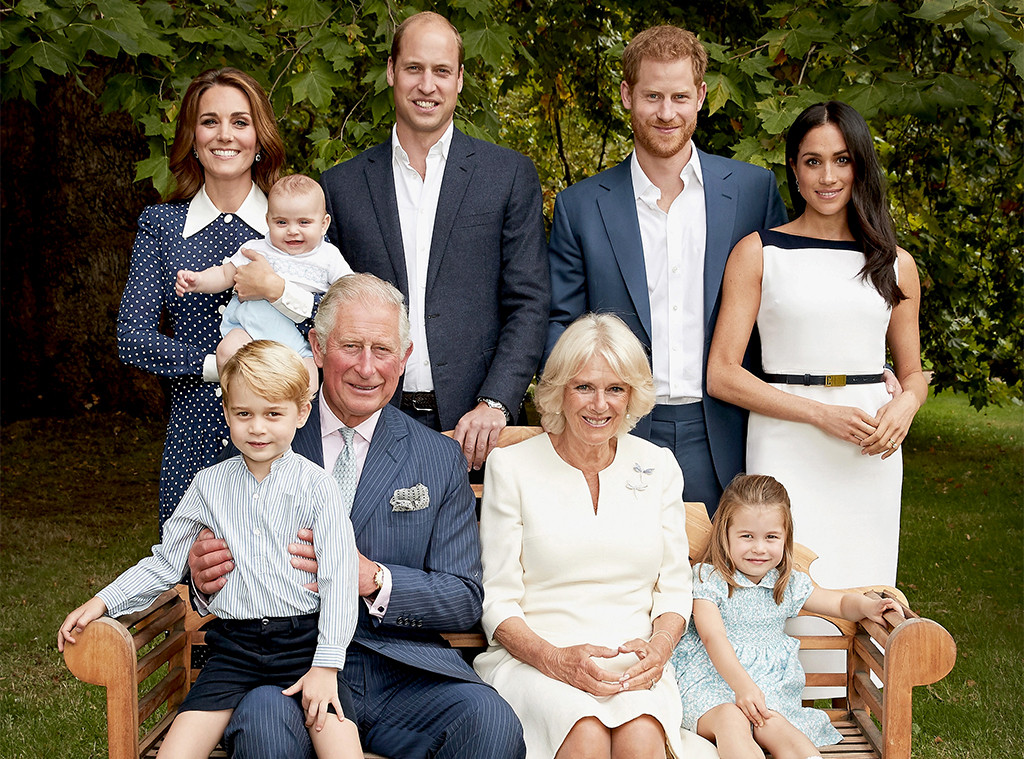 Not everyone has a queen as their great-grandmother. However, Harry and Meghan’s child has lots of royal relatives. From the Duke and Duchess of Cambridge to the baby’s three cousins, the little one will certainly feel the love. Of course, the child will also likely meet several of Harry and Meghan’s famous friends, like Serena Williams.

While Vanity Fair claims the parents will rely on Meghan’s mother for support, as well as a rumored nanny, these figures won’t be the only ones helping out the family of three. On the contrary, the proud parents are establishing a new royal household and will have a full team. Even though Meghan and Harry have experienced a few staff shakeups over the past year, it looks like they’ve already started making new hires. They’ve hired Sara Latham, who was an advisor on Hillary Clinton‘s 2016 presidential campaign, to head their communications. Hopefully, this team will help keep the new parents organized so they can spend more time enjoying their little one.

While it would be tradition for Harry and Meghan’s first child to take on the title of Earl, the Queen may have something special in store. Her Majesty can choose to give the child the title of prince, which is exactly what she did for William and Kate’s children. The child will also be seventh in line to the throne.