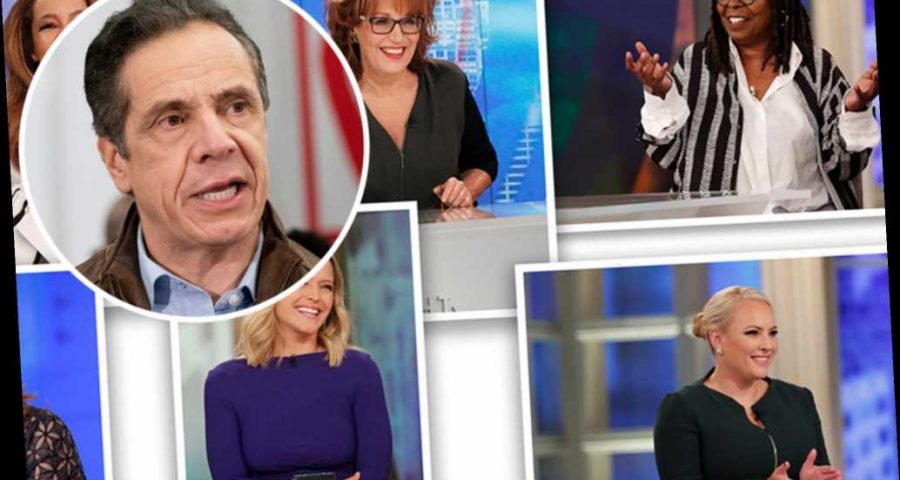 Cindy Adams on Jennifer Lopez and Alex Rodriguez: I told you so

“The View” is being accused of being too chummy with Governor Andrew Cuomo after not booking Meghan McCain’s Fox News meteorologist pal Janice Dean to discuss the governor’s nursing home scandal.

“‘The View’ was slow to cover Cuomo. They’re notoriously slow when it comes to any scandal involving Democrats. It’s hard to get it on-air. Cuomo is a New York guy. It’s a New York show, and he has a lot of friends. Whoopi hosted a fundraiser for him,” one insider told Page Six.

Dean has been sounding the alarm about Governor Cuomo’s nursing home scandal for several months and claims the team at “The View” won’t book her because of it.

“My publicist asked [‘The View’] several times if I could come on (to promote my book) but also as someone that could talk about [Gov. Cuomo] and what I’ve been doing for 10 months to raise awareness and accountability for my husband’s parents’ deaths. Guess what they said?” she tweeted on Tuesday.

Raising awareness about Gov. Cuomo’s handling of nursing homes during the pandemic has been a mission of Dean’s since her husband’s parents died of COVID-19 in a nursing home last year.

She hoped to promote her new book, “Make Your Own Sunshine” on “The View,” but sources told us the show won’t book her, even though Dean is friends with co-host Meghan McCain.

Dean mentioned McCain in her tweets, saying “The View” co-host had “been trying to shout for months about Cuomo, but when you have all the other women drowning her out and saying NO to her good friend … it’s kinda telling where their loyalties are.”

Another insider told us McCain doesn’t book the guests and said, “I don’t know if Meghan has been shouting for months. She only just came back from maternity leave in January,” while adding they’ve been covering Cuomo for months and are “trying to book several of his accusers to appear on the show.”

“Janice gave us credit for [covering Cuomo] in mid-February. There are a lot of different reasons … from the timing — to holding a spot for somebody that’s in the works.

“There’s every possible reason. Gov. Cuomo has nothing to do with the decision to not book her,” the second insider said.