Australians’ real wages are forecast to go backwards next year before a slight rise in 2024 despite the Albanese government’s election pledge to restart wages growth.

Treasurer Jim Chalmers conceded in his budget speech that real wages are lower today than a decade ago but vowed to lift them with a politically contentious industrial relations overhaul that hands more power to unions and is expected to be introduced to federal parliament this week. 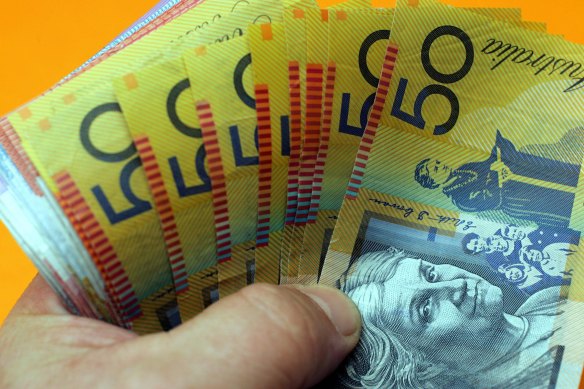 “It will take time to turn this around, but Australians now know this: deliberately keeping wages low is no longer federal government policy,” Chalmers said, pointing to the recent government-supported jump in the national minimum wage.

The overall wages picture is poor. Inflation outpaced wages by 3.5 percentage points last financial year and the budget papers predict Australians will see their real earnings slip another 2 percentage points this year as inflation reaches 5.75 per cent while wages grow 3.75 per cent.

The year after, real wages are forecast to be essentially flat, predicted to rise only 0.25 per cent in real terms. In 2024-25 and 2025-26, the budget papers forecast real wages will go up by about 1 percentage point.

“The combination of high inflation and modest wage growth to date has seen real wages fall sharply, by around 3.5 per cent over 2021-22,” the budget papers read. “This followed a prolonged period of stagnant real wage growth.”

Employers have vowed to campaign against planned workplace laws because of fears they will produce more strikes and higher costs.

Treasury expects inflation to ease over the next two years, resulting in a “modest” rise in real wages by the end of 2023-24 with the caveat of unpredictable inflation.

Australia’s low unemployment rate, which is propping up nominal wage growth, is also set to rise from its base of 3.8 per cent last financial year. It is forecast to rise slightly and hover at about 4 per cent until 2026. Before the pandemic, Australia’s unemployment rate was about 5 per cent.

The budget cautions that unstable global economic factors such as further inflation shocks or slowdowns in overseas demand could push up the unemployment rate faster than expected.

Chalmers said skills, training and childcare spending in the budget will boost workers’ pay by creating a “stronger and more resilient economy”.

Just before the Job Summit in September, state and federal governments reached a one-year $1.1 billion deal to create 180,000 free TAFE positions. The Albanese government is promising to work with the states and territories to generate a further 300,000 places from 2024 to train workers for higher-skilled and more lucrative roles.

It is also putting $13 million towards a new tripartite body, called Jobs and Skills Australia, to give advice on workforce strategy.

But Labor’s wages hopes rely on a package of industrial reforms, expected to be tabled in parliament by Thursday, that the government argues will help workers win more secure jobs and negotiate better pay deals, especially in lower paid industries dominated by women.

If passed, the new laws will enable industry-wide bargaining, limit the use of short-term contracts, allow quicker approval of pay deals and permit the industrial umpire to arbitrate more disputes.

Employers have vowed to mount a campaign against the planned workplace laws because of fears the industry-wide bargaining will produce more strikes and higher costs.

There is a suite of spending in the budget that goes to union priorities, though some will also aid employer organisations.

Union and employer representatives will benefit from $9 million over three years for a “Productivity, Education and Training Fund”. The Fair Work Commission, which deals with industrial disputes and approves pay deals, will get $8 million to encourage small businesses to strike wage deals with their workers.

And the Fair Work Ombudsman will receive a funding boost to replace the work of the Coalition’s union watchdog – the Australian Building and Construction Commission – which is slated for abolition. That move will save about $60 million over the next four years, although building industry groups have argued that the move will raise costs on building sites by empowering construction unions.

Labor’s plan to abolish the commission, which has been established twice by Coalition governments and abolished once before by Labor, is not guaranteed to pass parliament because key crossbenchers hold concerns. However, the move to strip it of funds in this budget will make it all but impossible for the organisation to function.