A federal budget without a cash handout was always going to be a tough sell for Jim Chalmers when all he could promise voters was a fight with an inflation dragon.

So there should be no surprise that only 28 per cent of voters regard the treasurer’s first budget as good for themselves and their households in the latest Resolve Political Monitor. 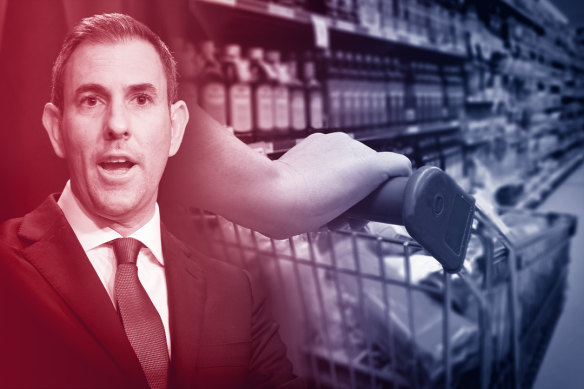 A federal budget without a cash handout was always going to be a tough sell for Jim Chalmers.Credit:

That is down from 40 per cent who said the same in March when the last treasurer, Josh Frydenberg, unveiled a budget with $8.6 billion in tax offsets, cash payments and cuts to fuel excise.

The response to this budget is gloomy and grim. The findings capture the shift in the national mood when the outlook is all about slower growth, higher inflation, lower real wages and deficits that never end.

The purpose of this budget was to lay out those problems and nudge the community into accepting the real constraints on government spending. Chalmers warns that cash handouts will only add to inflation. He makes it clear he will have to find more spending cuts – an unwelcome message not only for voters but his own federal cabinet colleagues.

That is why the budget outlines the problems without offering the solutions. Nervous about a backlash in the community and in parliament, where change needs crossbench support, Chalmers takes a gentle first step toward spending cuts and tax increases.

That makes this budget a conversation starter rather than a barbecue stopper. As the first Labor budget in nine years, it avoids the “shock and awe” of the Coalition’s first budget after the 2013 election when then-prime minister Tony Abbott cut too hard too fast.

Those who want Labor to go harder need to remember the May 2014 budget was a proven failure in political terms, whatever the argument on policy. Abbott was gone within 16 months. The lesson is to exercise extreme caution.

Will voters see this budget as tough love? Not so far. Only 44 per cent believe the budget is good for the country as a whole. The result was 50 per cent in March when the same question was put to a similar group of eligible voters who formed a representative sample of the community by age, income, location and more.

This month’s Resolve Political Monitor contains an unmistakable warning about election promises. A narrow majority says it is too early to tell whether Labor has kept its promises to “get wages moving” and “cut your power bills” but one-third think the promises have already been broken. Strong action on power bills and wages might turn this around by the time of the next election.

Could Labor risk an argument about breaking a third election promise? The response to the budget shows there are good reasons to honour the pledge to keep the “stage three” tax cuts and leave the argument about any changes to the next election and the next term of parliament.

And how do voters rate Chalmers as treasurer? While 43 per cent say he is doing a good job, 36 per cent are undecided. Only 25 per cent were undecided about Frydenberg in March and 53 per cent said his performance was good.

On this count, as with so many others, Chalmers has only just begun the conversation.