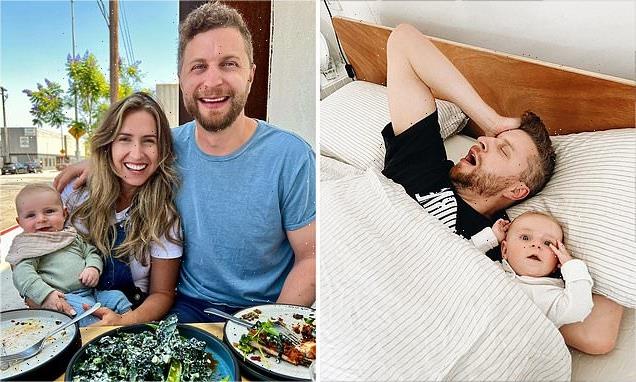 Young dad reveals his battle with post-natal depression that left him uncontrollably crying on the floor every night: ‘I felt guilt and shame… I couldn’t feel love for him’

A young dad has opened up about his debilitating struggle with post-natal depression that left him ‘crying uncontrollably’ on the floor every night.

Australian radio producer Jack shared his story with his co-host Christian O’Connell on his daily radio show for RUOK Day sharing the ‘shame and guilt’ he felt after he and his wife Bianca welcomed their son Gordon six months ago.

The 34-year-old said he was ’embarrassed’ about being a dad with post-natal depression but has improved his mental state in just a few short months after being open and honest about his feelings with himself and family and friends. 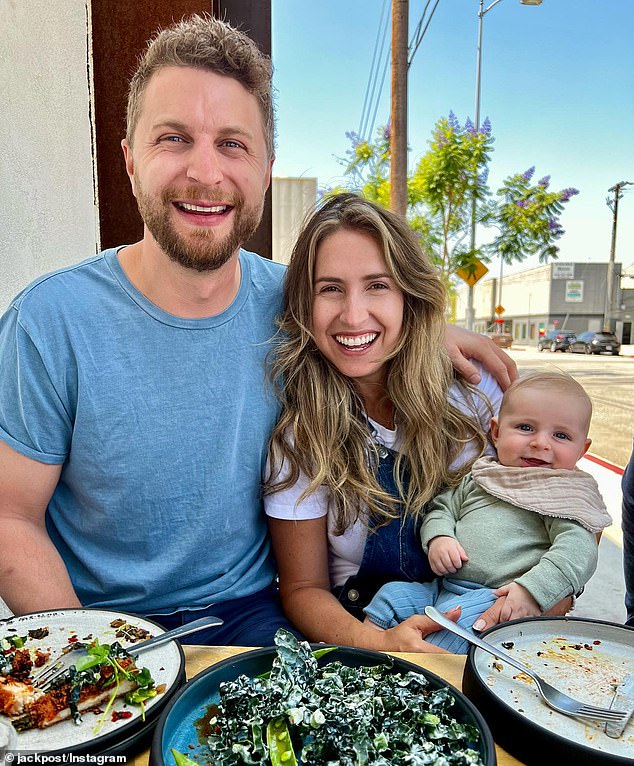 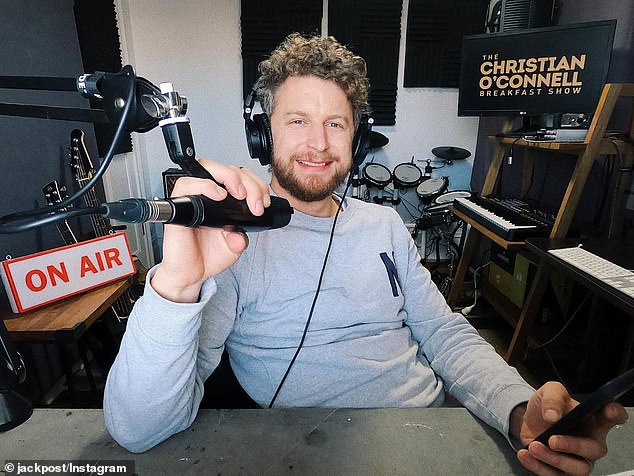 ‘It started when my son was born in March, and you remember how giddy I was during the pregnancy. I was so excited for him. I couldn’t wait. I felt like I was across everything,’ Jack told his co-host.

‘I felt like I did 10/10 job of being a husband right up to the birth and then something changed after he was born, and it was really strange.’

While Jack was excited Gordon has arrived safe and healthy and Bianca was well, the ‘crazy amount of love’ everyone was telling him he would feel for his new baby didn’t come.

Does post natal depression affect men? What are the signs?

If your partner is pregnant or has had a baby, there might be times when you feel flat, down or irritable.

These kinds of changes are common in fathers and all non-birthing parents during pregnancy and early parenting. But emotional changes that last longer than two weeks and get in the way of your daily life could be depression.

If you’re experiencing any of the changes below for more than 2 weeks, get help. Speak with your partner, family or friends, and see your GP.

Changes in emotions and moods can also be signs of antenatal and postnatal depression. For example, you might feel:

‘I felt guilt and shame of bringing this little guy into the world who I am meant to love so much, and I can’t feel that for him…Now I love him so much but that didn’t come for three months,’ he said fighting back tears.

Jack said some nights he would sit alone on the floor of Gordon’s nursery with his head between his knees ‘crying uncontrollably’. 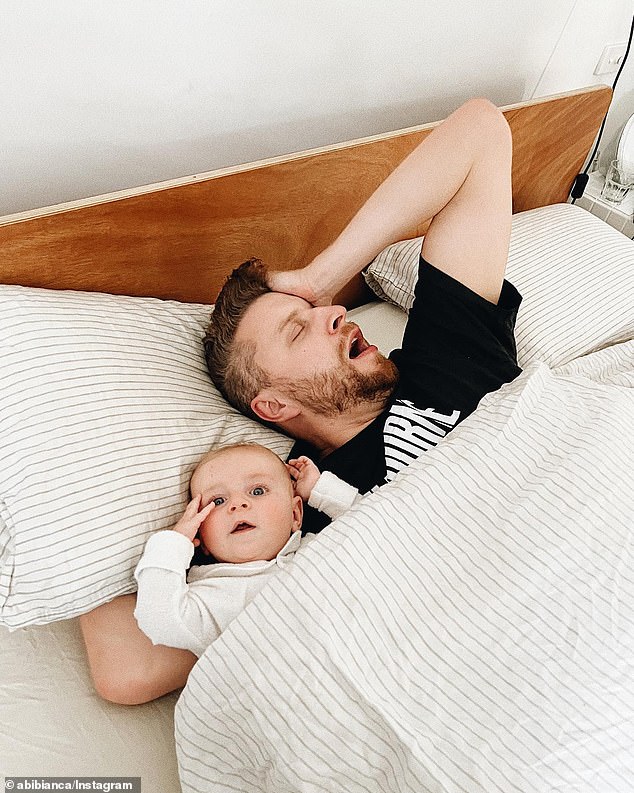 ‘I felt Bianca was the one who did all the work, she brought him into the world, she went through the pregnancy, and I am the one who has depression and is crying on the floor. I felt so much guilt and shame and embarrassment about that,’ he said.

The new dad struggled to accept he had depression but acknowledging his feelings and identifying he had a problem was a ‘weight off his shoulders’.

Jack’s family, friends and co-workers saw that he was struggling before he did and Christian even insisted Jack take time off work for a couple of weeks to recuperate. 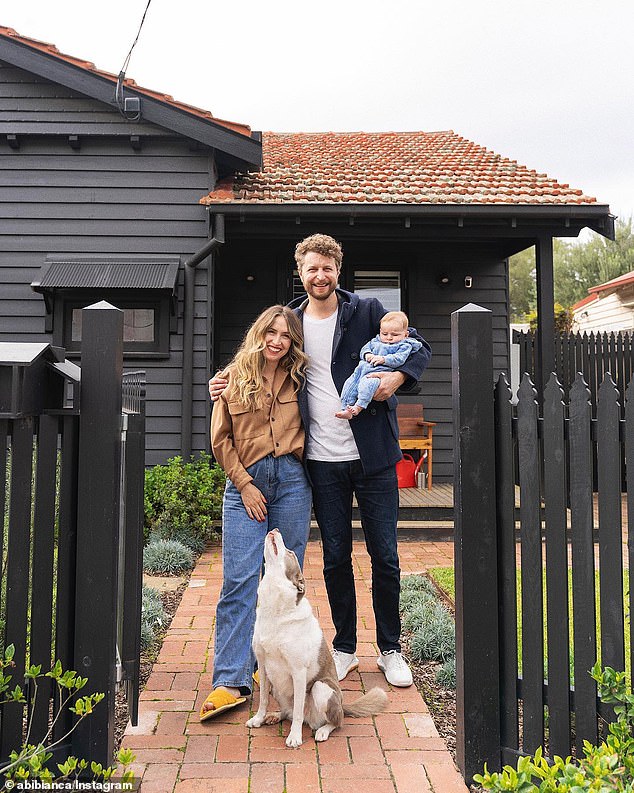 Through his experience, Jack said he has a ‘deeper empathy’ for people, better communication with his wife and friends and has become closer to those he opened up to about his struggles

He said he struggled to open up and talk about his depression with those close to him for fear of being a ‘burden’.

Who can I call if I’m feeling depressed?

If you or someone you know is at immediate risk of harm, call triple zero (000).

‘I remember convincing myself during it, if I tell people it’s just going to be a burden on them and I actually was convinced that everyone would be better off without me,’ he admitted.

‘Opening up and talking about it…it takes such a burden off your back. You can’t believe the burden it takes off you.’

Jack was also ‘reluctant’ to see a therapist but said it ‘changed everything’ when he finally did.

‘You convince yourself, I’m going to go in there and say this is me and they say ‘Get out, I only deal with real trauma, this is nothing, you’re just being weak, go suck it up’. Of course they’re not going to say that,’ he said.

Through his experience, Jack said he has a ‘deeper empathy’ for people, better communication with his wife and friends and has become closer to those he opened up to about his mental health struggles.

Jack said he has his ‘zest for life back’ and if he could back in time six months he urge tell himself to ‘make the first step’ and tell someone he wasn’t OK.

‘I would try and tell him as earnestly as possible, it does get better you won’t feel like this forever because you convince yourself it’s never going to go away – trust the process of telling people,’ he said.